Together we will stand strong: Commander Canadian Army 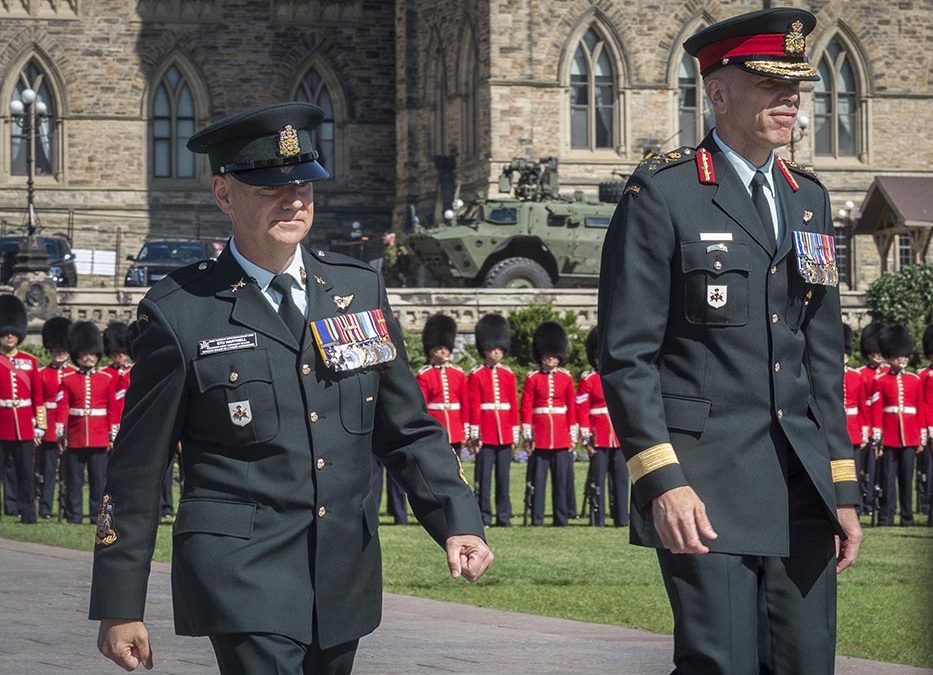 The new Commander Canadian Army (Comd CA) has officially stepped into the role with a pledge to give as much back to the institution as it has given him.

Speaking to an assembled crowd of military members, their families, and government officials, LGen Eyre recalled his long history in the CA, which began when he became an Army cadet at age 12.

“I owe a great debt of personal gratitude to the Canadian Army,” he said. “It has helped shape who I am today. I owe it so much and now it’s payback time.”

“For all those who currently serve, who still serve, and for those who came before me, I pledge to use whatever I have learned in the experience I have gained to continue building on the great tradition of the Canadian Army,” he added.

LGen Eyre’s own operational experience includes commands in volatile regions such as Croatia and Afghanistan, and he stressed the need for a fit, tough, land force that is ever-ready for all modern battlespaces.

“Our predecessors succeeded in doing the impossible because they were well-trained, well-led, and well-prepared. They did not hesitate to innovate and adapt. And we must do the same because the world is dangerous, violent, volatile and unpredictable. This readiness includes ensuring the total fitness of our force. We need to be physically and mentally fit, resilient and cognitively agile.”

He also thanked outgoing Comd CA, Lieutenant-General Jean-Marc Lanthier, who is moving to the position of Vice Chief of the Defence Staff. LGen Eyre noted, tongue-in-cheek, that the two had last swapped positions during the Afghanistan mission.

“Thank you as well for the superb handover. It was somewhat shorter than our last one in Afghanistan in 2007 where we wound up as roommates for two and a half weeks but no less well-thought-out. In this case you didn’t have to put up with my dirty laundry.”

In his address, LGen Lanthier expressed full confidence in the new Comd CA.

“As I leave this post I’m reassured that you will make sure that the Army remains strong, proud, ready,” he said.

“My final words are to the Canadian Army family, which is represented so admirably today by the Ceremonial Guard: I am immensely grateful for all that you have done and sacrificed for the Army and for all that you continue to do in the service of this nation. There has been no greater privilege or honour for me than to serve as your Commander.”

General Jonathan Vance, Chief of the Defence Staff, said both officers have served Canadians well and that he has no doubt they will continue to do so.

“These two leaders have demonstrated the very best Canada has to offer no matter the task. And I know they will continue to do great things for the Canadian Armed Forces.”

He thanked LGen Lanthier for driving growth in Army Reserve recruitment and for being a champion of CA Indigenous programs such as Bold Eagle and Carcajou.

LGen Eyre said ensuring the CA remains tolerant and culturally diverse is another of his priorities.

“It means cultivating a culture of mutual respect, diversity and openness,” he said. “One that does not tolerate inappropriate behaviour of any kind. We have enough adversaries out there who would do us harm without doing it to ourselves.”

“Members of the Canadian Army,” he concluded, “you are truly a force of good in this chaotic world. You have a transcendent purpose, and that is to serve and defend Canada. I look forward to once again soldiering with you and together we will stand strong, proud, and ready.”