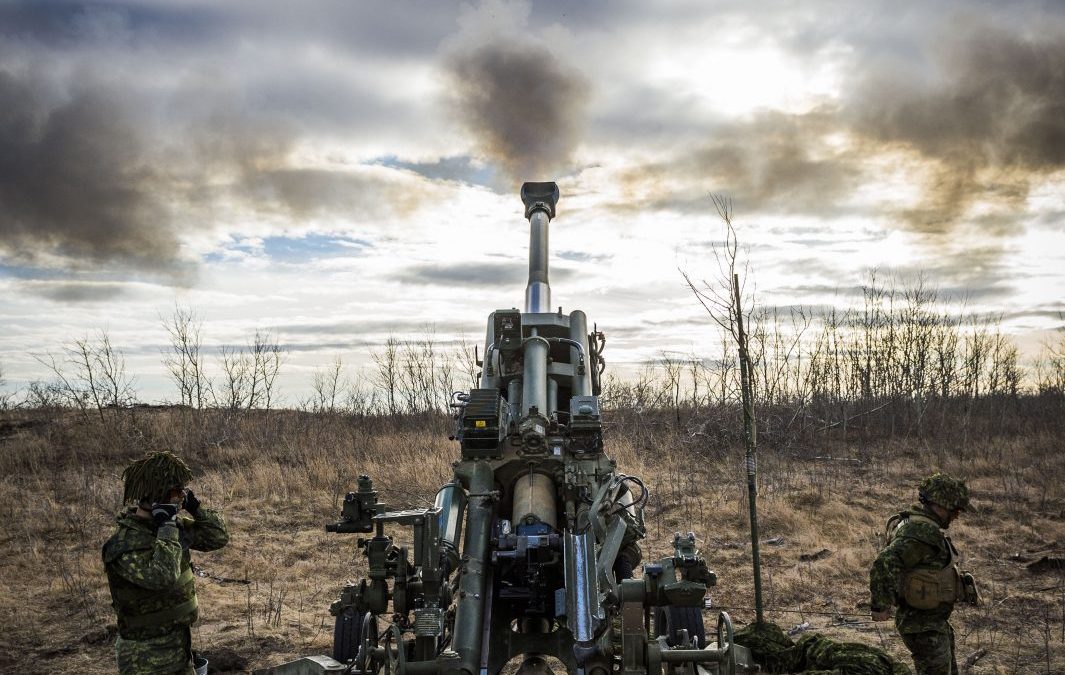 On a corner of Brigadier-General Steve Kelsey’s desk sits a marked-up copy of Strong, Secure, Engaged. Coloured tabs stick out from the well-thumbed pages of the new defence policy, placeholders for current and future capability investments that will drive much of his decision-making. 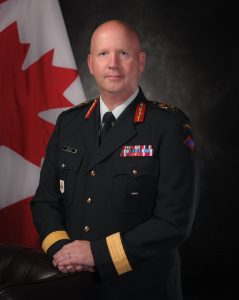 As Director General Army Capability Development – a title known internally as Chief of Staff, Strategy – Kelsey’s single largest responsibility is the Army’s capital program. It’s a complex, multibillion dollar assemblage of 48 major capital projects, each at a different stage of development, and on a different timeline, to be delivered over the next years and even decades.

While the details and requirements of each project regularly cross his desk, Kelsey has a more holistic view than most of why a piece of equipment is being acquired. Chief of Staff, Operations has responsibility for the readiness and deployment of the Army, but Kelsey has a mandate to adapt the structure of the field force to receive new capability.

In that broader context, he views the introduction of new systems through a lens coloured by the interplay among emerging technologies, future operating concepts, shifting security challenges, and the importance of interoperability across the Canadian Armed Force and with allies.

“Delivering on the capital program isn’t about just buying stuff for tomorrow. It’s actually about understanding the future operating environment, making good choices about what we will need, and then putting it in the procurement machinery,” he said.

“This job is about change. It’s about setting conditions for the army of the future. It applies equally to understanding our needs in terms of infrastructure and equipment, but also understanding how we need to adapt in terms of climate change and environmental obligations.”

The frequency and intensity of flooding and forest fires to which the Army has been asked to respond has an impact on future training and equipment, he noted. 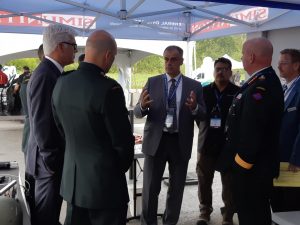 Defence procurement is a complex system of governance, oversight and challenge functions that can puzzle even its long-serving practitioners. For the Army, the buck starts – figuratively, if not literally – with the Army Capability Development Board (ACDB). The two-day meeting, which Kelsey chairs, is held every quarter and serves as the primary forum in which the merits of future concepts and capability, high level mandatory requirements, and project progress are debated and challenged – sometimes intensely.

An Army Science and Technology Board and the Land Operations Steering Committee will at times address similar issues, but the ACDB is “where we bring all the right people in a room” to hash out questions of capability and structure. The board also has representation from the Air Force, Navy and Special Operations Forces to ensure interoperability of C4ISR systems and to “keep us honest” about the size and weight of platforms that must be transported by air or sea.

“Everything is connected and the best way we have found is being as collaborative as we can in our analysis, but also then drawing the line to sustain the momentum,” Kelsey said.

And that is often the high hurdle. Science may underpin much of what the Army acquires today, but procurement is more an artform, he acknowledged. A truck usually replaces a truck, albeit with more features and greater capacity. But because of the pace of technological change, even in new vehicles, there is a risk of perpetually being in the identification and options analysis phases as the project team strives to capture the latest iteration of a technology.

Unless the ACDB draws a line, confirms the requirements, and pushes toward a delivery date, each new rotation of project staff will bring forward new ideas – often for valid reasons, he noted – that can potentially derail momentum.

“The risk of doing the right thing is further delay. My responsibility is managing that risk, and when necessary elevating it for a decision. The risk is, if we get to definition on a project by a certain date [and then propose further changes], money is being apportioned overtime based on that. If we delay what we are doing, then our ability to spend the money is affected, the project gets delayed, and that affects our credibility,” Kelsey said.

One of his challenges to project staff is to know and understand a project’s history. Fresh thinking is important, but it can run counter to ACDB consensus and decisions reached years earlier.

Among the many goals of the defence policy is a more streamlined process for capital expenditure management and planning. That may occur in time, but the Army needs to initiate and sustain momentum immediately, Kelsey acknowledged.

“This policy is a blessing for us, but it is a huge load. It’s causing us to hold up a mirror. We are very predisposed to focus on operations, on readiness. Now we need to put some more horsepower into capability development. To keep the momentum on our projects, based on when the funding is coming, based on the targets set by the policy, we actually need more people in my line of governance to enable momentum.”

Staffing within the Directorate of Land Requirements is now a priority one posting and has reached almost 100 per cent; by comparison, staffing across the Army’s headquarters is currently about 92 per cent. The Army is seeking private sector contractors for some specific work to bolster projects. And although it is not under his purview, Kelsey is also “fighting” for additional funding and resources for the Assistant Deputy Minister Materiel branch of National Defence to keep projects moving once they gain traction. 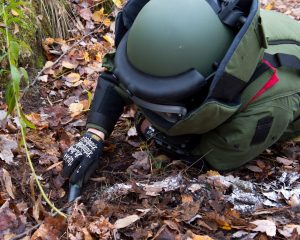 Among the many projects on Kelseys plate is CIED modernization. Photo: DND

Among a shortlist of projects that will require “major muscle movements” through various approvals are the C-6 machine gun replacement, logistics vehicle modernization, enhanced recovery capability, and the Land Vehicle Crew Training System [see page 22 for a profile of the project].

“We are looking at which projects are lagging and who do we need to engage to make sure the costing doesn’t become an eight-month delay.”

Avoiding delays and moving more projects through the procurement system at a steadier pace suggests a great level of agility. Kelsey’s approach has been to focus on communication and encouraging more collaboration to initiate momentum. That might seem counterintuitive to a hierarchical and directive military culture, but it’s critical to change management and achieving enduring solutions, he said.

“The thing about Army organizational culture is that we are obliged to be agile and adaptive to a future threat that we don’t actually have a complete understanding of. So that change mentality is absolutely inculcated in our culture. But it is equally true that we are guardians of tradition and there is an institutional resistance to change when it comes to the structure of a unit or how training is conducted. It is conflict in the sense that it is ideas in opposition.”

Debate within the Army for a particular capability, or a new structure of a light infantry battalion, or how to access more capacity from the Reserve “is rarely a discussion about why we need to do it, it’s the how,” he observed.

To monitor the progress of the capital program in response to Strong, Secure, Engaged (SSE) – and perhaps reduce the number of stickies in the document – Kelsey would like to create an online dashboard to help “get better at the business of what we do.”

He credited his predecessors with the idea but admitted, as a new guy in the job – Kelsey began in December having previously served as chief of staff to the multinational land component command in Iraq – an online tool would allow him to see the holistic picture and track progress.

“Each organization [in the Army] has very detailed and responsive synchronization tools – Excel spreadsheets. But we need a tool that is a layer above, that allows us to understand in the context of SSE if we are on track, if we’re making the right choices.”