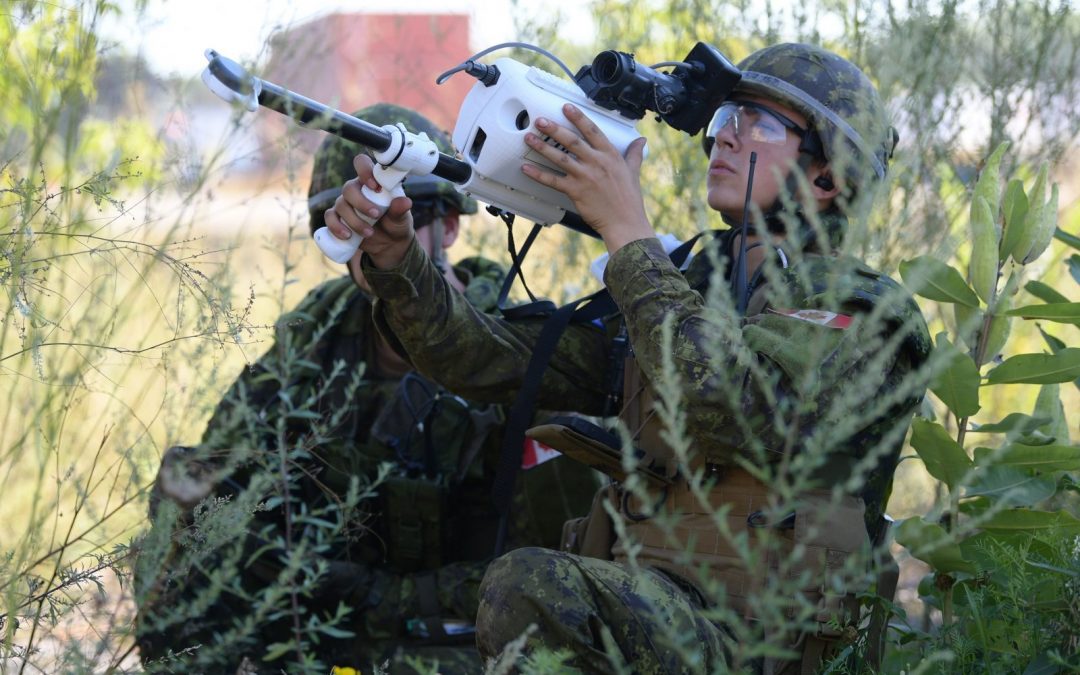 These dense urban jungles are home to millions of civilians, making it easy for enemy forces to operate covertly. Using traditional warfare will result in high collateral damage. Therefore, special technologies will be required to overcome many of these challenges unique to megacities.

To that end, the CUE 18 tests focused on exploiting intelligence, surveillance, and reconnaissance (ISR) systems and manoeuvering capabilities of military personnel to increase mission success while reducing risks and casualties to civilians and military forces.

Led by Defence Research and Development Canada (DRDC), with participation from defence laboratories in Australia, New Zealand, United Kingdom, and the United States, scientists and engineers came together with strong support from the Canadian Army to gain greater understanding of the complexities of conducting military operations in megacities. A wide variety of newly and still-in development technologies were stressed and tested, establishing their military value in relation to emerging urban threats.

In parallel to the land operations, a tabletop exercise was also conducted to assess the likely effects of the fielded technologies on Light Forces. Senior military officers, scientists and engineers provided observations and insight that will enhance understanding of the future capability development challenges associated with operating in highly populated and urbanized centres. 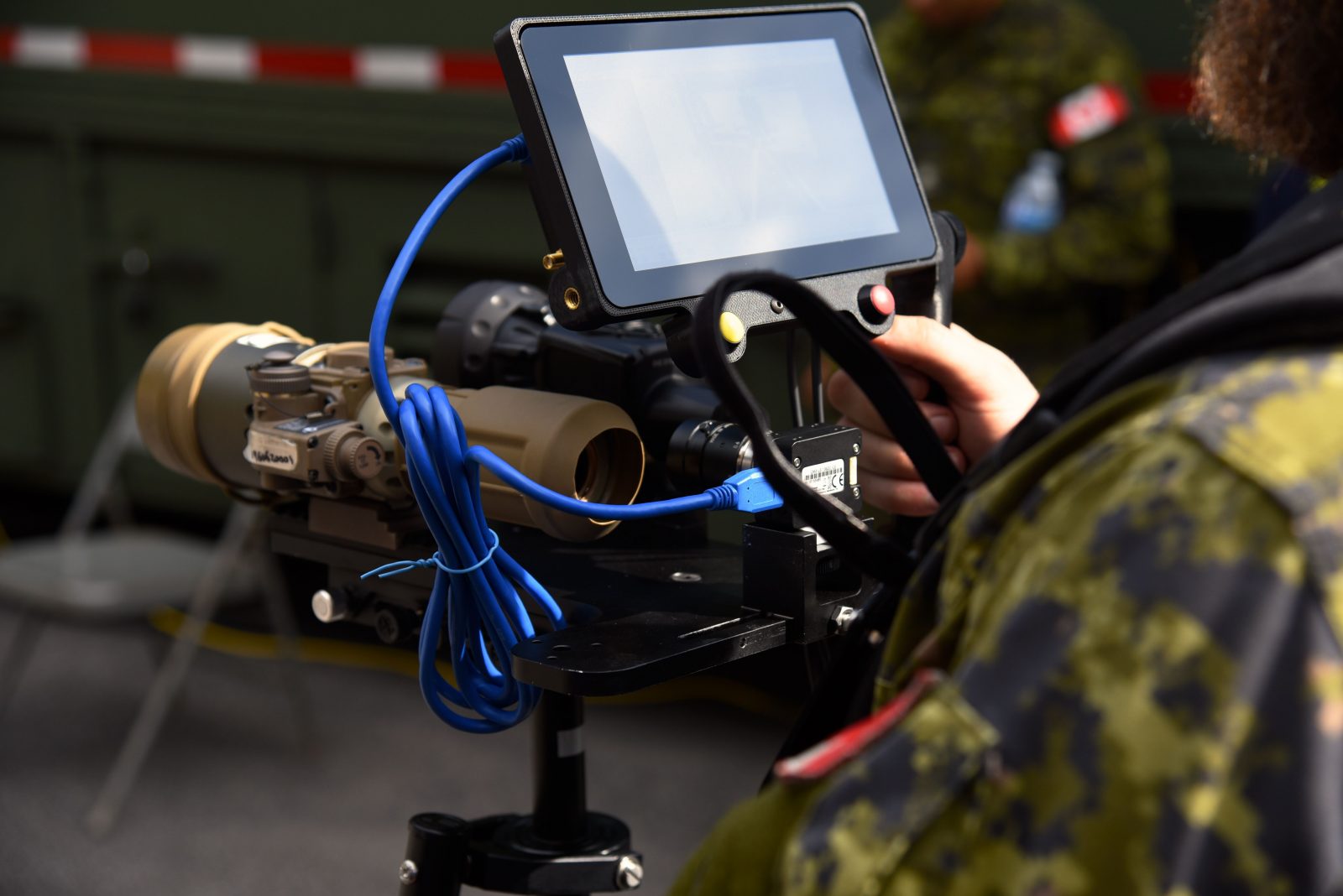 A man-portable version of the electro-optical imaging kit.

From a scientific perspective, the primary research questions focused on what types of technical capabilities will be required to allow manoeuvre while achieving sufficient firepower, protection and mobility to enable adequate force protection, and what strategies and technologies can be used to prevent an adversary from occupying or traversing an area of land while providing commanders with greater freedom of action?

The majority of the experiment was conducted within Côte-des-Neiges Armoury, at Belvedere Mont-Royal, along de la Montagne Street and a private area of Silo 5 in the Old Port of Montreal. Approximately 80 personnel from the Canadian Armed Forces and 150 researchers and scientists participated.

Soldiers were trained on the use of the technologies prior to the trials. Three types of missions – theatre pre-entry, deliberate offensive operations, and hasty defensive operations – were conducted to test and stress the technologies. Data collection in the form of field observations, interviews, and questionnaires were taken through the missions by a team of operational research scientists.

Technologies tested included a variety of autonomous systems ranging from wide area motion imagery sensors, to drones collecting information to map terrain, identify persons of interest, and emplace ground sensors to capture pattern of life movement. Other systems under investigation provided a diverse range of data streams that were collated and fused into an enhanced common operating picture, affording the commander heightened situational awareness and leading, in turn, to improved decision making.

Given the enduring challenge of crowd management in urban terrain, the experiment also explored the efficacy of several nascent technologies to address this issue.

While the engineers, contractors and scientists who built the prototype systems evaluated their technical performance under field conditions, the Operations Research and Analysis Team (ORAT) focused on the military utility of the new equipment, specifically examining the research question: Do these technologies have the potential to improve the operational effectiveness of soldiers operating in the urban environment?

The ORAT’s evaluation combined direct observation of the soldiers utilizing the technologies in different situations with feedback provided through structured surveys and after-action reviews. This is a highly useful approach recognized by the five nations as it assists in validating work conducted in national defence research programs.

One hurdle the OAs overcame was encouraging the soldiers to consider what operational benefits and effects the technologies could offer rather than focusing on specific design weaknesses of the prototype systems they used. Nonetheless, Canadian soldiers were excellent at providing useful feedback on user requirements to improve the experimental systems.

Trials like CUE 18 have some artificiality to them due to the nature of the setting, but they offered scientists from multiple nations the opportunity to work together and get great insights into the evolution and direction in which they should take their scientific research for the benefit of our militaries.

CUE 18 was the second in a series of technology exploration trials. The first was led by Defence Science and Technology Group, and executed in November 2017 in Adelaide, AU. The third trial in the CUE series is scheduled for June 2019 in New York.