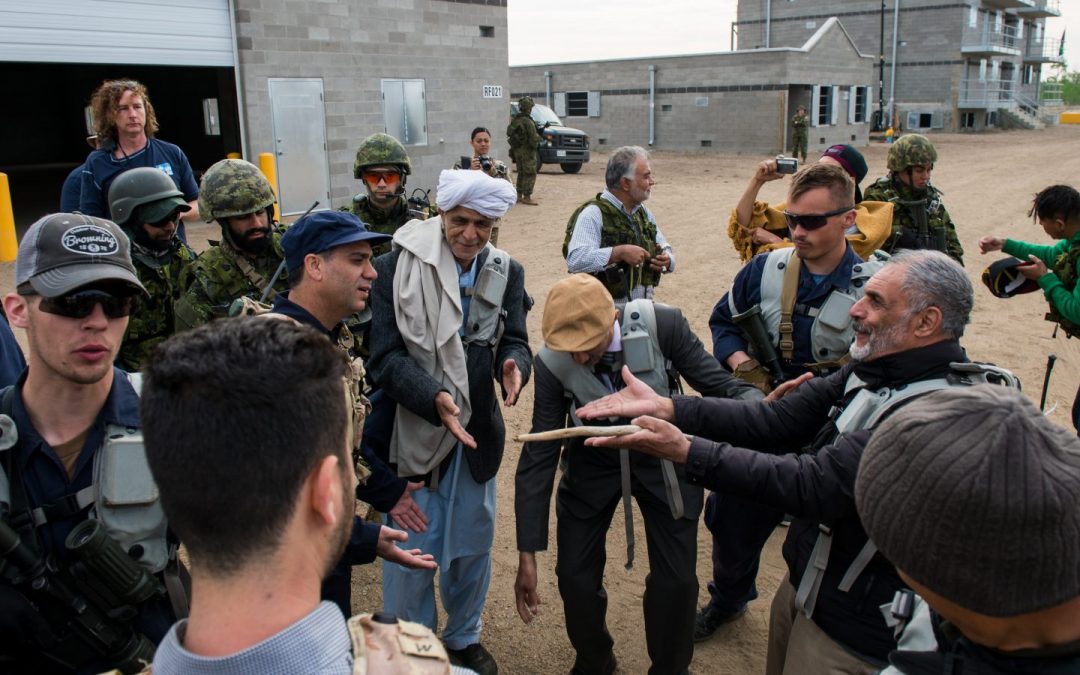 Influence activities (IA) operations were one of the main focal points at Exercise Maple Resolve 2018 (Ex MR 18), and the Canadian Army intends to substantially increase IA personnel by the end of 2019 to meet escalating demand.

A combination of psychological operations (PSYOPS) and civil-military cooperation (CIMIC), an IA team supports or ‘enables’ the success of a military mission through the fostering of goodwill and cooperation with local populations by communicating across cultures and providing assistance where needed during the mission.

“We’re in high demand, everybody wants IA now,” said Captain Pascal Dussault, the information operations observer-controller-trainer team lead for MR 18, who oversaw a joint United States-Canadian IA team. “This is really our bread and butter, because IA covers everything from CIMIC to media operations, PSYOPS, projects, production of information materials and social media. Communication is key.”

Maple Resolve is the culminating exercise on the Army’s Road to High Readiness, the flagship training regime that prepares soldiers for national or expeditionary deployments. MR 18 involved more than 6,000 military personnel from Canada, the United States, the United Kingdom, Australia and France at Canadian Forces Base/Area Support Unit Wainwright in May.

Among its many objectives, the exercise enables Reservists to work with their Regular Force counterparts. Integration of Regular and Reserve is an important component of Strengthening the Army Reserve (StAR), an initiative launched in 2016 to make the Reserve more operationally effective through better recruitment, sustained growth, mission specific tasks, training, education, new and expanded equipment, full-time summer employment, and greater Regular Force support.

IA is one area of StAR slated for immediate growth to fill a variety of positions.

“We’ve got our own specialized equipment and training to produce leaflets, magazines, video and radio segments that can be streamed online,” said Dussault, a veteran of numerous operations with NATO and the UN who serves with the Influence Activities Task Force (IATF).

“The IATF has 31 members who work full-time,” he said. “I’m one of the rare Regular Force guys who is full-time IA.” 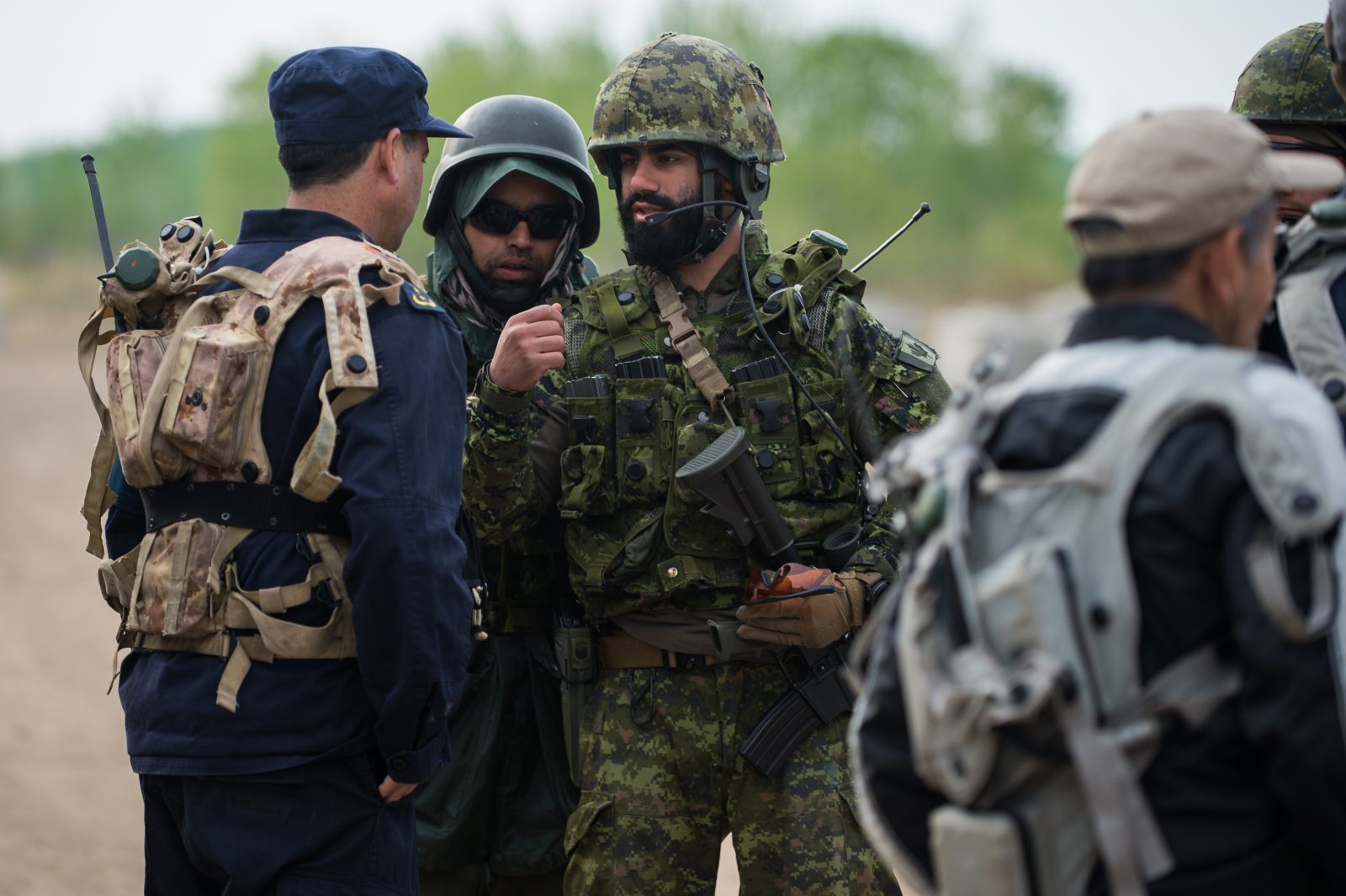 What role does an IA team perform on exercises like Ex MR 18 or missions overseas? PSYOPS officers do mission planning and approve products as well as lead teams; tactical operators support the mission by engaging with target audiences, friendly or adversary; and production teams create culturally appropriate key messages to audiences, again friendly or adversary. CIMIC teams, on the other hand, are comprised of members with specialized skills involving liaison, projects, media operations, civil engagement and social media.

“We’re still doing the old-school leaflet drops, plus distributing pamphlets and posters,” explained Dussault. “But we’re gearing more towards the new technologies because anywhere in the world I’ve served, even in the poorest countries, they all have cell phones. They even do their banking on cell phones.

“On Ex MR18, we worked very closely with public affairs, intelligence, military police and the padres. This was the first year that we were under the Information Operations umbrella, and Ex MR 18 was the first time we worked closely together as a group.”

During the exercise, the IATF members of the 2nd Canadian Division Information Activities Company and the U.S. PSYOPS Group conducted a flurry of activities. The CIMIC team operated at two mock villages to build trust with the “local population,” who were portrayed by actors.

PSYOPS members conducted an information campaign by distributing messages on social media and on paper. Those messages were designed to reassure villagers that the military presence was intended to be temporary assistance to help secure their boundaries.

“For areas where there will be combat, we will push messages to villages with campaigns like ‘Stay Home, Stay Safe’ and ‘Report Suspicious Activities’ as well as a tip line campaign,” explained Dussault.

His team also worked with the Royal Canadian Air Force (RCAF) for a mass leaflet drop over a mock village. “We use rice paper that melts within 10 seconds of coming into contact with water. The ink is made from vegetables, and yes, it is edible.”

The IATF continues to grow and evolve into a separate organization as it supports missions in Canada and overseas. “We are now attached under the Canadian Combat Support Brigade, which is our higher headquarters and which is under the 5th Canadian Division,” said Dussault.

Lieutenant-Colonel Eleanor Taylor, 5 Cdn Div’s senior planning officer, described the CCSB as “the champion of Canadian Army enablers.” The CCSB is comprised of five units that specialize in functions ranging from intelligence and influence activities to electronic warfare, artillery and field engineers. Each unit is staffed mostly with Reservists who will provide their mission-specific support on overseas training exercises and deployed operations. 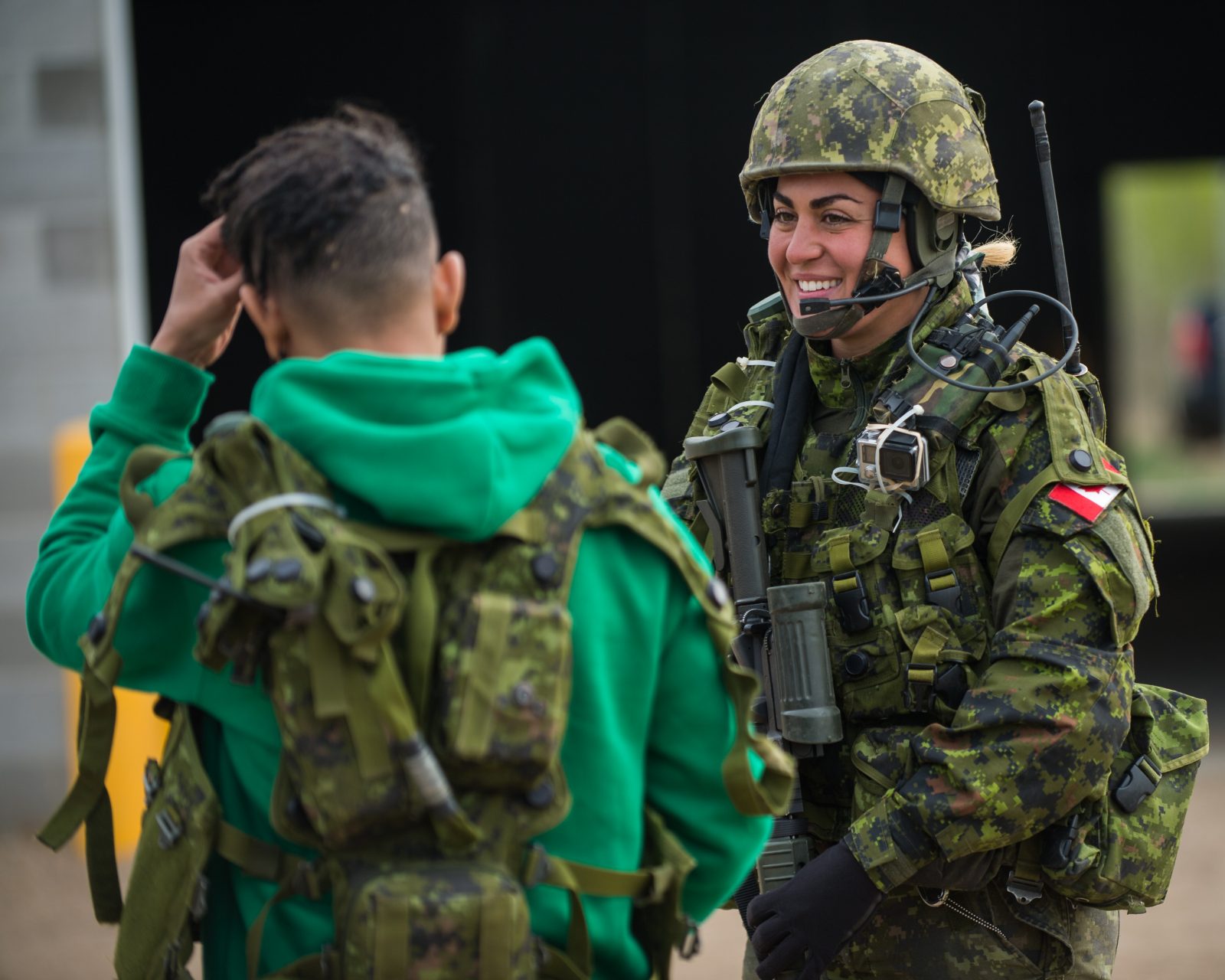 The IATF is mandated to support the first rotation on overseas missions, the teams that construct the camps and set up facilities for new operations. Consequently, IA members can expect to deploy on a variety of missions around the globe.

“I’m going to be honest, it’s very demanding. Our op tempo is very busy,” said Dussault. “For a small unit, we do a lot and our skills are in high demand right now.”

The IATF has openings for officers and non-commissioned members. Reservists from any element or trade can apply.

“There are two ways to join the IATF community,” said Dussault. “First, you can apply directly to the IATF in Kingston, and that’s a direct Reserve Employment Opportunity where you’d compete with others in order to join. Second, if a Reservist doesn’t want to work with us full-time at the national level, each Division has an IA company and you can apply to them.”