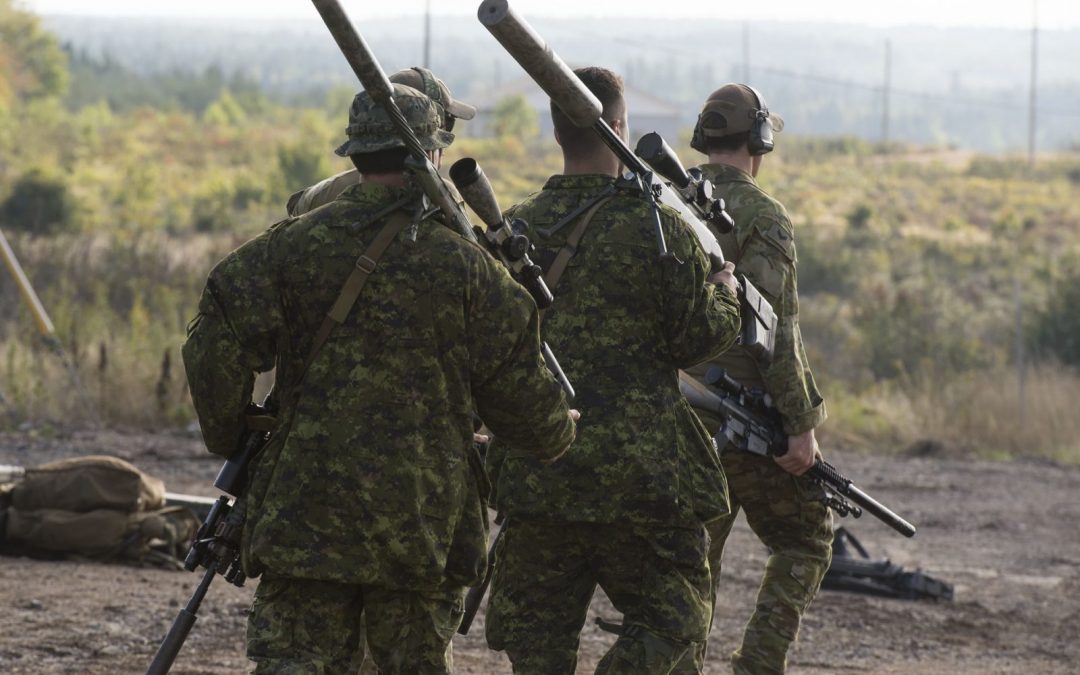 Two new weapons systems for the Canadian Army, the C6-A1 Flex 7.62-mm general-purpose machine gun (GPMG) and the C-20 sniper rifle, both coming from Colt Canada Corp. in Kitchener, Ont., are expected to significantly upgrade the already proven capabilities of their forerunners.

The C6-A1 General-Purpose Machine Gun is essentially the latest iteration of a design rooted in the Belgian Fabrique Nationale MAG 58 7.62mm NATO machine-gun developed in the late 1950s. With its reputation for extreme reliability and precision, the C6 has been a mainstay of the Canadian Armed Forces since its introduction.

While the current GPMGs have proven highly effective in all kinds of environments, they were procured more than three decades ago. Normal wear and tear, including battle damage on Army combat deployments, has taken more than 1,000 out of service and the clock is ticking on the rest. This high “burn-out” rate has impacted training and readiness of Regular and Reserve forces.

The GPMG project brief from the Department of National Defence (DND), updated in 2017, put the total cost of 3,626 guns and accessories at $124.2 million. Colt Canada has begun initial shipments to Canadian Army depots and Major Carl Gendron, the Directorate of Land Requirements’ lead for infantry weapons, expects distribution to Army units to begin in November

While the main focus is on giving dismounted soldiers a more effective weapon – as well as lightening their overall load with lighter ammunition bags and enhanced slings – the procurement also includes more than 700 coaxial versions which are minimally different from the dismounts’ gun. These are for mounting on light armoured vehicles and battle tanks as a secondary weapon to their main armaments, but slaved to the same sighting system and with a different loading mechanism.

As for the C-20, it was formally selected by the Army in August and, as of this issue’s publication, the government’s formal purchasing arm, Public Services & Procurement Canada was going through final analysis. This is expected to be lead to a contract with Colt in early 2020, which would set up for first deliveries next fall. The number of guns to be delivered isn’t clear at this point but there have been indications that it could be 300 or more

The C-20 is the latest development based on the Armalite AR-10 NATO 7.62mm battle rifle developed in the late 1950s. The AR-10 itself shares the design of the M16A2/C7 family with its straight-line barrel-stock configuration and composite and alloy parts. The AR-10 design has been a favorite for designated marksman for several years.

Canadian Army Today had an opportunity to handle a C-20 the 2019 CANSEC, the annual Canadian Association of Defence and Security Industries trade show in Ottawa, where a company spokesman described it as a significant evolution of an already proven weapon.

Gendron took that a step further during the interview a while later. “I would say that the C-20 is the best semi-automatic weapon in the world right now,” he said. “The whole package came together very well.” The semi-automatic builds on the C7/8 family of 5.56x45mm rifles currently in service.

Colt has said the C-20 has shown that it can average 0.66 minute of angle (MOA) accuracy during endurance testing that involved over 144 five-round groups, all shot from cold and with a suppressor. Army testing has yielded 1.0 MOA, which Gendron suggested is a challenge in a real-world environment. That translates into 1.047 inches of bullet drop at 100 yards with a 7.62x51mm NATO round.

“On top of that, we asked for endurance, maintaining accuracy over a minimum of 8,000 rounds,” said Gendron. “I’m not aware of any other rifle in the world that is able to achieve that kind of performance, but when Colt delivered, and we did the formal testing . . . it was more accurate and reliable than we expected. Out of two guns, we were able to run 17,000 rounds without stoppages which is, again, extremely impressive.” 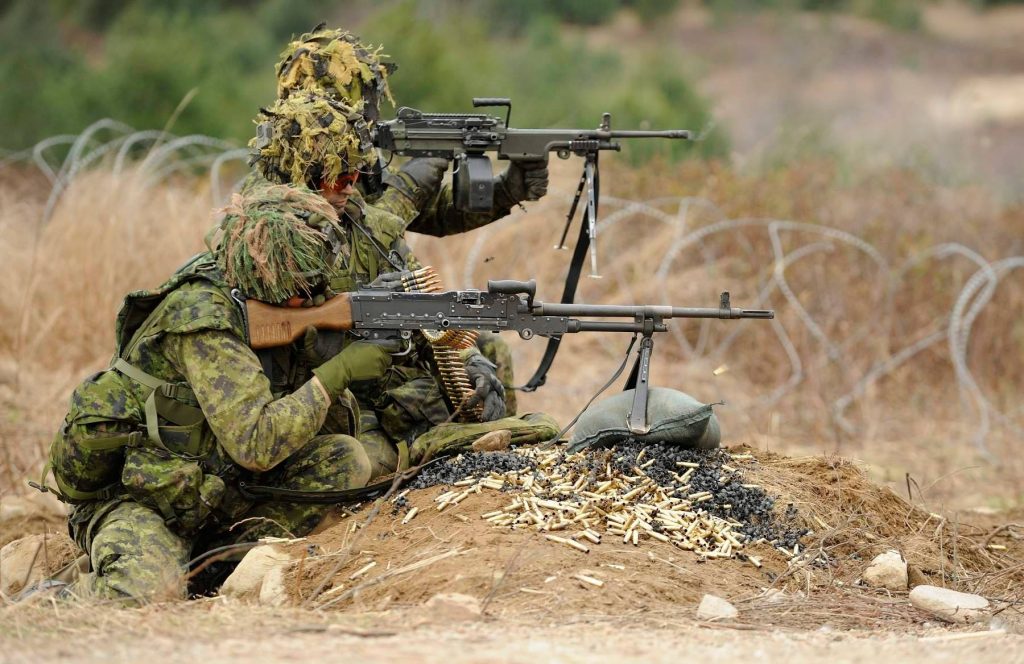 James Grant, section head for the Small Arms Capital Program with the Directorate Soldier Systems Program Management, said that once basic size and weight requirements for the C6-A1 were set, they had pushed for “sniper-quality” precision. “It was about the ammunition types, the grain we wanted, so we had barrels made up with specific twist grades, very prescriptive on length, etcetera. The functioning is the same but it’s the minor changes that make it better

More effective ammunition is a critical element of the program, despite an understandable decision to stick with the proven NATO standard. “We could argue that some other calibres are better,” Gendron acknowledged. “We’ve been using a 168-grain bullet, but we’re going to bump it up to 175,” he said. “The extra kinetic energy means added range, an evolution of an already highly-optimized weapon.”

All this begs a question: Was much of this capability already in Colt’s inventory, or did the company have to do a lot of development work to meet the Army’s requirements?

“I don’t think there was much,” replied Grant. “The basic design starts with the American lower receiver, so Colt Hartford (Connecticut headquarters) shipped up some starting blocks. That gave us a platform to build on. We knew that we were going with Colt’s new modular rail rifle. Its upper receiver has all of the M-LOK (modular locking accessory mounting system) to mount all the stuff. We knew we were going in that direction, so Colt had to design and develop that piece to go on it.

“We wanted a certain length so that we could have scopes and night-vision, etcetera, so they basically machined those from scratch and then sourced all the little bits such as the buttstock, which comes from Lewis Machine & Tools in Iowa. We wanted a lot of adjustment, but when we put it through our trials, our master snipers and weapons techs came up with . . . ideas for improvement.” 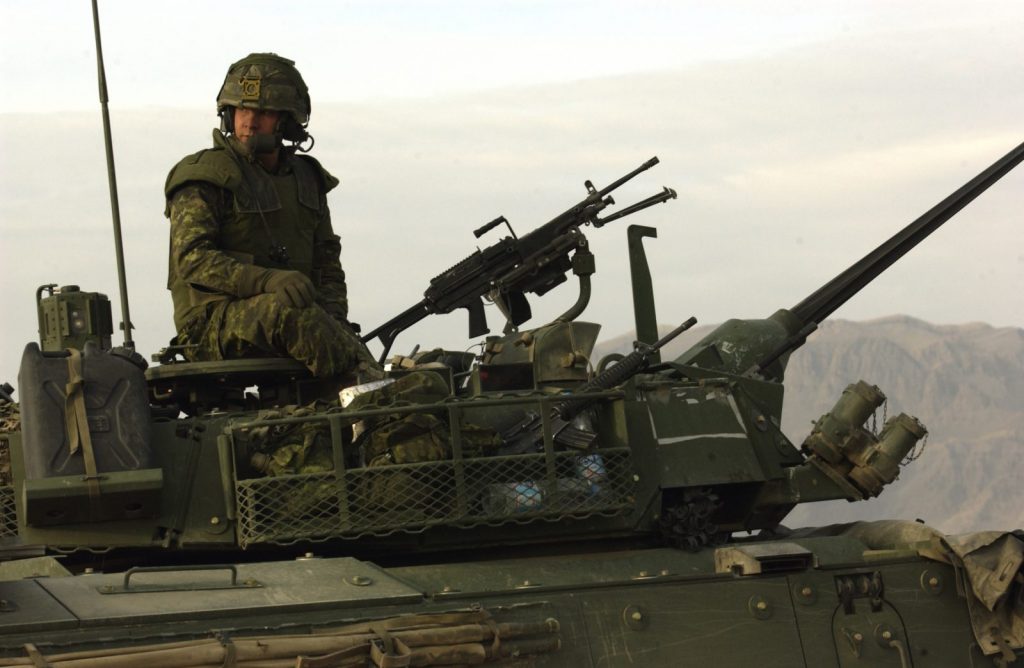 With the C6-A1 an imminent reality for the Army and the C-20 coming down the track, that sets the stage for another project: A new Canadian Modular Assault Rifle (CMAR) to replace the current C7 rifle, a Canadian license-produced version of the U.S. Colt M16, often considered a benchmark in its category.

“We’re working on different case analyses,” said Gendron. “We’ve been doing some preliminary testing to see how far we can take it. . . . It’s very promising; it’s going to leverage what we’ve learned from the sniper project and what Colt has done with the C-20.”

One possibility is a calibre other than the NATO-standard 556x45mm round used in the C7, but that’s very much a matter for discussion. “It seems we’ll be able to provide accuracy out to 500 metres and maybe all the way to 1,000 to provide effective suppressive fire,” said Gendron, adding that one of the lessons from Canadian Armed Forces’ operations in Afghanistan and Iraq was that “you need the ability to engage at 800 metres as well as better optics and night-fighting ability.

The overall approach to the new rifle has also been driven by the operational reality that besides the open spaces of the Afghan conflict, fighting in urban theatres will become the norm. That means the CMAR will need to be adaptable to be fired in confined spaces and preferably suppressed so that enemies can’t immediately pinpoint where the fire is coming from. To save weight at the end of the barrel, titanium suppressor are considered rather than traditional steel one. Suppressors also makes it easier to stay on target with multiple shots. It’s one of a number of lessons carried over from the sniper community.

Gendron, a member of the Royal 22e Regiment, with deployments in Bosnia and Afghanistan, calls these urban environments “feral cities.” Entire neighborhoods often are controlled by insurgents or local warlords in what are essentially fortified locations. Radio communications and unmanned aerial surveillance can be problematic, if not downright impossible, especially when the enemy uses sewers and other underground infrastructure to get around. He said the Russians learned that at tremendous cost when their centuries-old feud with Chechnya erupted anew in the 1990s.

“This is the reality of the future,” he said. “Populations keep expanding, all the areas where we’re potentially going to be involved are going to be large population centres. We need to be able to adapt. What does very well at long range might not work so well in that environment.”