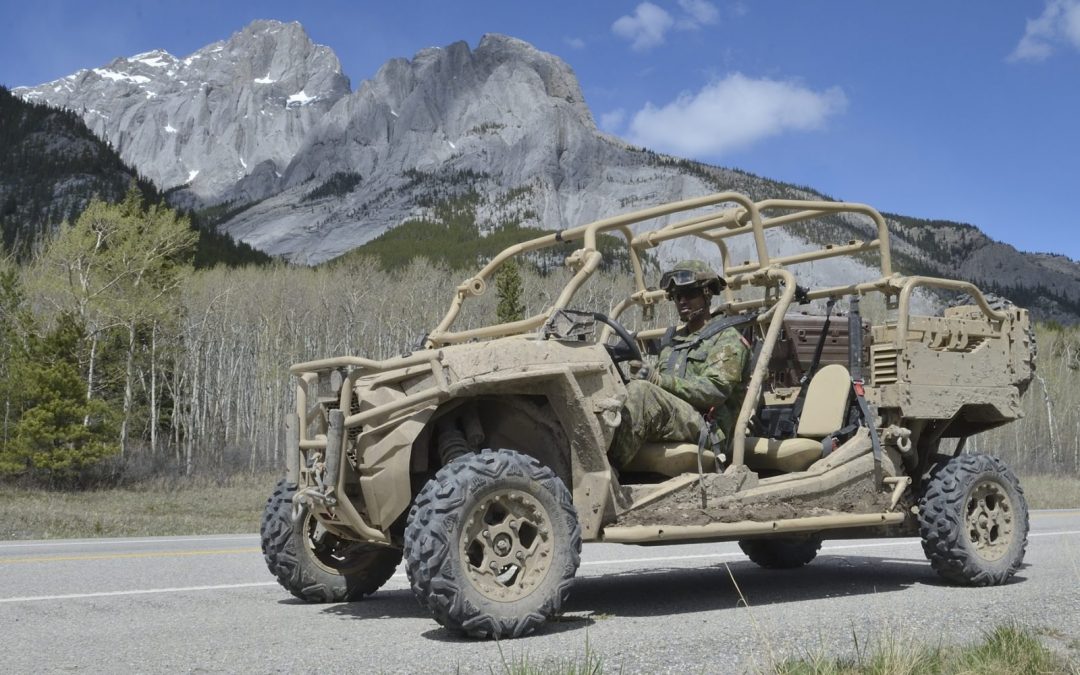 For the past 20 years, the Canadian Army’s light infantry battalions have been light by default, not by design. In an effort to address that gap in capability, successive Army commanders have since 2015 made it a priority to rethink the construct of Light Forces, including designing and equipping the light battalions in a way that allows them to fully operate in a light role.

“We are purposely building Light Forces,” said LCol Stephen Noel, the program manager for soldier systems in the Directorate of Land Requirements (DLR) and the section head for a project known as Light Force Enhancement.

The initial focus has been on the structure of Light Forces, primarily at the battalion and company level. But the second spiral, which will unfold over the next decade, is aimed at better equipping those battalions by improving mobility, tactical communications, and dismounted weapon systems such as medium range anti-armour, indirect fire, and other lightweight protection.

Among the considerations for enhanced mobility is a light utility vehicle, transportable by CH-147F Chinook helicopter or CC-130J aircraft, for insertion of reconnaissance, sniper teams or other advanced elements of a company, or for combat service support or casualty evacuation. 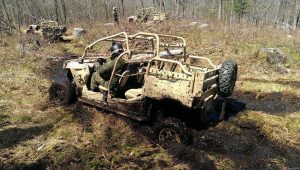 Putting the Polaris MRZR through its paces in a wide range of terrain. Photo: DND

Since January 2017, the Army’s three light infantry battalions have been evaluating and validating the concept with the MRZR-D, a four-wheeled utility task vehicle acquired from Polaris Industries through a competed buy-and-try in 2016. Each battalion received 12 of the 36 MRZRs and four of 12 trailers with which to experiment, including at Exercise Maple Resolve 17 in Wainwright.

While the project team provided some guidance on how the vehicles might be employed, the Edmonton, Petawawa and Valcartier based battalions have been free to explore additional uses.

“We’re still getting the idea and mix right,” said Noel. “These have to be able to get the Light Forces to the objective, with the right number of soldiers and kit. But at the same time those forces can’t be tied to the platform. We are not dedicating a driver or a gunner, so these won’t operate like a LAV company. They have to be platform agnostic.”

The initial idea was a vehicle more akin to a four-wheel dune buggy. The MRZR is a different class, Noel noted. “We’re into a much faster, more mobile vehicle. But it still maintains a light and low profile. And the soldiers have been impressed with the class of vehicle.”

It’s not a vehicle for an improvised explosive device (IED) environment, but it would provide a dismounted section or platoon another means of insertion, often over terrain away from IED-infested roads and trails, that expands their range.

It might not offer the blast protection of a larger armoured vehicle, “but the trade-off you get is with the agility, low profile, range and speed,” said Noel. “We’re going from a construct where a light battalion would mount up in the back of a vehicle and transport, a platoon at a time, to a drop off point, where they’d conduct their operation and then extract by some mechanism. We’re not divorcing ourselves from that ability, whether it’s air mobile, airborne or amphibious, but a lighter vehicle is going to be one of those components.”

In 2016, for example, Canadian Special Operations Forces Command contracted for the smaller Polaris DAGOR ultra-light combat vehicle, and began accepting delivery of 62 in February as part of a $23 million deal to deliver “a unique complement to our existing mobility arsenal,” according to CANSOFCOM commander MGen Mike Rouleau.

Now “big” armies are kicking the tires as they look for something with more agility and at a lower price point than the traditional High Mobility Multipurpose Wheeled Vehicle, or Humvee, Malikowski said. “[The MRZR] is much lighter than a Humvee [and] it’s much more robust than a commercial side-by-side vehicle.”

Polaris has strengthened the suspension and added steel to more of the frame, but has retained lighter plastics to conserve weight and “make it affordable.” The company produces over 350,000 vehicles a year for the commercial market, “so we have taken all that understanding of what it means to operate off-road and brought it into these vehicles,” he said, including ensuring all components are easy to access and repair in the field. The MRZR is also certified for airdrop.

In brigade and battalion exercises over the past 12 months, the vehicles and trailers have been tested in swamps, mud, snow, through forests and up mountain sides, and all with impressive results. The battalions have never had a capability like the MRZR before, “so I’m not sure they [could] compare apples to apples,” Noel noted. “But they love it. It is certainly better than having to huff everywhere on foot for those specialist teams.”

DLR is still in the identification phase of the project and has not yet defined the requirements for a future vehicle. But things like reconnaissance insertion and logistics support “are becoming more solid,” he said.

The project team is currently gathering and assessing user feedback, and will likely seek approval to move forward from the Army Capability Development Board and Defence Capability Board within the next year.

“We need to assess that feedback and the trade-offs between this class of vehicle and something heavier,” he said. “Ultimately, there are several options available to us: do we go with a full-up light fleet, something a little heavier, or a mix of both? Or do we give a larger vehicle to another element to move the light battalion?” The team has also been looking at a range of other platforms, he noted.

To date, however, the trials have proved the concept. “We’re still trying to define how Canada sees our Light Forces role and the equipment to fill that role. But the feedback we’re getting is that a light platform like this is viable.” Until a decision is made, the infantry battalions will continue to test their MRZRs.