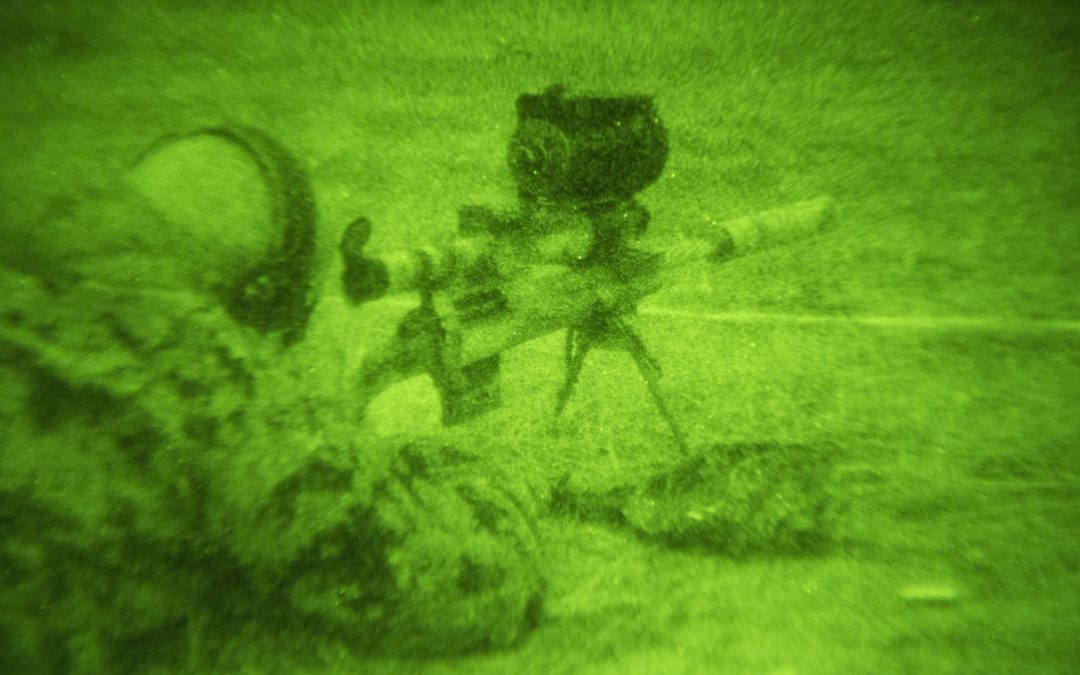 We own the night. It’s a mantra of many Western militaries and certainly one to which the Canadian Army subscribes. But as the technology associated with night vision systems improves, the Army’s edge might be slipping.

Investment has not kept pace with technological change, even as the battlespace has become equally about night and day operations. With an increase in project funding, however, the Army is developing a “long-term vision” for night vision.

LCol Stephen Noel heads the dismounted soldier systems program for the Directorate of Land Requirements, a portfolio that encompasses an array of projects to enhance soldier survivability and improve capability, from the medium range anti-tank system to a new assault rifle and C6 machine gun.

“We have never had a holistic look at what we need for night vision – things like handheld thermal imagers, laser target designators, binocular and monocular night vision goggles. We acquired them through individual projects, but now we are trying to wrap our arms around all that and define what we need,” said Noel.

As with most technology, the equipment that comprises a night vision system is dramatically changing in form and function. Not only is everything smaller and lighter, with longer battery life, but different capabilities are being fused into single products.

And the timing might be fortuitous. While the Army’s current systems are capable, equipment like the thermal handheld imager is no longer sufficient, and it will be prohibitively expensive to maintain beyond 2020. 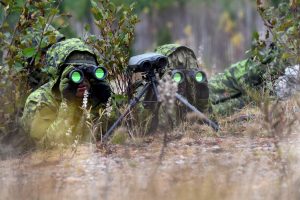 “The night vision goggles (NVGs) and thermal gear we currently have is great. But there are more modern versions out there and technology is rapidly advancing,” said Noel. “There is a lot of talk about fused sights, where a fused thermal and image intensifier (II) is on the cusp of becoming marketable in the next few years, and at the price point we can afford. And the optics, just the magnification ability, can be built in a small magnifier that can work with any of these sights. It’s a bunch of technology coming together at the right time, so a decision now can get us on the right path.”

With new technology may also come new techniques, tactics and procedures for how an army fights by night. Noel noted that the Canadian Army has relied on laser target designation with a monocular, which is zeroed to the weapon and visible in the NVGs. “But that doesn’t give you the thermal to see targets by night, and we know that a mix within any force is needed. The thermal is going to give you that detection at a far range, but you need the II to give you that recognition at the closer range.

“The way a soldier needs to fight at night, to move across terrain and identify targets in different environments, is going to change,” he added. “It’s not just the sight and target designator, it’s also the thermal aspects. So, this is very much a holistic project.”

Further complicating matters is the relationship with a number of other projects currently underway. New equipment will have to integrate spiral 2 or 3 of the Soldier System Suite that will be delivered to soldiers later this year. And it will also have to factor in soldier and vehicle identification and blue force tracking projects. Although separate, Noel said night vision systems and soldier identification will need to proceed in tandem to ensure compatibility.

“If I’m going to designate my friendlies with a thermal patch, then I need to be able to see that thermal patch. The guy with only the II sight cannot do that,” he observed. “It’s not just about finding the enemy, it’s about making sure we are all safe fighting at night.”

To better understand the range of new capability and how the Army might employ it, the project team has been doing a lot of “tech watch” and some experimentation with the infantry battalions of 2 and 5 Canadian Mechanized Brigade Groups in Petawawa and Valcartier, respectively, through small buy-and-try trials with different manufacturers and researchers with Defence Research and Development Canada.

“We’ve had troops with some of the most cutting-edge II and thermal systems in different scenarios, trying to answer questions about detection recognition, optimal ranges, and the trade-offs between fused and inline systems,” said Noel.

The feedback will help establish a baseline from which to test and evaluate other systems, and to inform some of the preliminary requirements. One of the challenges for industry will be signature management. Depending on the solution, electromagnetic (EM) emission could pose a problem.

“Whatever we put on a weapon or give soldiers is going to emit, so we could be creating a huge EM bubble around a platoon as they move that is easily detected,” Noel said. “And if they all have laser designators that can reach out 5 kilometres but we only want them to detect and fire at 600-800 metres, that’s an issue. These things are all being taken into account.”

The Army is experimenting with exoskeletons and energy harvesting, which might help reduce the battery load of some weapon systems.

However, whatever the Army acquires, they won’t become part of a soldier’s permanent kit. “It is going to be a bit of equipment management,” Noel suggested. “You train up and get it as you need it. There will likely be a mix of II and thermal needed at the platoon level.” Older equipment will likely be retained for training purposes.

The project is in the early identification phase and will be seeking approval to move to options analysis this fall.