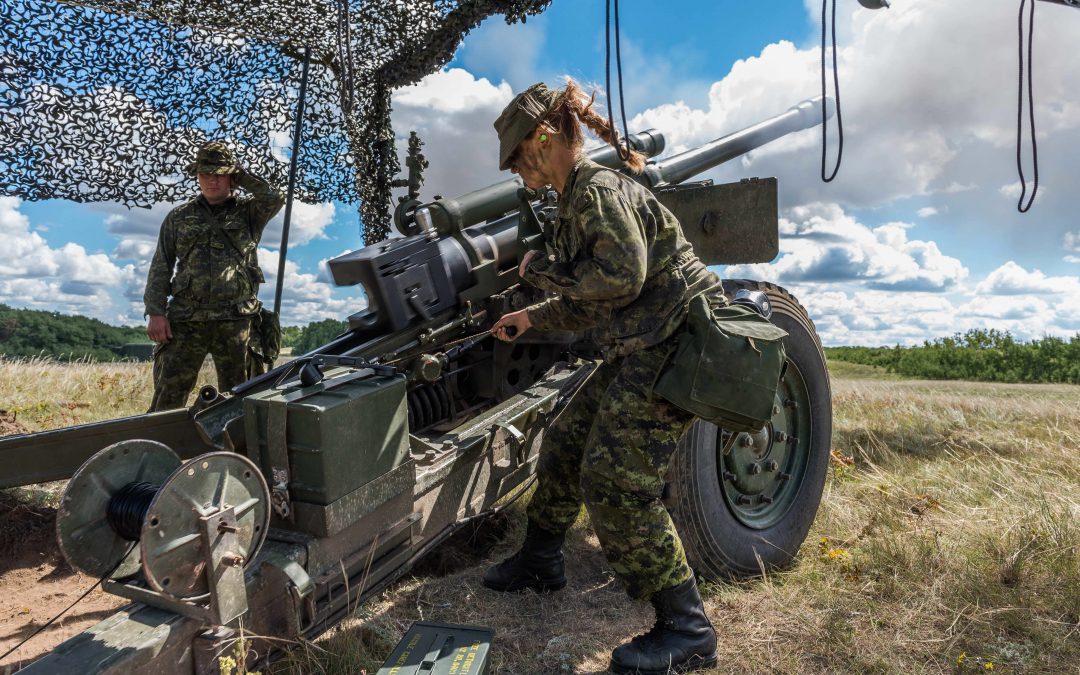 History is written in the names of Canada’s Army Reserve units, from the Rocky Mountain Rangers to the Royal Newfoundland Regiment, and more than a hundred others across the country. In peacetime and in battle, across Canada and around the world, Army reservists have brought stability and peace, shoulder to shoulder with Regular force soldiers.

Colonel Robert Foster, Director of Army Reserves, is part of that history. At age 48, he has already served over 30 years in the Canadian Army, beginning in the Reserves as a Guardsman with the Governor General’s Foot Guards in 1986. He eventually rose to command the unit and then move on to be the Deputy Commander of 33 Canadian Brigade Group, all on a part-time basis.

Concurrently, his day job saw him as a full-time reservist. He was appointed Army Domestic Operations Officer on Sept 10, 2001, the day before the terrorist attacks in New York and Washington. “That created a lot of activity for a number of years,” he said with quiet understatement.

At Defence Research and Development Canada, Foster worked with the Centre for Operational Research and Analysis where he deployed defence scientists into operations. “I put about 70 into Afghanistan, into the Mediterranean, and into U.S. Army Central Command in Tampa, Florida.” In 2011, he deployed to Afghanistan as Chief, Training for Counter IED at ISAF headquarters in Kabul.

In 2014, he was appointed Director of the Army Reserves, “a challenging job in that it was really established to provide advice and guidance to senior Army leadership on any of the challenges that may be facing the Reserve force. It is everything from policies that affect the Reserves, to budget, to equipment, to resources, to understanding the cultural difference between a Regular force member and a Reserve force member.” 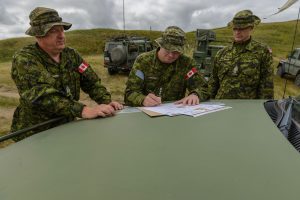 The ultimate goal is to make the Army Reserve more operationally effective, he said. “And I think we are getting there with all the various initiatives that have been launched. The key component is the StAR Initiative.”

In 2015, General Jonathan Vance, Chief of Defence Staff, issued a directive called “Strengthening the Reserves,” formally initiating action across the Canadian Forces. The Army responded with the Strengthening the Army Reserve (StAR) initiative in June 2016 aimed at making its Reserve force more efficient and relevant in supporting missions at home and abroad. A dynamic document, the StAR initiative has since been updated and renewed, with guidance and direction both from an Auditor-General’s Report in 2016 and, more recently, the government’s new defence policy.

“Really, it is about building a stronger Army Reserve that is representative of the people of Canada and the population centres than can support the Reserve force,” said Foster. It includes 12 unique activities that are all interconnected, including recruiting, growth, mission tasks, training, civilian education, equipment, Regular force support, full time summer employment, modifying or changing the budget and infrastructure.

“The biggest piece so far is taking back ownership of Army Reserve recruiting,” Foster said. When LGen Paul Wynnyk assumed command of the Army, he called for a change to Reserve recruiting. “It was completely contrary to how we had been doing it for the last decade, so as of 1 April 2017, the Army now owns Army Reserve recruiting. It has its challenges still, but it is getting much better. Instead of taking six months or longer to get somebody into the Reserve, it is now being done ideally within two parade nights, but generally within weeks.”

Army Reserve units are starting to see great success, particularly in Quebec where over 200 recruits enrolled within the three-week timelines. And other areas are starting to catch up. “Part of the issue we had is making sure we had recruiters trained to understand the process,” he explained. “Because we are so used to the old system, in some cases, Reserve units were actually holding back and not enrolling people because they were waiting for the training system to start. As a result, the numbers are a bit off, but we are trying to change that picture as well. Gen Wynnyk is very aware of that particular problem. And the way we describe it, it is a good problem to have. We are going to challenge our training system to deliver better training, and more frequent training.”

The StAR initiative last year identified 16 units for growth, with input from Reserve brigade groups and also the Army division headquarters staff. Units were selected based on an assessment that they would have the ability to grow from a population base that is reflective of current Canadian society. “You look for a population between 10 and 30 thousand people that would serve as a base for recruiting. We identified those units, largely in major urban centres, where the population is expanding. We are seeing those units start to get stronger.”

At the Department of National Defence, ADM Infrastructure and Environment is responsible for providing the right facilities to the Canadian Armed Forces, including Reserves. “We’re working with them to ensure that the armouries they provide for us, whether they be 100 years old or future facilities, actually meet our requirements,” said Foster. “The footprint that we’ve got is really based on the 19th century and armouries used to be at the centre of town.”

Because downtown real estate is expensive and population growth is occurring in the suburbs, there is an easy argument to place facilities away from the downtown core because it is more cost-effective. “But the reality is that in major urban centres, most often we still want to be in the downtown core because it gives you greater exposure and it is also tied into the urban transit lines,” he said. “A lot of people work downtown or go to universities that are close to the downtown core and if you put it in a suburb, then they have to transit across the city and getting to that location becomes a challenge. We are looking for the right balance: Do we have multiple armouries in a downtown core, which is extremely expensive and valuable real estate, or do we modify slightly and maybe have other locations as well?”

A major StAR component and one Foster believes could be a game changer is full-time summer employment. Announced in the defence policy, it is expected to go into effect in the summer of 2018.

“About 15 or 20 years ago, Reserves would train Reserves in massive camps, and we would have Regular force support staff brought in as well,” he said. “That may be [what] we go back to or we may need to look at integration with our Regular force units so that maybe it becomes an on-the-job training process. This is where we need a mindset or cultural change.” 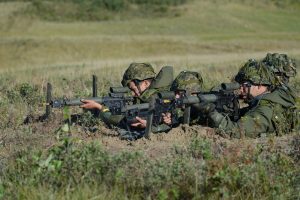 A section of infantryman defend their arcs at the infantry position during Exercise BISON WARRIOR.
Photo : Cpl Jean Archambault

Pointing to the Auditor General’s Report and articles in the media, Col Foster noted the equipment shortages that have been identified. “One of the key things that we need to get better at is equipment,” he said. “The reality is that the defence budget is only so big. There is only so much equipment to go around. And when you give it to a Reserve unit, typically what ends up happening is that equipment doesn’t get used to its full potential.”

The challenge, he said, is to find the best efficiencies and the best economies of scale so that equipment is both fully utilized and reservists get time to train on it.

“I recently briefed a Reserve command team course, and one of the questions was from a unit in southern Ontario. He basically said, ‘so you’re telling me the equipment will be in Petawawa, a 10 to 12-hour drive away or further. So how do I get access to it?’ It comes to the issue of cultural change. What may end up happening is that we get the Regular force unit to put the equipment on a low-bed trailer and drive it down to that Reserve unit and allow those soldiers to train on it for a period of time, as an example.”

The biggest obstacle Col Foster sees is changing the culture. “Military personnel, whether they are Regular or Reserve, don’t like change. They like their traditions, and my view is that we really need to stop thinking of the militia of yesterday and we need to concentrate on delivering what the Chief of Defence Staff and the defence policy are calling a part-time force that is operationally effective, delivering a full-time capability. I think it will take a generation to change, but it can be done.”