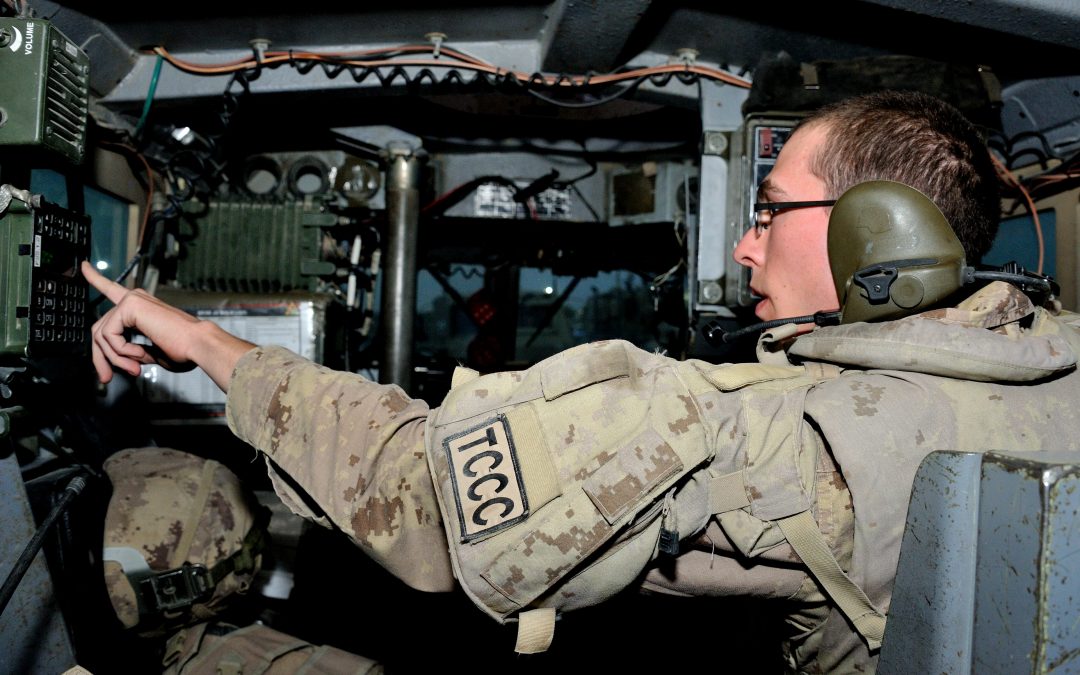 Henry V had it easy. When the hero of Shakespeare’s play of the same name wanted to communicate with his troops, he gathered them around him. When faced with an objective in the heat of battle, all he needed to do was to point and yell, “Once more into the breach, dear friends.” Intelligence was a simple matter as well – he sent out scouts who came back and told him what they saw or he went and looked for himself.

The situation today is considerably more complex – and likely to become ever more complicated in the future. The Army’s force employment concept of Adaptive Dispersed Operations (recently change to Close Engagement) foresees a future with a range of possible scenarios – from peace support, to counterinsurgency, to out and out war – in which forces are spread over large areas, and working across the dimensions of land, air, sea and cyber, often in rapidly changing circumstances. 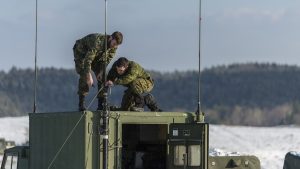 To manage this, “the Army must be network-enabled, capable of exchanging information laterally and vertically, between sensors, weapons, vehicles and command and control nodes, and enabling information accessibility by the right person at the right time,” according to Designing Canada’s Army of Tomorrow, a key document in Army 2021 planning.

That’s the ideal. At present, however, the Army faces challenges in realizing this goal. Major Sebastien Paradis, a signals officer with the directorate of Land Requirements who is guiding what the Army terms its Land Command Support System Modernization (LCSS), characterizes it as an “obsolescence problem” combined with and compounded by the need to balance bandwidth against range and “interoperability.”

LCSS modernization is intended to overcome these problems, providing commanders in the field timely information and connecting them with dispersed forces for rapid communication. In practice a single, integrated system as the name suggests, LCSS will feature three separate components.

The aim of the tactical communications modernization “is to replace the bearers,” said Paradis, tech talk for the radios, fibre optics networks and other communications tools that carry or “bear” communications.

The Army will acquire new radios, both voice and data capable, to provide line-of-sight and non-line-of-sight communication. The new radios are intended “for every level,” said Paradis, from “the command post level, unit level CPs, sub-unit CPs,” right down to the platoons and sections in the field. The upgrade will also give soldiers a tool that is interoperable with allies and readily scalable, according to the size and type of the mission for which it is needed. The project is currently budgeted at $690 million.

A $150 million project to modernize or recapitalize the hardware and software used in static or mobile command posts, this program will provide end users in command posts or on the move with computer terminals running interactive digital maps, showing not only the terrain but also up-to-date information from the battlespace, including friendly and opposing force structures and sizes.

“It’s the applications, the networks, the servers,” said Paradis. “We need to be able to do the battle planning and battle management in a digital way.”

While the Army already does this, there are “some technological and information management limitations,” he said. Overcoming these may require a major change to the system’s “architecture,” which is currently set up to run as a server-to-client system. “We’re not sure whether the next system will be server-client, or peer-to-peer, or cloud based.”

Another key aspect of the TacC2IS modernization will be an upgrade of the Army’s in-service communications fleet to accommodate the new equipment and extend the working life of the vehicles.

“The first is to replace some obsolete sensors,” said Paradis, noting that some systems used for gathering battlefield information – for example, the Acoustic Weapon Location System (AWLS), the Lightweight Counter Mortar Radar (LCMR) or the current family of unmanned aircraft – are out of date “or will be when the project delivers.”

The second part of the project involves sensor integration. Paradis said data from ISR systems, whether they provide a “broader view to find objectives” or a narrower view “designed to do identification,” needs to be gathered, stored, and collated in a manner that allows quick access to troops on the ground, shortening the sensor to shooter circuit.

“This sensor integration will be linked to the TAC 2CIS,” he explained. “It needs to be on the same server suite or at least available on the same user display. We don’t need a different network to distribute it. It’s also linked to the Tac Comms Modernization – all the sensor information needs to go from the sensor to the HQ and to the shooter, so they will need the data bearers.”

Once all the pieces are in place, the Army will have a flexible top down, bottom up and lateral system, interoperable across the CAF and with allies to share information in a combat environment. “[If] there’s an important report or some important intelligence at the HQ level, they will be able to send that on as a digital product to the soldier,” Paradis added. “Or if the soldier is doing some close observation patrols, he can take a picture and send that back to the company or battlegroup HQ so they will be able to plan the attack properly with the right representation of the objective.”

The speeds with which a commander can learn about a situation, evaluate it and then plan a course of action will increase, perhaps not to the speed that Shakespeare’s hero was used to, but much faster than even a few years ago.

That is still some way off, Paradis acknowledged. “The schedule is really rough, and it will probably change. For the Tactical Communications, we are looking to go into the definition phase [of the procurement cycle] by 2025, and the implementation phase by 2027. We should have initial operating capacity by that year and full operating capacity by 2032.”