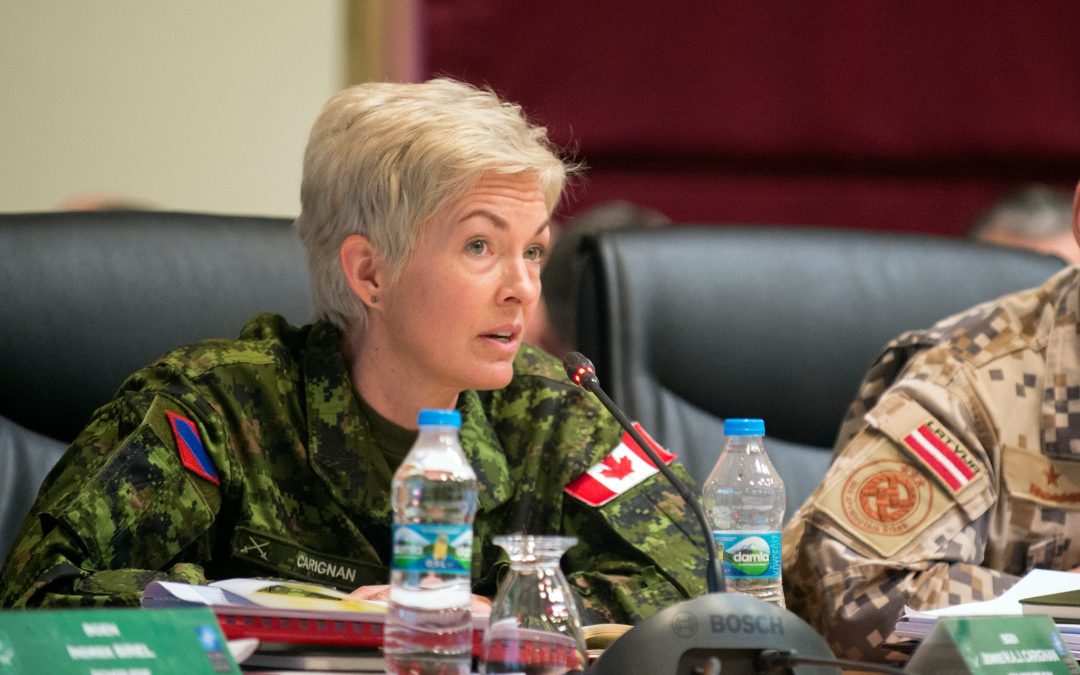 The Canadian Army (CA)’s Chief of Staff for Operations, Brigadier-General M.A.J. (Jennie) Carignan, says senior officers must always be open to ideas from the ranks in order to ensure the organization is as innovative as it can be.

BGen Carignan offered this and other insights during her opening address at a conference on the subject of Innovation Methodologies for Defence Challenges, held in Ottawa from January 30 to February 1.

Featuring a wide range of speakers from both military and academic circles, the event was organized by the Centre for National Security Studies (part of the Canadian Forces College), Royal Military College Saint-Jean, and the University of Ottawa’s Centre for International Policy Studies.

Soldiers, BGen Carignan said, are naturally less inclined to question or criticize their orders in the interest of completing assigned tasks in a timely manner, but this approach “limits our knowledge and the more we act the less we know.”

The higher ranks are often viewed as the main source of knowledge and new ideas may get shut down when they come from lower ranks, she added.

“I would like to remind you that Charles Darwin was 22 years old when he developed the theory of evolution. Let’s remember ideas don’t necessarily come from age and experience. We need to allow a certain level of dissent and questioning of assumptions and not feel threatened by our brilliant subordinates.”

While noting the battlefield may not always be the place for such discussions, BGen Carignan urged leaders to find the time for them.

“If you accept, you allow questioning to a certain degree and then you’re in a mode where people’s ideas are respected. It doesn’t mean that everything goes. It doesn’t mean you’re paralyzed and not moving forward because you’re listening to everyone’s ideas. We’re not always in crisis. In garrison, there’s time for that exchange.”

BGen Carignan joined the CA in 1986 and commissioned into the Canadian Military Engineers in 1990.

“I am your typical engineer. I am very much attracted to science because it provides me answers,” she said.

Despite that certainty, she explained, many of her planning and tactical tasks were a substantial challenge and she often felt disappointed in the results. In search of answers, BGen Carignan took on post-graduate studies 10 years into her career.

Those studies included areas of the humanities such as history and philosophy, which offered a fresh perspective. That, she said, “freed my mind” and “tore down walls” she’d built in her own mind, allowing her to see the CA more in terms of people than organizational structure.

“Structures are the fruit of our imagination. The Army doesn’t exist. Only the humans within the Army exist. When we rebuild those structures, we don’t focus on humans. Things are centralized, de-centralized, and re-centralized in a cycle.”

Structure is still key in organizing large organizations with common goals such as a military, BGen Carignan added, “but we have to think about it differently and we have to understand the limitations.”