Mentor and advise: The professional development of the Armed Forces of Ukraine 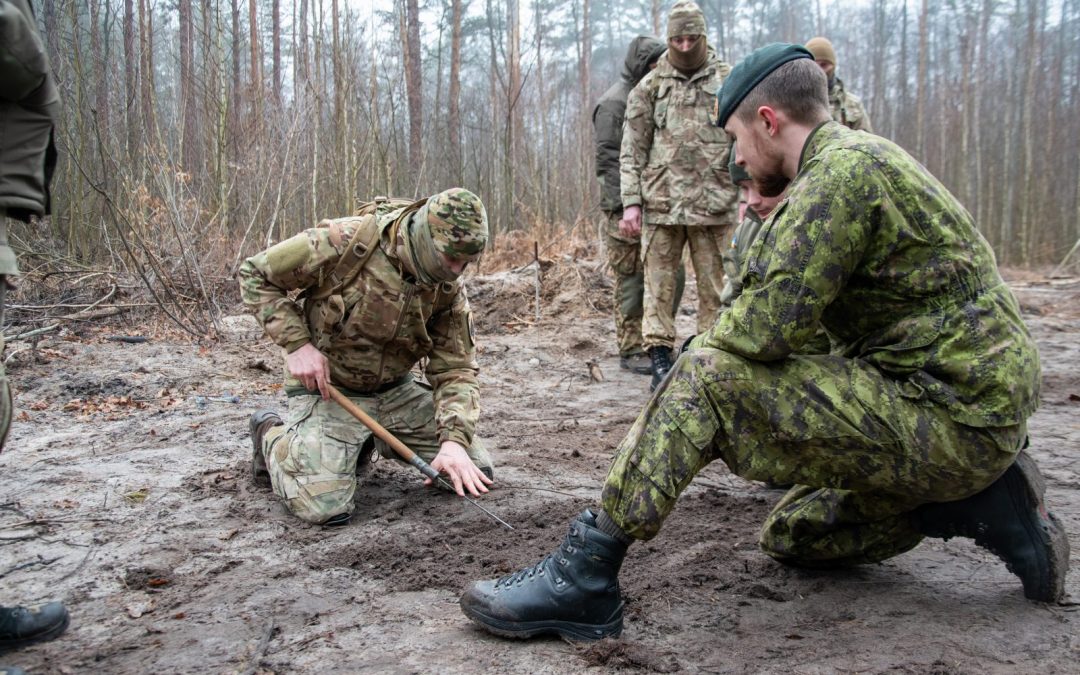 Canada launched Operation Unifier in September 2015 by deploying about 200 Canadian Armed Forces members in response to Ukrainian government requests for help to remain a sovereign, secure and stable government. Canada is part of an international effort that includes Lithuania, Poland, the United Kingdom, the United States, Denmark and Sweden.

In 2018, the mission expanded to begin working with the National Guard of Ukraine, an organization about a tenth the size of the Armed Forces of Ukraine (AFU). Flexible and agile, they too needed the same type of training Canada provides to the AFU to achieve NATO interoperability and increase their level of professionalism.

“We have moved away from direct teaching and into a mentoring and advisory role,” Canadian task force commander Lieutenant-Colonel Jeffrey Toope explained. “The National Guard of Ukraine has evolved from their earlier history as the police service of the Ministry of the Interior into a professional, flexible and reform-minded organization. It is now a very professional group of people. Since the 2015-2016 period, they have reformed and rebranded and now have a new purpose in life. They are moving away from the old former Soviet mentality. Now, it is very much easier to get things moving a lot quicker. In fact, sometimes we have to slow them down.”

“The move away from direct training to a mentoring and advisory role began some time ago and has been the objective of the multinational team that is providing training to the Ukrainian Armed Forces,” he said. “For example, our Combined Arms Training Group at the Combat Training Center in Yavoriv originally, in 2015, trained a company. Now we are training a brigade with two battalions with our U.S. partners under the multinational training program four times a year.” 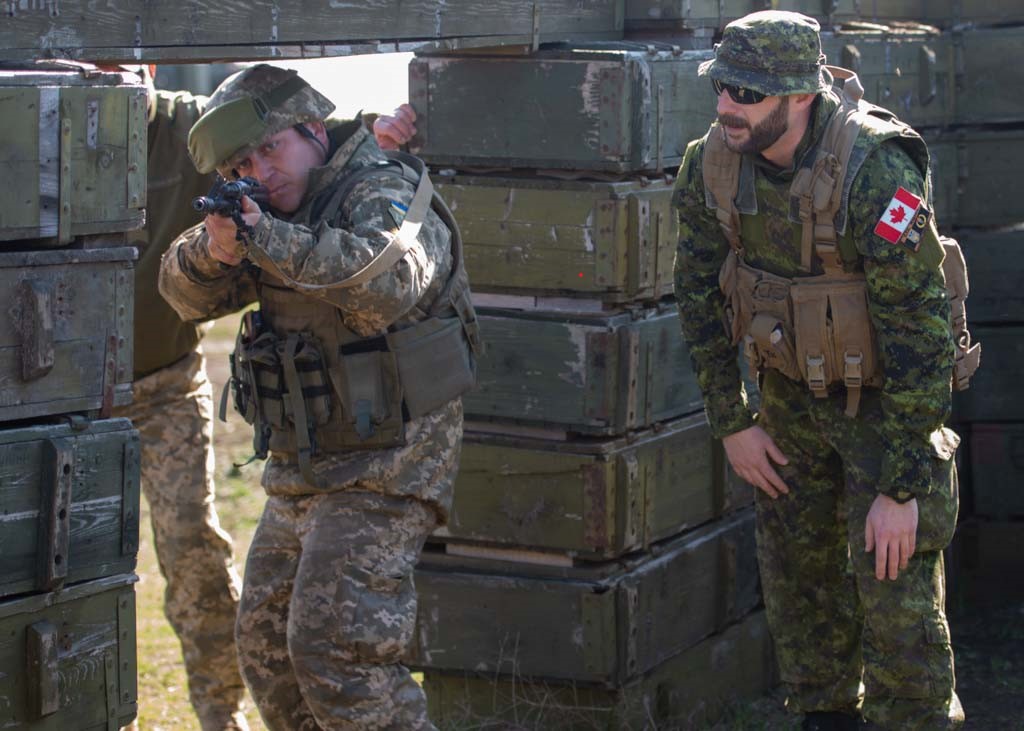 One holdover from the past is the lack of an effective non-commissioned officer corps, which in most other national military forces is the backbone of the armed services. Under the Soviet model, much of the education and training for the military would be done by senior field grade officers, lieutenant-colonels and colonels. In western militaries this is done by NCOs. It is these same NCOs who provide leadership and discipline through example, mentorship, instruction and direct communication with their colleagues and subordinates.

Training and education come from the Armed Forces Ukrainian Development Group, comprising 20 NCOs and officers who are focused on officer development and NCO development. The success of the training operation speaks for itself: Canadians have trained over 16,000 AFU members. But the numbers don’t reflect the whole achievement. During its 50 years as a Soviet Union member nation, the military had a very focused Soviet mentality, and in many ways, it continues to exist.

Toope underscored the operation’s multinational nature with Canada’s partnership with Lithuania on NCO development. “Lithuania is another country that has experience transitioning from a Soviet military model to a NATO country. So, we all worked together with the Ukrainian authorities to ensure that it became a Ukrainian solution. We then trained the trainers so that they can deliver it themselves.

“We’ve done a lot of work helping them with their NCO corps over the last two years,” he said. “And it’s really started to take off over the past year. My sergeant-major is conducting a professional development series, along with other chief warrant officers from our international partners.

“We are also teaching an intermediate leadership qualification course, the ILP, which is comparable to a DP 3 – basically your platoon warrant officer qualification. They are responding to it well and they are interested. Our people are now mentoring and monitoring in the classrooms to ensure quality control and quality assurance with them.”

In response, the Ukrainian government passed a new law increasing NCO pay, and recognizing NCOs and their rank structure. In the Canadian system, as in many other partner nations, the pay scales for NCOs and officers are parallel, but in the Ukrainian system it went from private to chief warrant officer, then jumped to second lieutenant. With the change it is now much more like the Canadian and American systems, giving the Ukrainian soldier more reason to remain. The aim is to improve recruiting and retention.

Toope also recognized the contribution of Military Police trainers. “Our Military Police are doing great work. We are at the point now where the [AFU] are doing pretty much all the direct training for MPs, with our people in a mentoring and advisory role. They also now have a Military Police trade within the [AFU], thanks to the efforts of the Military Law and Order Service (MLOS), with the assistance of a number of multinational partners, the NATO Military Police Centre of Excellence, and Canada.” 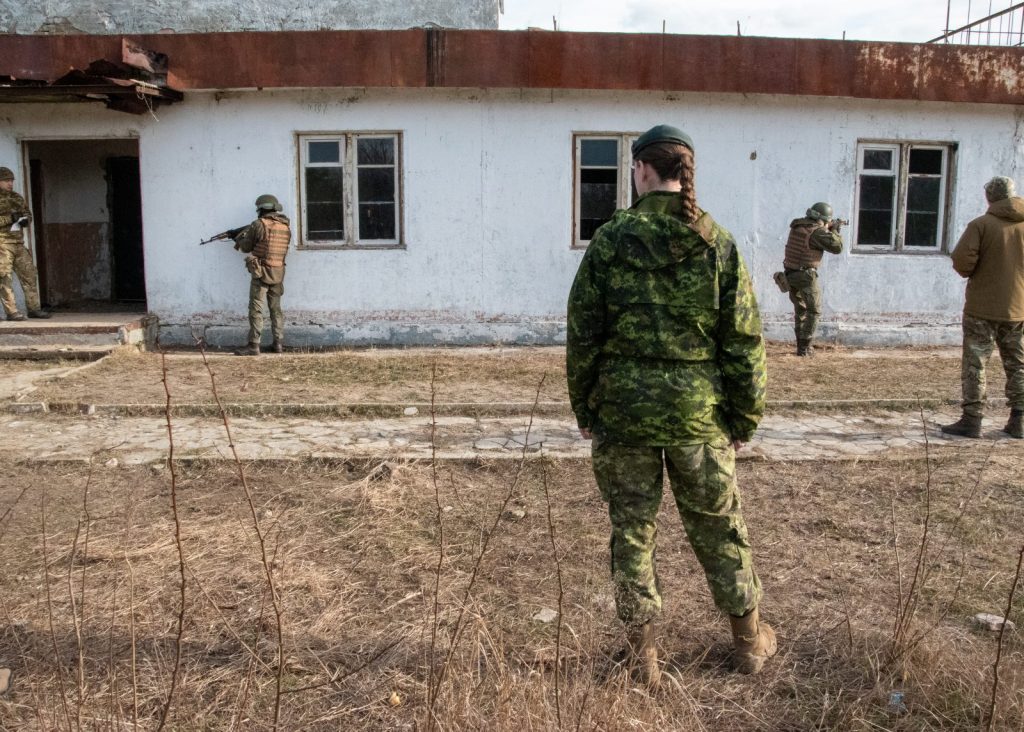 A Canadian mentor observes a collective training exercise of the National Guard of Ukraine in February 2020. Photo: Capt Cynthia Ken

The Ukrainian Armed Forces’ system of trades is another challenge for the multinational effort. Toope noted that, “the [AFU] have a different system of trades than NATO nations. Reconnaissance is a trade, for example, but medical services are not. In some cases, it is challenging to line up their employment with their training. A person may be trained as a medic but not employed as a medic.

“The direct training we do, one-on-one with soldiers, not only increases their level of professionalism, but helps them save lives. So, the engineer and medical training we provide today may save lives later on. This also builds trust and relationships that later we can use to provide more enhanced training, such as we did with the military engineers. After direct training, a previous group of Canadian instructors was able to conduct a combat engineer course. Then we provided IED training, and we have built on that so that we can now conduct a combat engineer course that is NATO compatible.” 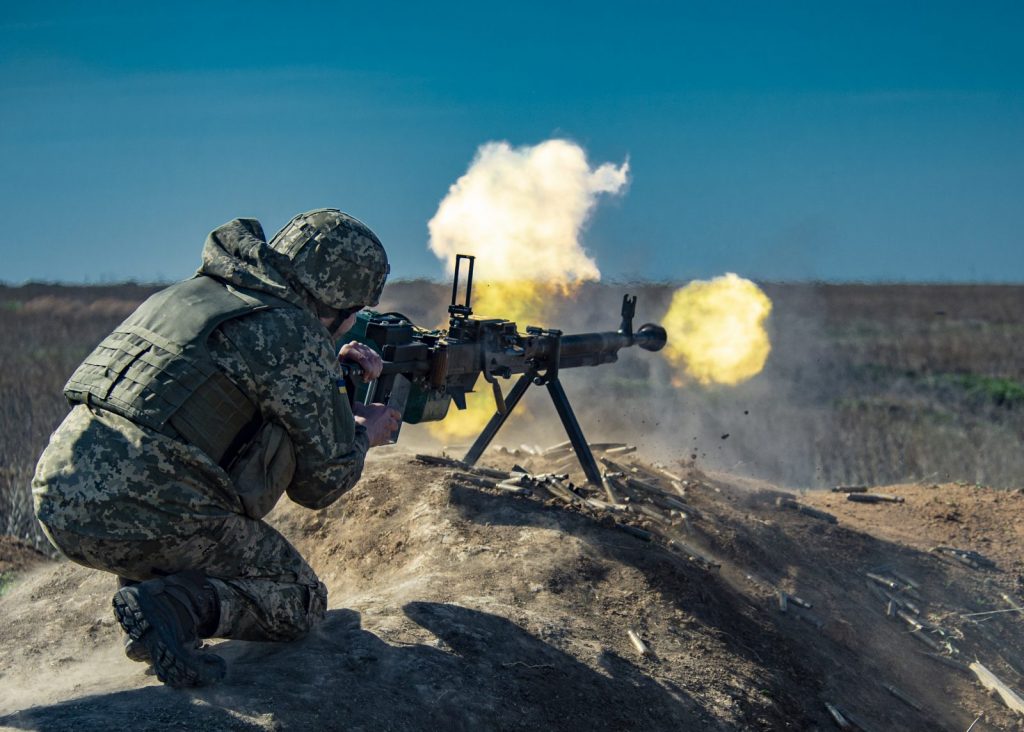 Trying to change the military culture of the country can only be successful in small steps, Toope emphasized. “It is a large organization with some 240,000 people. Many senior staff and general officers have remained in their respective positions since 2015, which frequently is not always conducive to implementing necessary doctrinal and operational changes. Change does happen, but there are also times when there is push-back. One of the realities in Ukraine is that many of their practices are mandated by law. Where we have policies, practices and protocols in Canada, the Ukrainians have laws which mandate and detail how issues are addressed. The inflexibility caused by things being enshrined in law can impede progress.”

Continuous fighting in eastern Ukraine gives this training an air of urgency. “There are Ukrainian soldiers coming off the line in the Donbass area who are taking this training and may be returning to the Joint Force Operations area in Donbass. It is as difficult for the Ukrainians as it would be for any nation to be fighting a war and concurrently learning new ways to conduct military operations,” he said. “These are proud soldiers and they want to learn how NATO nations meet these objectives. They want to learn and they want to become NATO compatible. There are still people being killed and being wounded.

“The goal is to increase Ukrainian sovereignty, security and capacity for economic development,” Toope concluded. “And to help them achieve their goal of becoming more Europe-centric and NATO compatible. Our goal is to help them achieve the military reforms that they want. If you look back five years and compare that to the AFU we have today, you can see a significant improvement.”