Making a mortar platoon from scratch 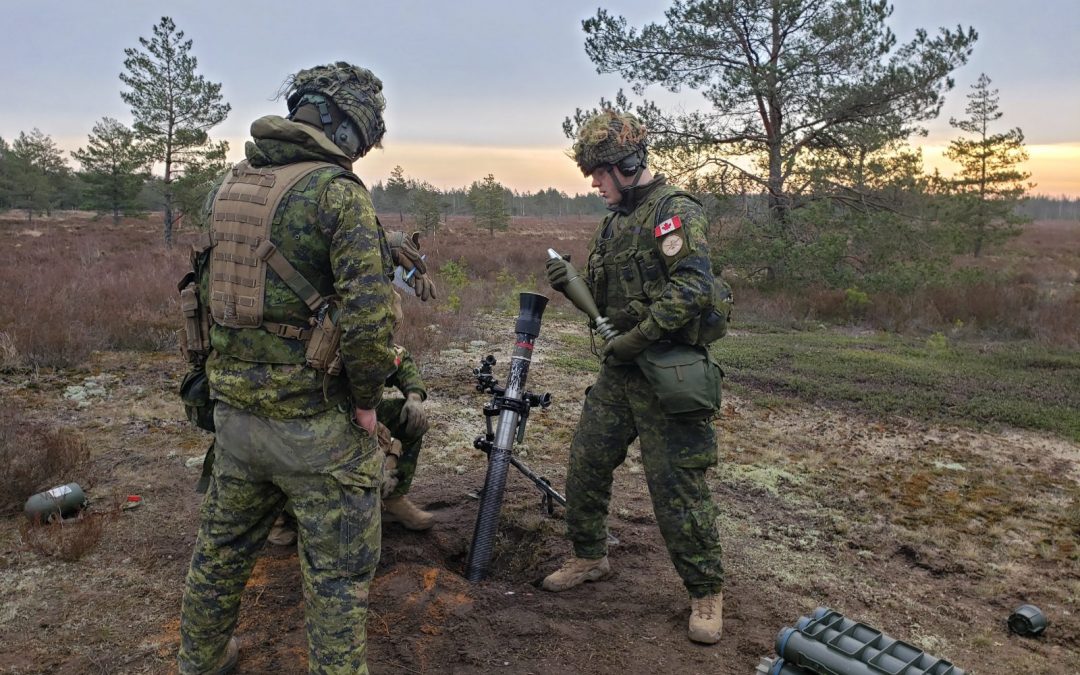 When the Loyal Edmonton Regiment and the Calgary Highlanders were tasked with standing up a mortar platoon in the summer of 2018, the mission task also included their first operational deployment with the new capability – a five to six-month tour with the Canadian-led NATO enhanced Forward Presence Battle Group in Latvia in early 2020.

“Both of those tasks came part and parcel,” said Captain Chris Tucker, the platoon leader and a member of the Calgary Highlanders, who were brought in to share the task when it was deemed a “little ambitious” for one unit by 41 Canadian Brigade Group.

Before they could deploy the capability, though, the Eddies and Highlanders first had to build it. And that meant starting almost from scratch, qualifying soldiers on the basic mortar course and retrieving supporting equipment from across the Army.

“It is hard to identify what you need in an organization that you have no corporate knowledge on,” Tucker admitted.

The stand-up of mortar platoons is one of several mission tasks assigned to the Primary Reserves as part of a 2017 initiative, Strengthening the Army Reserve. To develop a greater operational focus, Reserve units across the country have been assigned specific capabilities, including assault pioneers, cyber protection and light urban search and rescue.

Tucker, a 30-year veteran of the Army who had recently returned to the Highlanders, volunteered to lead the mission task. “I was asked if I was interested in doing it and immediately jumped on board. This is a capability that belongs in the infantry. It never should have left, and I’m sure the Infantry Corps is happy to have these capabilities coming back.”

While he expected the platoon’s tasks in Latvia to follow much of its recent training, supporting an echelon with indirect fires, he wasn’t sure exactly how they would be incorporated into the battle group tempo. Nonetheless, he predicted a demanding tour.

“We’re an asset that is in the back pocket of the commander of the battle group, and he will employ us as he sees fit,” he said before they departed in January with the lead mounting unit, the Lord Strathcona’s Horse armoured regiment. 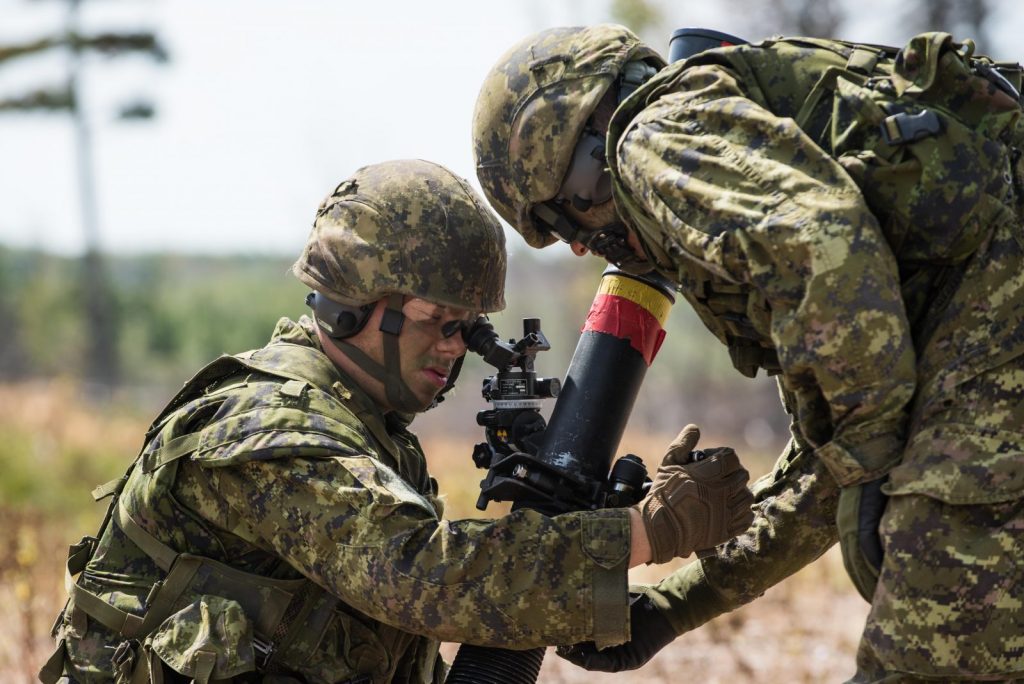 FROM ZERO TO EXPERT

Among the first steps for both Reserve regiments was getting members qualified on the basic mortar course at Canadian Forces Base Shilo, Man., and then identifying 12 soldiers suited to complete the five-week intermediate course and a subsequent six to go on to the demanding advanced course.

“We have literally taken soldiers from knowing absolutely nothing about mortars and in one calendar year they have become not only proficient leaders in a mortar platoon, but a number of my NCOs have also taught at the Infantry School and have taught the intermediate course as well,” said Tucker. “They have gone from zero to expert in a relatively short period of time. The individual training bill on this was substantial, but they have really embraced the challenge of this.”

In addition to the 50 soldiers deploying to Latvia, each regiment has 20 members who are basic mortar qualified and available to support the platoon if needed.

“We could not have got off the ground without the help of the artillery,” he added. “This has been a capability rebuild from the ground up.”

With all the individual skill development, the full platoon did not begin collective training until the fall of 2019. Following two exercises in September, Coyote Stokes 9 and 10, the platoon conducted a Level 3 live fire exercise, Patricia Gauntlet, and a Level 5 dry exercise, Steel Sabre, supporting a company combat team with indirect fire.

“Those were the first exercises that I had my entire platoon in one spot,” said Tucker. “The road leading up to then was a real challenge. As we started going through the exercises, we began to see where the big deficiencies were for the platoon. It was all the friction that comes with rebuilding a capability from scratch. And it was about finding solutions to problems.

“But by accomplishing this, we have two big strengths now. The first is the Loyal Edmonton Regiment operations staff; they have been instrumental in supporting this platoon. Second, and equally if not more important, has been the NCO corps and NCO leadership within this platoon.”

While the mission task may be new, the 81mm mortar system and much of the supporting equipment remain the same that have been in service for decades, which helped ease some of the initial training. “It’s an old system, but it is still relevant and capable on the modern battlefield,” Tucker insisted.

As the first Reserve mortar platoon to deploy overseas, Tucker is very aware of the interest from other Reserve units building similar capability. The lessons they gather and share will be instrumental in the ongoing development of mortar operations.

“We have met our counterparts in Central and Eastern Canada and we maintain a line of communication so we can bounce back and forth standard operating procedures, tactics, employment, and general ideas. Other platoons are trying out things and sharing feedback as well.”