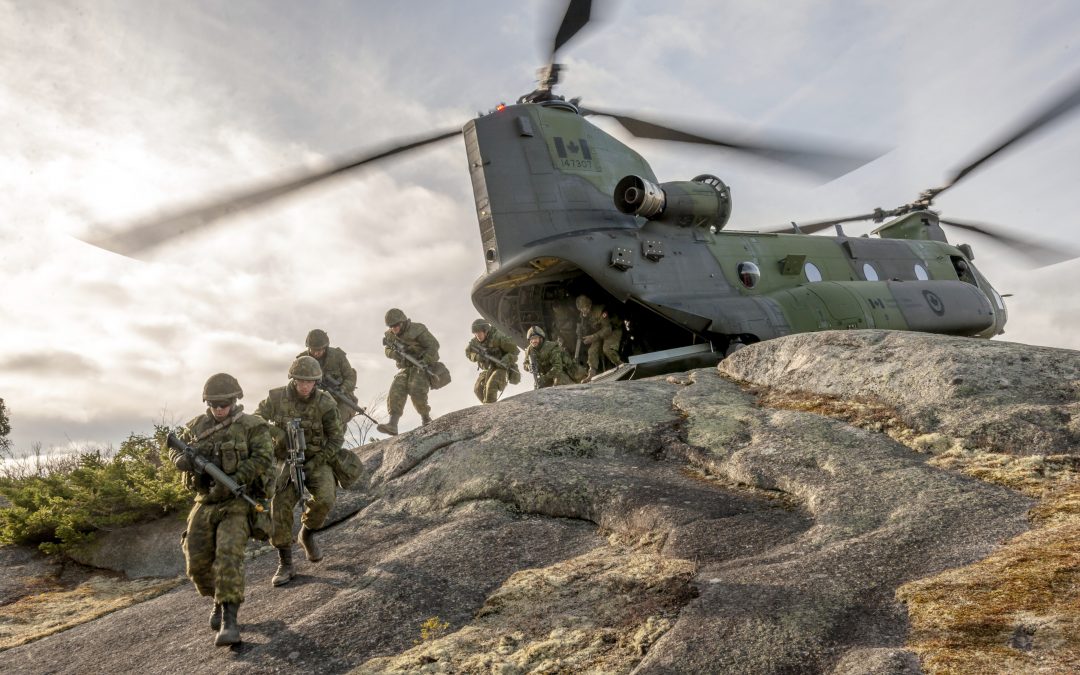 The current Light Infantry Battalions (LIB) represents the foundation upon which the Canadian Army will build a Light Forces (Lt Forces) capability. These units, however, are not currently designed, equipped, nor purpose-built to deliver this capability. Also, the affiliated combat support, combat service support and command support elements are not fully mandated, trained, equipped or doctrinally prepared to conduct operations in support of Lt Forces.

Key characteristics of Lt Forces development are: a purpose-built, scalable and agile organization; the capability to generate fighting power without dependency on armoured fighting vehicles; increased strategic and operational responsiveness; and a force structure that ensures the tactical mobility required to operate in selected unique environments.

In 2015, Commander Canadian Army directed that this capability gap be deliberately addressed through Force and Capability development, with an initial operational capability target as early as 2017-2018, understanding that certain limitations would exist due the obvious lack of dedicated specialized vehicles and equipment in the near-term.

To meet today’s security threat, the Light Forces will be postured to provide enhanced readiness and responsiveness to the CAF and to the government in the form of a capability that will sit between the highly responsive Special Operations Forces that can but should not be used for less than high risk complex tasks, and medium forces which require several months to deploy.

The LF operating concept continues to be developed to allow the Army to address the enhanced level of responsiveness as well as higher readiness required of several standing CONPLANS (concepts of operations plans).

The Army is developing the capability to supplement its existing medium-weight force, with a purpose-built Light Force that can more rapidly generate an all-arms force optimized to operate in complex environments not suited for medium weight operations. Lt Forces are conventional forces.

The aim of the first spiral is to purpose-build Light Infantry Battalions utilizing resources that currently exist in the Army inventory. The original structure, which was virtually identical to a mechanized infantry battalion structure, has been reconfigured and re-profiled. Specifically:

service equipment and changes to the LIB posting plot. The Lt Forces CD provides a significant opportunity for the integration of the Reserves with the Regular force. In addition to the modified rifle company structure, the Initiating Implementation Directive will task Chief of Staff Army Reserve to lead a detailed analysis on the potential for mission tasking units to generate individual augmentation, formed sub-sub unit augmentation and specific capability augmentation (such as mortar groups). In addition to those changes being implemented within current units’ strength, plans are also in place to augment a deployed or deploying light battalion and complete its structure as missions dictate.

The current plans for augmentation include:

Spiral 2 will focus on integration of enabling capabilities, including consideration of the Lt Forces Enhancement Project (LFEP), which will drive future equipment procurement. Priority requirements for Lt Forces capability integration are:

Work has already started in each relevant Corps/Branch/Environment to determine gaps that would have to be filled to maximize their integration into a light force. This work will undoubtedly lead to the identification of desired procurement of specialized items to help this integration. It may also propose structural changes, as well as formal and less formal grouping of assets across the Army. It will also bring in the Air Force and Navy into the light force mix as potential operational partners.

Spiral 3 is envisioned to see a fully resourced, all-arms team equipped, purpose-built and structured Canadian Army Light Force. To this end, Director Land Force Development and Director Land Requirements staff are in close coordination to ensure that required capabilities are identified, justified and well-articulated for ongoing and future procurement projects to deliver the tools necessary for light forces to become an even greater strategic asset.