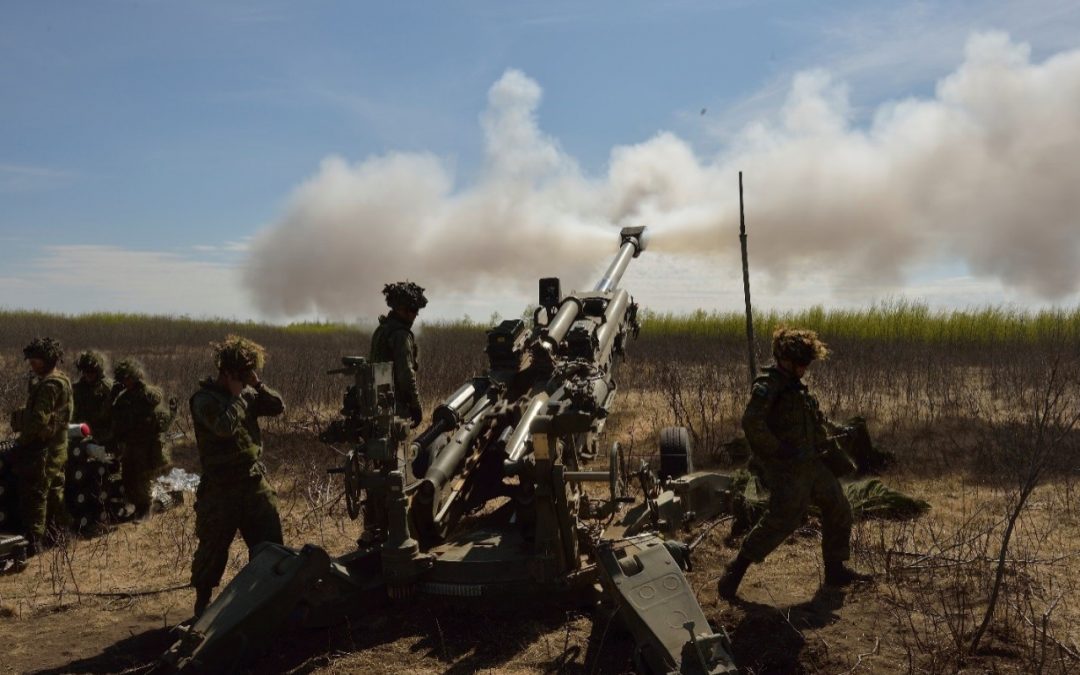 In the run up to the Road to High Readiness (RTHR), Exercise Iron Ram is a key test of individual and combined arms skills.

Soldiers with 1 Canadian Mechanized Brigade Group (1 CMBG) are at the mid point of the three-week exercise at Canadian Forces Base Wainwright.

Around 2,400 soldiers from CFB Shilo and 3rd Canadian Division Support Base Edmonton arrived in the training area last weekend, and are now conducting dry- and live-fire ranges of increasing complexity.

The first phase of Iron Ram is designed to confirm the individual and collective skills of 1 CMBG for future deployments. Combined arms involves the integration and cooperation of infantry, armour, artillery, and combat engineer elements supported by combat service support elements, such as signals and medical.

“In a less predictable world, Canadian Army soldiers need to be able to anticipate, adapt and act in complex combat environments,” said Colonel William Fletcher, commander of 1 CMBG. “Exercise IRON RAM will ensure our troops and future leaders are ready to do just that when called upon for operations at home or abroad.”

1 CMBG will enter High Readiness training next summer in preparation to become the Canadian Armed Forces standby brigade for worldwide deployment in 2019. Iron Ram is intended to ensure the core competencies of 1 CMBG units are maintained in preparation for the intense training regimen.

The second phase of the exercise will be held at Combat Training Centre based at 5th Canadian Division Support Base Gagetown. There, about 120 soldiers and 80 staff members from the combat training centre will support national-level individual training course, including the Combat Team Commander Course; the Dismounted Infantry Company Commander Course; the Development Period 4 Squadron Sergeant-Major Course; and the Development Period 4 Company Sergeant-Major Course.