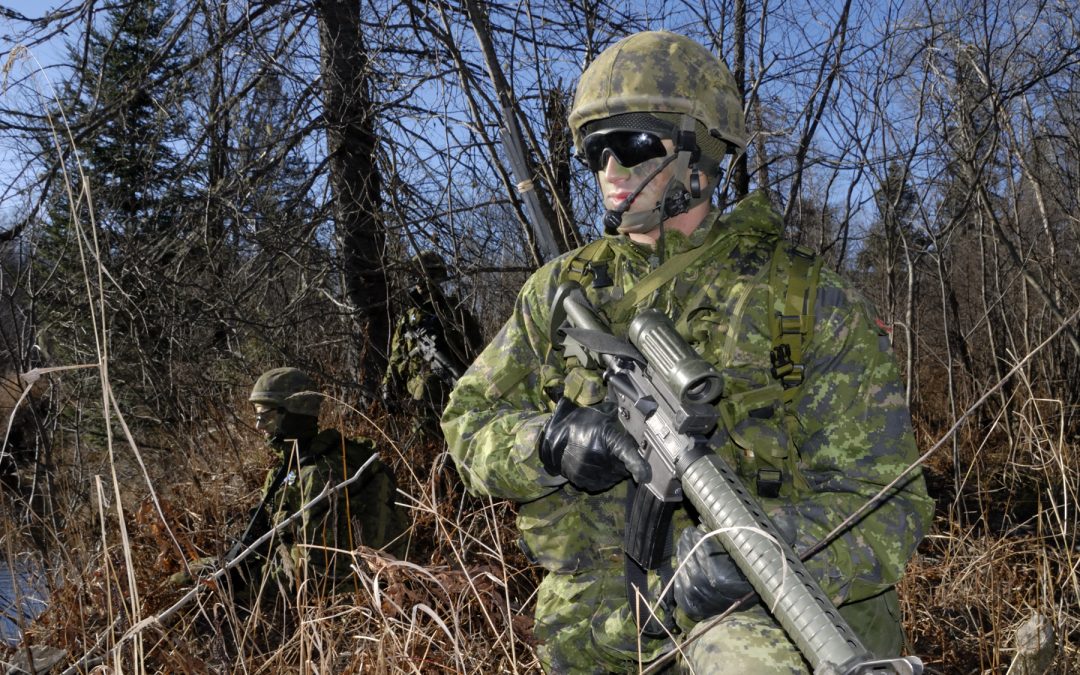 When General Jonathan Vance addressed the Conference of Defence Associations in late February, he framed his remarks in the context of the government’s new defence policy, highlighting current operations, new doctrine on child soldiers, changes to the Reserves, and new thinking around recruitment.

Implementing the “sweeping” policy wouldn’t be easy, said the Chief of the Defence Staff, but it was achievable if done intelligently.

And that included a significant investment in equipment. Ships and fighter jets might be garnering most of the headlines, but “there are hundreds of other projects that will make an incredible difference for our people…[and] transform the way our soldiers will fight in the 21st century,” he said.

Among the projects Vance emphasized was the integrated soldier system suite (ISS-S), a $250 million investment “that will improve situational awareness for our dismounted troops, allowing better command and control and improving their performance and protection.”

Speaking with reporters after, he added that the ISS-S “puts on the soldier or anybody on the ground the ability to understand their environment. Not only is a soldier a sensor but also a receiver of information. At your fingertips is your www.mywar.com – this is where I am right now, this is what is happening to me right now. I can prevail more because I understand better what is going on.” 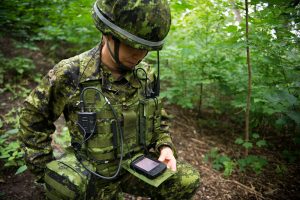 As profiled in the Fall 2017 issue, the first spiral of ISS-S will enhance communications at the platoon level. Rheinmetall Canada, which won the contract in July 2015, has designed the lightweight system to emulate the intuitive ease of a smartphone, with a tactical display that includes keyboard or stylus functions to mark contact reports, target locations and other information that can be shared within the section or platoon, and with higher command.

Though the timelines for introducing the system have slipped – the infantry school in Gagetown began trialling the suite to develop techniques, tactics, and procedures and train the initial cadre of instructors in January and February rather than November – the plan remains to deliver the first systems to two of the light infantry battalions of 1 Canadian Mechanized Brigade Group between April and June as the brigade prepares to start high readiness training in July.

The intent is to allow the battalions to experiment with the system over the year before it becomes part of the assessment during Exercise Maple Resolve in 2019.

As much as the ISS-S may change how a platoon or section fights, it is also transforming how fast-changing technology is acquired and adopted. The system will roll out in three spirals over the next five to 10 years, incorporating additional capability and capturing new iterations of technology with each cycle.

“We are opening the door to a different way of operating,” said LCol Stephen Noel, responsible for soldier systems in the Directorate of Land Requirements. “The ability for a commander at the platoon, company or battalion level to see his or her forces, to target hand off, to visualize on the map where they are and see friendlies, see where enemy locations are – to see it all through a central hub and then have a digital and voice radio to provide data to each soldier who carries it – I think that’s a game changer for us. We’ve never had it. It’s going to decrease decision-making time and therefore make us more flexible.”

What has made the ISS-S such a fascinating project for Noel and his predecessors is that, despite over a decade of research that began in the early 2000s, they still don’t know quite “how it is going to change things” once soldiers start experimenting.

“Whatever version we give them, it’s only the start state,” he said. “The soldiers will find new ways for this to be used. They are going to come back to us and say, did you know it could do this? Or this? And with a few modifications, we can actually do this other range of things with it. They will surprise us. They always do.”

Spiral one is only just being delivered, but already approvals for spiral two have been granted, an indication of the Army’s intent to adopt a new model for iterative technological change.