High demand: Artillery and engineering support units are a different kind of busy 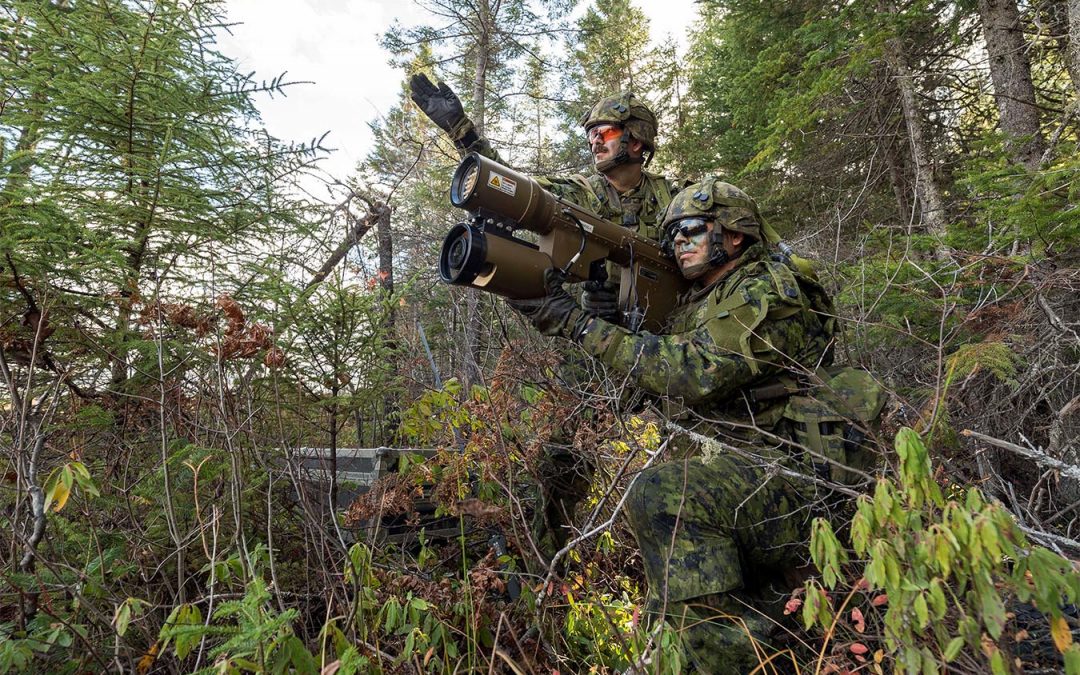 Captain Matt Bernhardt has a good mental snapshot to illustrate the pace of life within his unit, 4 Artillery Regiment (General Support) Royal Canadian Artillery [4 Regt (GS)]: “Between July and December of last year, I was not home for more than about two weeks at a time. My last water bill was $15.”

4 Regt (GS) is one of two units based at 5th Canadian Division Support Base (5 CDSB) Gagetown in New Brunswick that provide unique capabilities which are in high demand right across the Canadian Army (CA).

Most CA units spend only a year at a time in a state of high readiness – which is to say, ready to deploy domestically or internationally at short notice – before entering a period of rest and then a new cycle of high-readiness training.

However, due to their one-of-a-kind capabilities and personnel shortages that are an issue CA-wide, 4 Regt (GS) and their compatriots in 4 Engineer Support Regiment (4 ESR) are so in demand that they find themselves at a high tempo all year round.

The unit provides joint fire-coordination to operations, meaning it serves as an informational hub ensuring that friendly forces are not stepping on one another’s toes and that resources are allocated effectively.

“As everything’s coming in we’re coordinating it,” Capt Bernhardt explained, “taking all the information in and conducting the minute-to-minute, hour-by-hour operations. If these guys are running out of ammo, we’ll push ammo that way. Something happened over here, we’ll reallocate resources. The enemy’s coming at you this way, we’re going to allocate resources to this flank so we can reinforce you.”

4 Regt (GS) is also the CA’s only unit with a Medium Range Radar (MRR) capability. Just introduced late in 2017, MRR is a powerful tool that can detect sources of indirect enemy fire – rocket propelled grenades, mortars, rockets and other munitions fired without a direct sightline to the target – and monitor airborne activity over a battlespace.

The unit is also the only one in the CA trained on and equipped with the Blackjack unmanned aerial vehicle (UAV), an unarmed drone used for reconnaissance and surveillance.

“One thing I’ve learned over the years is, everyone wants UAV footage and they will do a lot to get it so those guys will be exceptionally busy,” Capt Bernhardt said.

“We are the Army’s theatre-opening experts,” he said. “We are the builders of camps. Combat engineer regiments do not do that. It is a unique task.”

4 ESR also brings counter-improvised explosive device capabilities that ensure a safe environment before camp construction even begins. At the time of writing, 4 ESR is also under an immediate response unit (IRU) designation.

“That affects our tempo,” he added. “And it affects leave plans and how far we can let people go. And whenever somebody goes away, we need to make sure vital positions in the IRU are covered off. It’s not good or bad, it’s just the reality of life here. Everybody is busy right now. We are busy in a different kind of way.”

Both units were recently consolidated with three other ‘enablers’ – units providing vital supportive roles including intelligence, surveillance and engineering – within the CA’s Close Combat Support Brigade (CCSB) – a change both officers agree is for the better.

“For us I think it’ll be good,” said Capt Cornish. “It won’t affect how we run things but putting 4 ESR in a brigade with other enablers should allow us to achieve some training efficiencies and become better by learning what these other enablers are doing.”

“We’ve been filling a large number of individual augmentation tasks and assignments,” said Capt Bernhardt. “So now we’re hoping to be viewed as a whole brigade of unique capabilities. That way, if other units want us to do those specific jobs they need us to do, it will help us be able to do them better.”