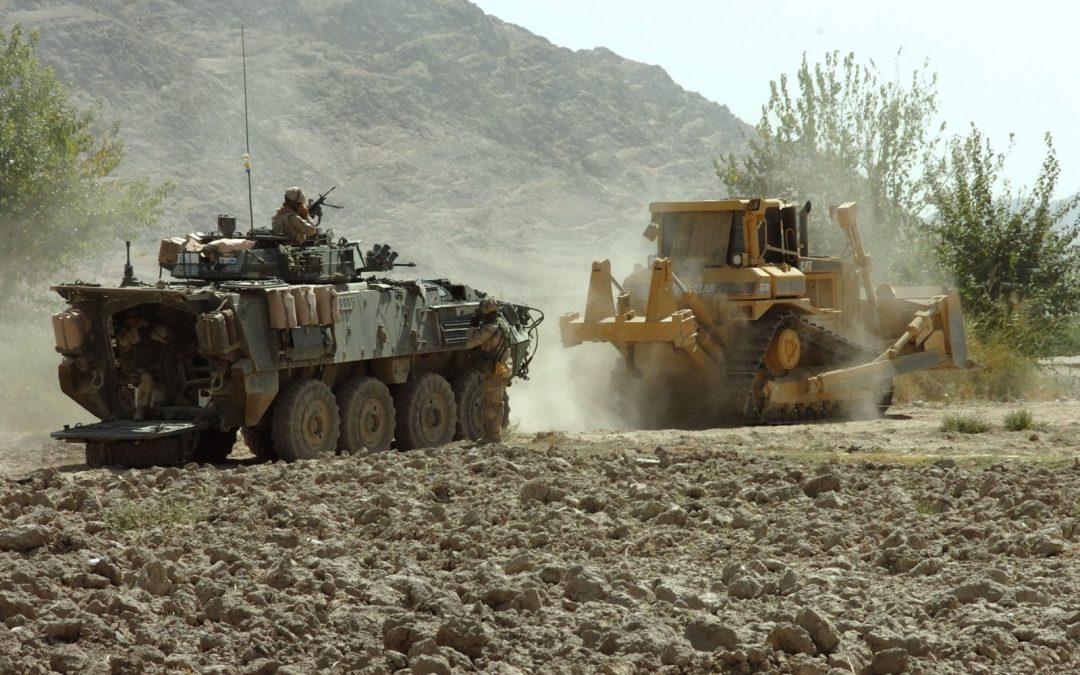 The Common Heavy Equipment Replacement (CHER) project is an ambitious move by the Army to replace 18 classes of heavily used construction and material-handling platforms that are ageing and, in some cases, worn out. A high-priority procurement for the Department of National Defence, it covers 14 types of vehicles as well as a variety of trailers.

Key enablers for a range of military tasks, heavy equipment was used by combat engineers to build the Forward Operating Bases (FOBs) that sheltered frontline troops during the Afghanistan mission. At home, they have figured prominently in helping Canadians to deal with an array of natural disasters that overwhelmed civil resources.

CHER is rooted in the Army’s need to protect operators from ballistic and blast threats as its Afghanistan mission began ramping up in 2001. Construction of protective berms around main bases and the FOBs was the initial priority, but that was eventually downgraded in favour of enhancing the Army’s light-armoured vehicles and acquiring mine-resistant route-clearing vehicles.

“The equipment is very diverse nowadays,” Major François Langis, CHER project manager within the Directorate of Land Requirements, told Canadian Army Today. “We’re replacing 32-year-old bulldozers, for example, and a lot of other vehicles that have had an operational life of between 20 and 30 years already. They’ve been bought piece by piece throughout the years and they’re all pretty much done.”

Twenty years into a Regular Forces career – three years in Reserve before that – which has included deployments to Bosnia, Afghanistan as well as within Canada, the combat engineer understands well what the Army needs to keep moving. CHER keeps him moving too, accounting for the peripatetic officer being hard to pin down between travels and “meetings left and right.”

Asked what happens between now and procurement of the new equipment, he agreed that not having appropriate equipment could compromise the Army’s ability to fulfill a demanding part of its mandate. In addition to being assigned to 70 Regular and Reserves facilities scattered across the country, the equipment also can be sent overseas. The only RCAF assets capable of handling the loads are its massive Boeing CC-177 Globemaster IIIs and smaller Lockheed Martin CC-130J Hercules.

“We have been relying in the last couple of years on leasing or renting equipment when needed to fill the gaps,” said Langis. “We also have a commercial fleet in DND for day-to-day operations on the bases, so we’ve been using them in the interim as well.” But that means they’re diverted from regular use, and “that’s why we have to do this project – to stop doing that.” 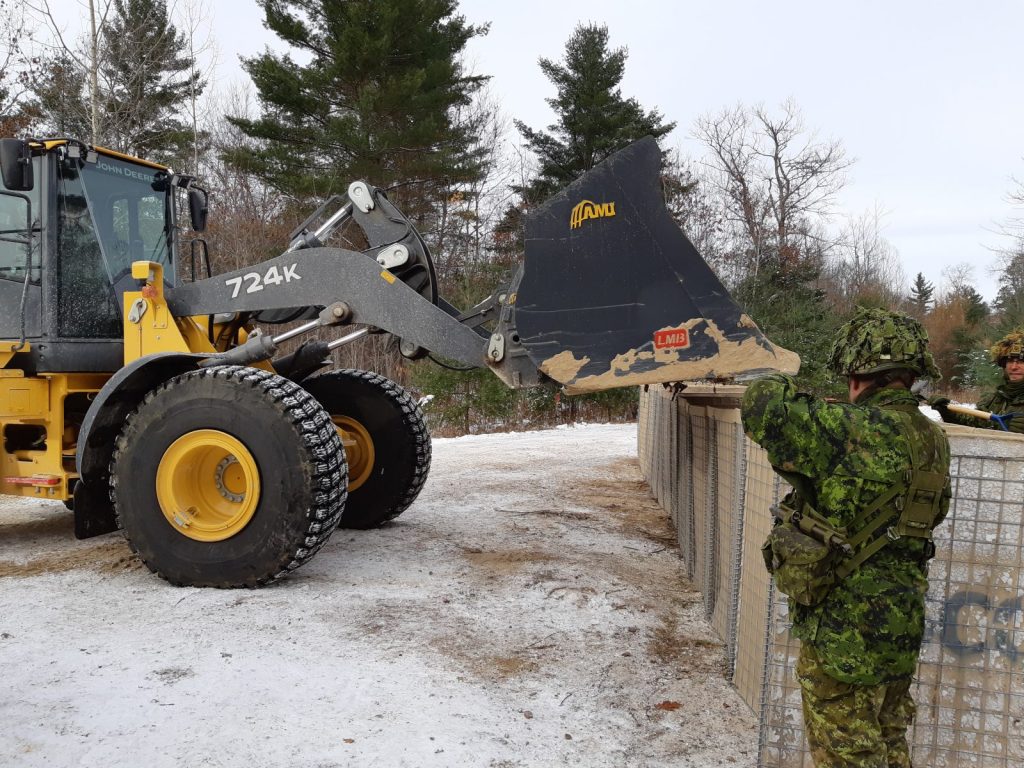 CHER’s path through the federal bureaucracy has seen ongoing discussions between DND, Public Services and Procurement Canada, and Innovation, Science and Economic Development Canada. The focus has been on how to handle what has become a complex buy.

“It’s going to be procured in eight different bundles of certain types which make sense to bundle,” said Langis. “This restarts all the militarized heavy equipment and they’ll be supplied in one shot so that we’ll not have it piecemeal like we have right now.”

The list is mostly familiar vehicles: bulldozers, graders, excavators, backhoes, compactors, trailers, container handlers and forklifts. The list of potential suppliers isn’t as long as the list of the vehicles because, as Langis explained, there just aren’t that many in North America. Although some manufacturers already supply the Army with equipment, he was professionally coy about naming specific companies, confirming only that all major suppliers have been invited.

Their products may be well known in the civilian market, but there’s nothing mundane about their use by the Army. Militarized versions play a critical role in construction of those FOBs as well as expeditionary headquarters, field hospitals and airfields in austere locations and tactical infrastructure, often in high-threat environments or in response to humanitarian disasters.

Among the mandatory requirements will be ballistic and blast protection from threats such as improvised explosive devices and small arms for more than 30 of the vehicles. That could mean a bolt-on solution or an armoured cab. Simply adding steel can compromise vehicle performance, even on equipment with heavy-duty chassis like bulldozers, suggesting a more innovative solution involving composites.

A former CHER project manager, Major Ryan Adams, said in 2017 the Army would provide its ideal solution, but remain flexible to allow industry to propose concepts. “Manufacturers have various versions of armour that they have [used] before, and not one has the same solution across all of its chassis.”

Other core requirements will include chemical resistant surfaces; the ability to negotiate off-road; operate with NATO standard fuels in dry and humid conditions ranging from –46 to +49 degrees Celsius; and be air transportable by the CC-177. The heavy support vehicles will also be capable of fitting combat net radios with improved voice and data communications linked to GPS, two functions not available in the current fleet.

And, similar to the civilian world, the procurement will include simulators to help select and train heavy-equipment operators. To be installed at bases in Gagetown, Valcartier, Petawawa and Edmonton, they will reduce costly wear-and-tear on real equipment. A number of smaller table-top simulators, deployable with domestic units as well as overseas, also are part of the package. 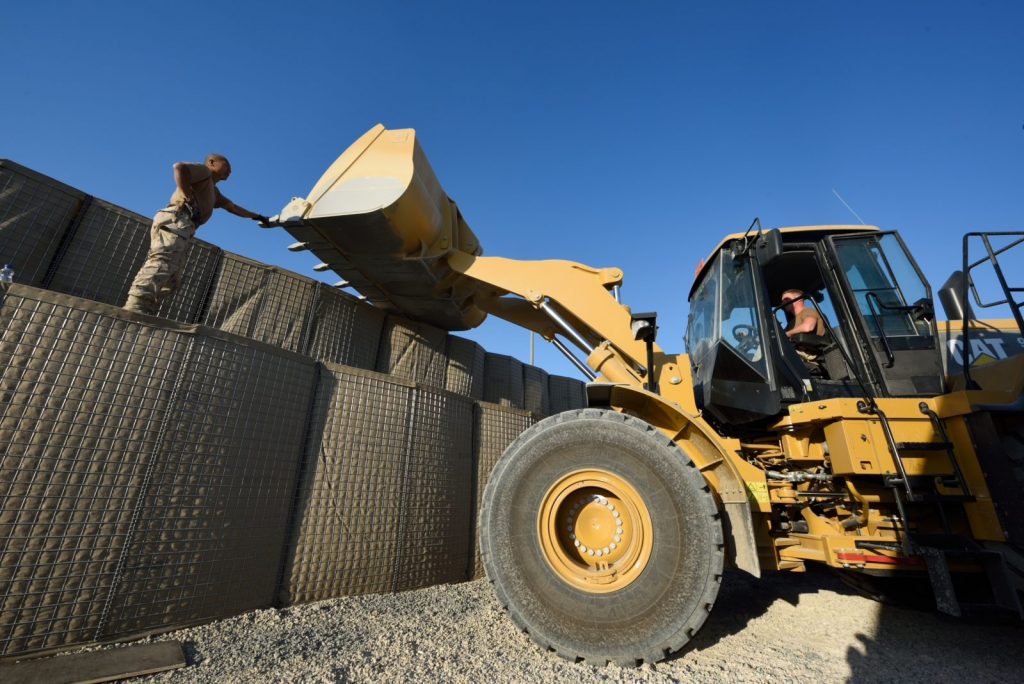 While the Army is the lead customer, the Royal Canadian Air Force will be receiving some of the new equipment for tasks such as runway clearance. Other customers include Canadian Joint Operations Command and Canadian Special Operations Forces Command.

Centralizing the procurement helps to ensure commonality of requirements among the branches and should reduce training costs and, in the longer run, lower bills for spare parts and maintenance. But bundling everything in one project has made it far more complex and challenging, a fact recognized by many in industry.

The CHER project, which has a budget estimated between $250 million and $499 million, is transitioning from the options analysis to the definition phase of the procurement process this year. “We are not officially in the definition phase,” noted Langis. “This spring and summer, we’re going to start to put a draft Request for Proposals (RFP) up on Buy and Sell Canada. That means it’s two or three years before we start the implementation phase in which we release the final RFP.”