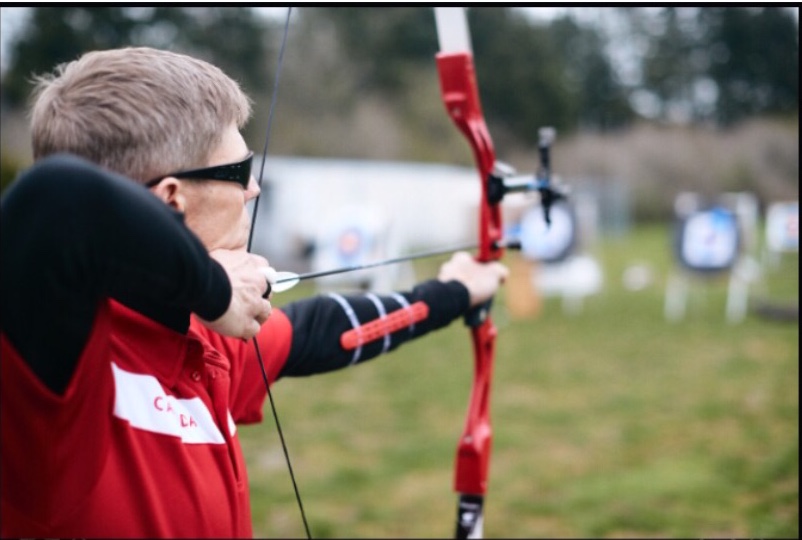 For most athletes, there is nothing like representing one’s country at an international competition. Often, it marks the pinnacle of a career’s worth of training.

For Sergeant Mark Vokey, it’s a little more like winning the lottery.

In July, the instructor with the Canadian Forces School of Search and Rescue in Comox, B.C., was selected as one of 40 athletes to represent Canada at the 2018 Invictus Games in Sydney, Australia in late October.

Vokey will compete in cycling, archery, sitting volleyball, and possible a track and field event, none of which he claims any professional training in.

“It’s very humbling to be selected,” he said. “For many of us, this may be the first time we’ve ever competed in a sporting event, certainly in the disciplines that we’ve chosen. It really does feel like a once-in-a-lifetime opportunity.” 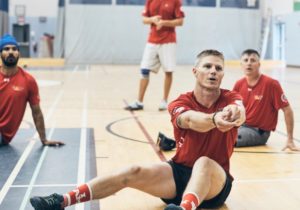 While the highlight for many is the competition, the event is far more than that; it is often an important step in what for some has been a difficult journey.

“It is the promotion of healing through sport, finding strength in one’s self to carry on in spite of adversary, and the importance of supporting one another,” said Vokey. “There are people who are managing very well on their own, despite their injuries. But in some cases, people are in need of support that the Invictus Games then provides them, with a new family, a new network. And it’s not just their fellow competitors, but also the coaches and the volunteers…[who] are the unsung heroes behind the scenes.”

Vokey, originally from Spaniard’s Bay in Newfoundland and Labrador, joined the Canadian Armed Forces in 1995 as a Reservist with the Stormont, Dundas and Glengarry Highlanders in Cornwall, Ont. He also served with the Royal Newfoundland Regiment in St. John’s before joining the Regular Force with the 3rd Battalion of the Royal Canadian Regiment. He did one tour in Bosnia with a rifle platoon and two tours in Afghanistan with a reconnaissance platoon. In 2008, he opted for a change, applying for, and then being selected, to the search and rescue technician program.

He injured his shoulder during a free fall jump that dislocated and fractured his left humerus bone. Several surgeries later, he developed advanced osteoarthritis, limiting his range of motion and strength in the arm.

Almost 700 CAF members, serving and retired, applied to participate in the Games. While athletic prowess may have been among the selection criteria, it was far from a grueling qualifying process and “more like winning the lottery for many of us,” Vokey said.

“From talking to the other participants, we all kind of felt like we were throwing our names in the hat. We put our words to paper and…as we understand it, they were looking for participants from across the CAF who were most likely to carry on the spirit of the Invictus Games; it wasn’t necessarily our abilities in the sports we applied for. You feel very lucky.”

The number and type of sports can vary at each Games. Applicants were asked to select a primary and secondary sport, and to participate in a team sport. Though athletes then train to compete in all three, they can adjust to accommodate conflicts in the event schedule.

Vokey had applied in 2017 to Soldier On, one of the supporters of the Canadian Team, for a grant for a road bicycle, well before the application process began. “I saw cycling as an opportunity to develop a pastime that was healthy and gave me something to look forward to.”

His interest in the Games piqued, though, as he spoke with previous participants, and cycling was an obvious primary sport. 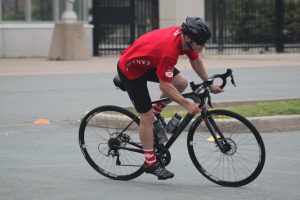 Archery might seem an odd second choice for someone with a shoulder injury, but Vokey said the sport had become a personal interest as he dealt with the initial injury and then the arthritis, and when he saw it on the list for 2018, he took aim.

“I began as a hobbyist, building my own bows a few years ago. I had to reduce my draw weight significantly just so I could endure the practices and remain consistent enough to target shoot. And that’s how I have compensated for the Games – with a gross reduction in the draw weight so that I’m able to pull.”

As to what he’s expecting at the Games, Vokey admitted he’s “never competed in an archery tournament before, I just started cycling on the off chance that I would be lucky enough to get selected for team, and I hadn’t even heard of sit volleyball before.” So he’s setting his sights accordingly.

The greater takeaway may come from conversations outside the bike course, archery arena or volleyball court.

“I’m looking forward to meeting the competitors, to talk with them about their journeys and how they got there,” he said. “I’m looking forward to hearing those stories, what brought people from different countries, and what support their countries have for ill and injured serving and retired veterans. I have to think that Canada is one of the frontrunners in terms of support we provide.”

Both Soldier On and True Patriot Love have provided funding to allow each athlete to bring several family and friends who have supported them through their injury or illness.
“Participants have the opportunity reward the people who have been closest to them through their adversity,” said Vokey. “They are part of the bigger team and their importance can’t even be measured.”

Athletes and family will have little time to settle in and adapt to the time change. The team arrives in Sydney on October 19 and many, including Vokey, begin their first event the next day.

“If nothing else, this team is pretty adept at handling adversity. It will just be one more challenge,” he said.