Fighting fit: Employing technology to gain an edge in readiness 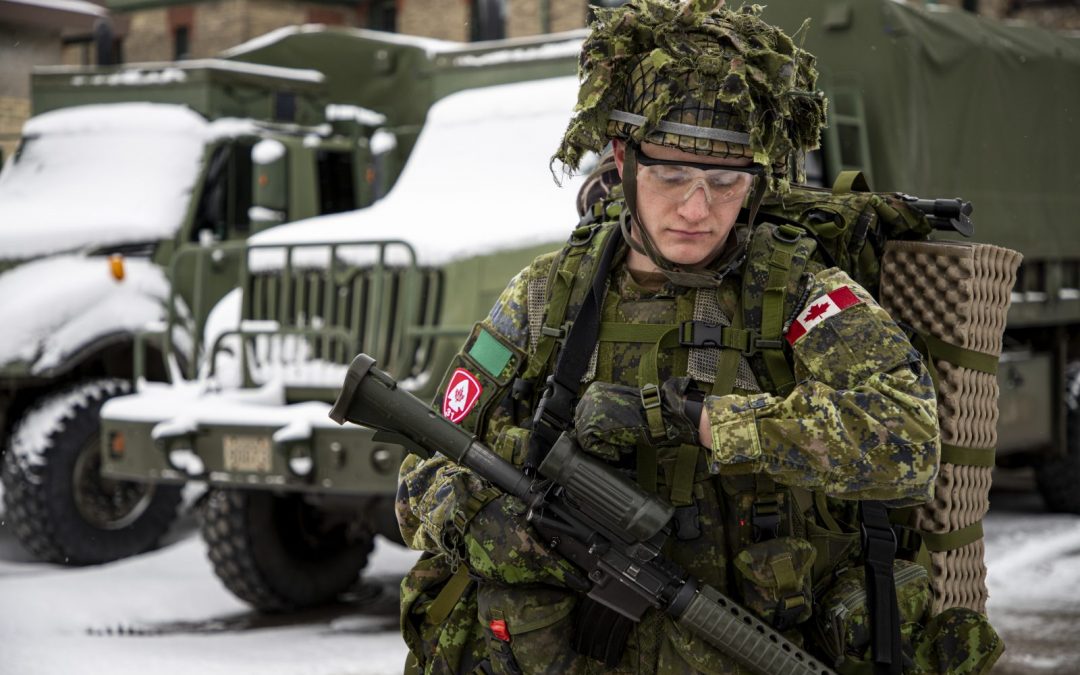 With advances in battlefield technology outpacing many tactical and operational capabilities, today’s infantry soldiers must adapt to this new reality. But waiting for new multi-domain, autonomous and artificial intelligence systems to enter into production and employment after extensive research and development and field testing can create gaps in expected performance.

One Army Reserve unit hasn’t waited around to employ technology in their training and operation. 4th Battalion, The Royal Canadian Regiment (4 RCR) has instead embraced technology to maintain, and further develop the edge that keeps them ready to respond to missions across their spectrum of operations, namely supporting international operations through force-generation, and conducting domestic operations (DOMOPS). The latter has emerged as the critical task both in intensity and in frequency.

4 RCR, based in London and Stratford, Ont., recently completed a pilot project with the support of Personnel Support Programs (PSP) – Southwestern Ontario, integrating a simple technological solution to an age-old operational requirement. They integrated the ubiquitous Fitbit device into their training, a step that was aimed at further enhancing the fitness and wellness of their soldiers, and hence, aimed at having more fit soldiers ready to respond when called upon. This tool, used by millions of people around the world, offers soldiers current technology that they can use to that end.

It took a team effort to get the “Fitbit Challenge” up and running. Chief Warrant Officer Rob Talach, Brigade Sergeant Major of 31 Canadian Brigade Group (31 CBG) at the time, first approached Amy Doelman of PSP Health Promotion in March 2018 with the idea of purchasing Fitbits to encourage physical activity among 31 CBG soldiers.

After coordinating with unit Command Teams to gauge interest and find a practical location, the 31 CBG – PSP team went through the procurement process, developed a framework for the program, and rolled out devices to unit members. All this took far less time than usual, indicating the effectiveness of first implementing a plan like this at the unit level.

“It was a team effort right from the start,” said Talach. “We wanted a system that would quickly provide our troops with the tools necessary to keep up with the latest trends in physical and mental wellness, and the Fitbit offered a solution as a relevant and effective training aid.”

Doelman was excited for a new opportunity to engage with the same soldiers her team works with regularly on fitness and well-being. “PSP HP is responsible for managing the Fitbit devices and coordinating the unit challenges,” she explained. “We wanted the integration of this technology to be used in a way that fed off of the competitive nature of these soldiers, and we did so by setting up a ‘Community Page’ through Fitbit.com, exclusively for unit members.”

Each challenge lasts about three months and PSP “works in partnership with staff at the unit, and the Fitbit community page keeps track of everyone’s individual and combined steps,” she said.

Talach sees great potential in the program. “These soldiers joined the Army Reserve for a variety of reasons – public service, action, adventure, friendships, and financial considerations like tuition reimbursement and full-time summer employment,” he noted. But many soldiers, according to the former Brigade Sergeant Major, also join to challenge their fitness. “Being paid to stay fit and do regular physical training is one of the great benefits we offer new recruits.”

Doelman agreed it’s a natural fit for the Reserve. “The Fitbit challenge provides a unique and engaging way to support and challenge members to reach their full potential,” she said. “With Reserve members who are training on evenings and weekends, there is limited opportunity for interaction with other members. The Fitbit challenge allows them to stay connected and engaged as a group.”

4 RCR’s soldiers took great pride in their scores, and began competing to see who could outpace who. “Through the app they send messages, set up mini challenges, and literally ‘cheer’ each other on,” she observed.

“The Fitbit device supports each of these components,” said Doelman. “The device tracks and promotes physical activity, tracks soldiers’ sleep and lets them set ‘sleep goals,’ provides information that can be used to prevent overtraining and structure progression, and provides total calorie needs to allow for logging food intake to determine energy balance.”

For Talach, the integration was seamless. “In my personal pursuit of fitness, I use a Fitbit and was very impressed with both the motivation and data it provided; and the group tracking feature lent itself naturally to soldiering and preparedness.”

The benefits were encouraging, and the pilot expanded to include the Essex & Kent Scottish, another 31 CBG unit with companies in Chatham and Windsor.

“This new system integrates technology in creating camaraderie and competition within sub-units – and has tremendous health benefits. As an infantry soldier myself, I wish we had a program like this earlier,” he said.

As a low-cost solution to an ageless problem, Talach sees the value in expanding the role of this technology in the Reserve – and in the Canadian Armed Forces writ large – an institution where the old adage “adapt and overcome” is still relevant. “Ultimately, I would like to see a point where a fitness tracking device is issued to all members when they join. It sends the message that health and fitness is of paramount importance.”

Perhaps as soldiers wait for the advanced systems of the near-future, they can integrate off-the-shelf technology at the grassroots level to help them prepare for their next mission, whatever that may be.