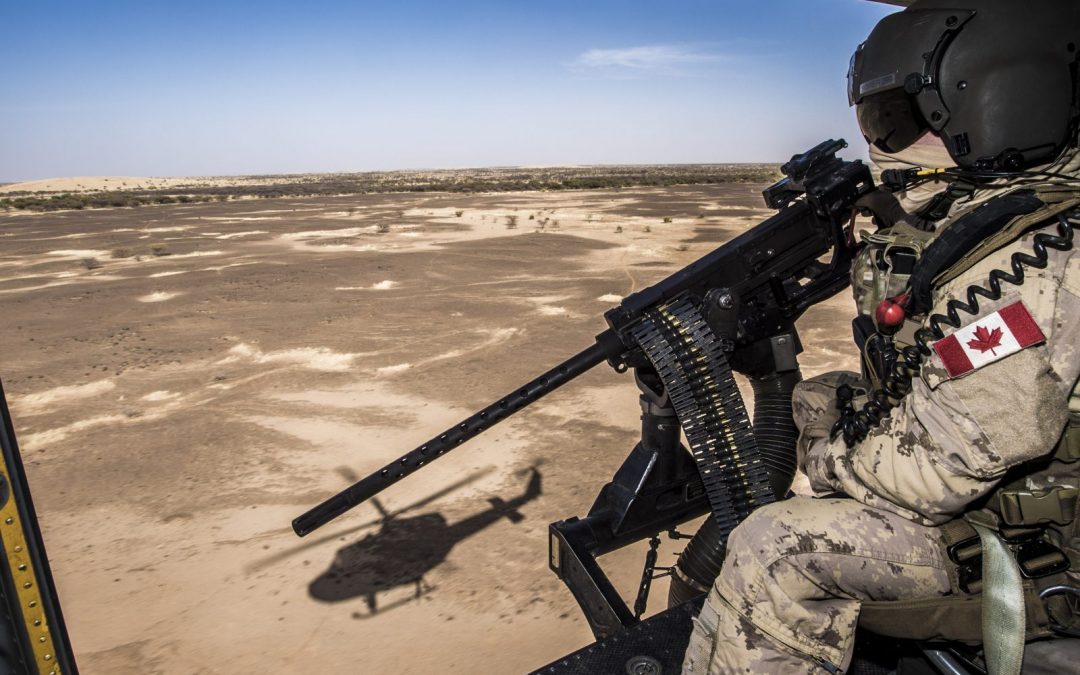 When Sergeant Matthew Pagliaro returns to the 3rd Battalion, Princess Patricia’s Canadian Light Infantry (PPCLI) sometime next year, he’ll be sporting a mix of badges on his DEUs that will make him stand out among members of his battalion.

In addition to his parachute wings – he previously served with the battalion’s jump company – Pagliaro will boast a set of Royal Canadian Air Force (RCAF) aircrew door gunner wings, an unusual sight on an Army uniform. Boasting the standard aircrew double wing design, but with a stylized gun sight in the centre, they’ll show he’s one of an elite group of soldiers qualified to serve as door gunners on RCAF tactical helicopters.

The specialist badge, first issued in January 2019, is the tangible sign that the role of door gunner has truly arrived. What began as an ad hoc task, an example of Army-Air Force cooperation that arose out of the need in Afghanistan to provide CH-146 Griffon helicopters with some sort of defensive capability, is now regarded on a par with other Air Force aircrew.

A native of Ajax, Ont., and a veteran of more than 10 years in the Army, Pagliaro had initially been tapped to join Edmonton-based 408 Tactical Helicopter Squadron while a corporal back in 2014, but a deployment to Poland put that plan on hold. He didn’t arrive at the unit until 2018, to serve as a door gunner, but also as part of the Army team assigned to the squadron in charge of organizing and running the ground training for its members.

He and his team instruct the squadron in field craft and the use of small arms to pass their annual requirements and to be able to defend themselves while on deployment. A self-described “wearer of many hats,” today Pagliaro is also certified as a master door gunner, which means that he trains any door gunners assigned to the squadron and assesses their performance annually.

To become a door gunner, says Pagliaro, takes between one and a half to two months, depending on how often the weather permits flying time.

The work starts with online courses that cover a broad spectrum of topics, including “just going over the medical implications of flying, what happens to you physiologically, what to know if you’re sick,” and so on.

“Once you’re finished with that, you move on to what we call ground school,” essentially tactics and weapons handling, he explained. Door gunners assigned to the Griffon depend on three different systems. “The main gun system that the guys get taught is the C6, a 7.62 mm weapon. We also have the GAU-21 [a heavy machine gun that fires a .50 calibre round]. Then we have the Dillon M134,” a multi-barreled mini-gun capable of firing in excess of 2,000 rounds of 7.62 ammunition a minute.

“From there you do your in-flight classes.” Although the job’s very name, door gunner, and what you might see on TV or in the movies tends to emphasize shooting, that’s only part of the task. As a member of a flight crew, door gunners work in close communication with the pilots, serving as an extra pair of eyes scanning the ground and letting them know what is going on below. A soldier’s knowledge of ground tactics and movement can come in handy here. 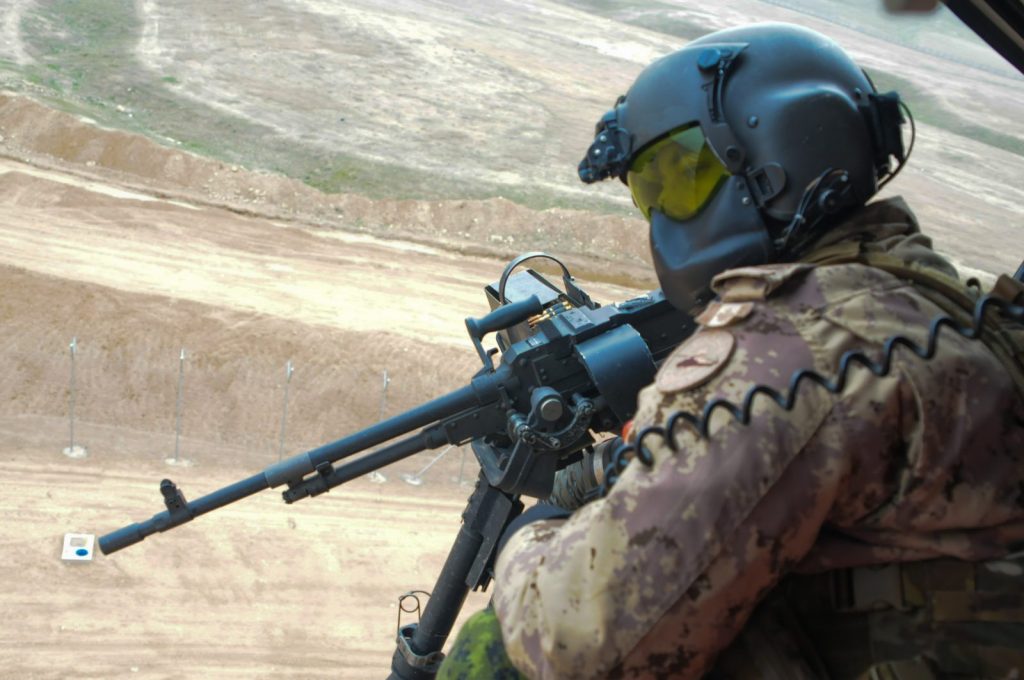 Potential door gunners also need to get used to wearing two levels of clothing to protect them from ground fire, a full coverage helmet that both protects and allows for communication with the rest of the crew, and a sturdy tether to keep them from falling through the helicopter’s open door.

After they have done four flights of between two and a half and three hours apiece, would-be gunners are ready to start learning the tricky business of firing an automatic weapon from a moving platform.

Initially this involves what is termed “academic firing.” In the case of gunners assigned to 408 Squadron, this means shooting the weapon at ground targets at 4 Wing Cold Lake, Alta., while the helicopter flies a straight and level course. “It’s very bare bones,” says Pagliaro.

From there, however, it gets increasingly difficult. “The more advanced stuff involves aggressive flying by the pilots and learning to fire the weapons effectively while in different tactical formations.”

Pagliaro himself had only been at 408 Squadron briefly when they deployed in July 2018 to Gao in Mali as part of Operation Presence. The squadron’s mission was primarily to escort the CH-147F Chinook helicopters being used as virtual flying emergency rooms, defending them while in the air and providing cover for them when they had to land. Fortunately, Pagliaro says, he was not called on to engage insurgents operating in the region.

It was while he was serving in Mali that the door gunner occupation received its official recognition.

Door gunners are drawn from the Army’s combat arms and typically serve a single two-year tour with an Air Force squadron. (Theirs is a recognized trade, but there really isn’t a career path for soldiers serving within Air Force units.) There are exceptions to this rule, however. When he returns to 3 PPCLI, Pagliaro will have spent three years with 408 Squadron, but this is a function of his job as a training sergeant for the squadron.

Pagliaro would recommend the role. “One hundred per cent. It’s very rewarding.” He’s effusive about his experience with the Air Force, too. “It’s been quite an eye-opening experience,” he says. “They’re professional, and they want to get the job done. When I go back to my unit there will be a lot of knowledge that I can impart that will be very useful for interoperability.”