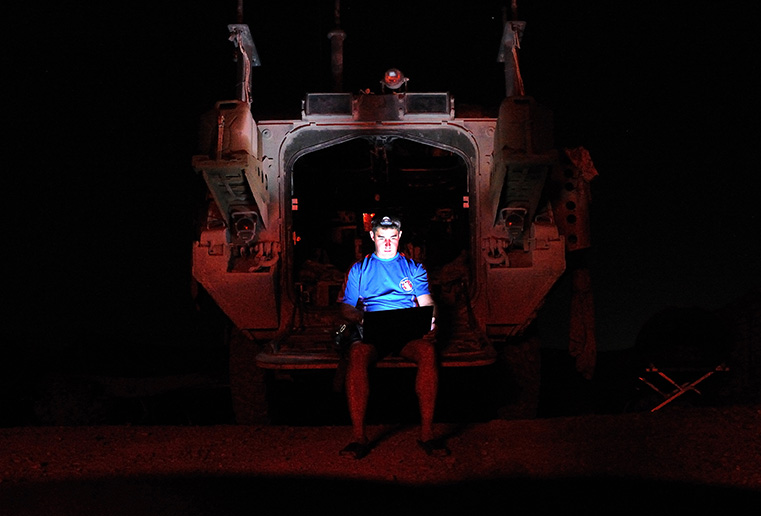 The Canadian Army Reserve is building a force of members with skills relevant to fighting in the digital domain alongside their Regular Force counterparts – and is not having to look very far to find them.

“It’s coming from the ground up,” explained Colonel Mark Parsons of the Army’s Directorate Land Command and Information, which is implementing the Cyber Mission Task Pilot Project.

The pilot project’s aim is to marshal Reservists whose day jobs involve the kind of knowledge needed to counter viruses, worms and other cyber threats that are increasingly part of the modern battlespace.

“Reservists are great because they bring a lot of skill sets from their civilian employment that we don’t have a hand in developing,” Col Parsons said. “They may be infantry, artillery or signallers, but they’re not putting their technical skills to work in their Reserve roles. So what we’re trying to do is marry those up.”

The first Cyber Protection Teams will stand up in early 2019. The ultimate goal is to have a cyber unit in each of the Army’s four Divisions.

In fact, Col Parsons explained, cyber is just the latest evolution of the kind of work Signals units have been doing within the electromagnetic spectrum for decades. Where their main concern has historically been about tactical electronic warfare practices, such as blocking an adversary’s use of radio signals, the focus is now shifting towards countering threats to the many electronic networks that keep militaries moving.

“When you look at our armoured platforms, for example, you’ve got three different aspects: communications systems, vehicle electronics and the weapons systems. All of those are different aspects of a network that aren’t connected to each other but have vulnerabilities we need to understand, prevent and defend.”

“What we’re trying to do is to put a little bit of rigour behind that. To sort of say, ‘let’s give you roles and responsibilities related to the things that interest you that actually have a return on investment for the armed forces.’”

The search for cyber professionals will not be limited to major urban areas, however.

“We’re initially focusing on some of the larger centres,” he said. “Because we know that’s where you’re going to get the greatest number of people who already have those kinds of skill sets. We will start in the bigger areas, and then we’ll see where the next steps lead us.”

The Cyber Mission Task initiative supports one of the 12 lines of effort that make up the Canadian Army’s Strengthening the Army Reserve (StAR) initiative. Mission Tasks are specific areas of expertise that will be assigned to units. Part-time soldiers in the Reserve have skills learned in their civilian lives that can enhance Army expertise while providing opportunities to integrate Reservists into operations at home and abroad.

In addition, expanding the range of mission tasks that are available to Reservists increases the potential for attracting new Reservists and retaining those who have already joined.

“We know there’s a lot of people out there who have cyber skills,” Col Parsons said. “Why not get them involved in doing things that interest them? That’s another way to attract and retain good people.”