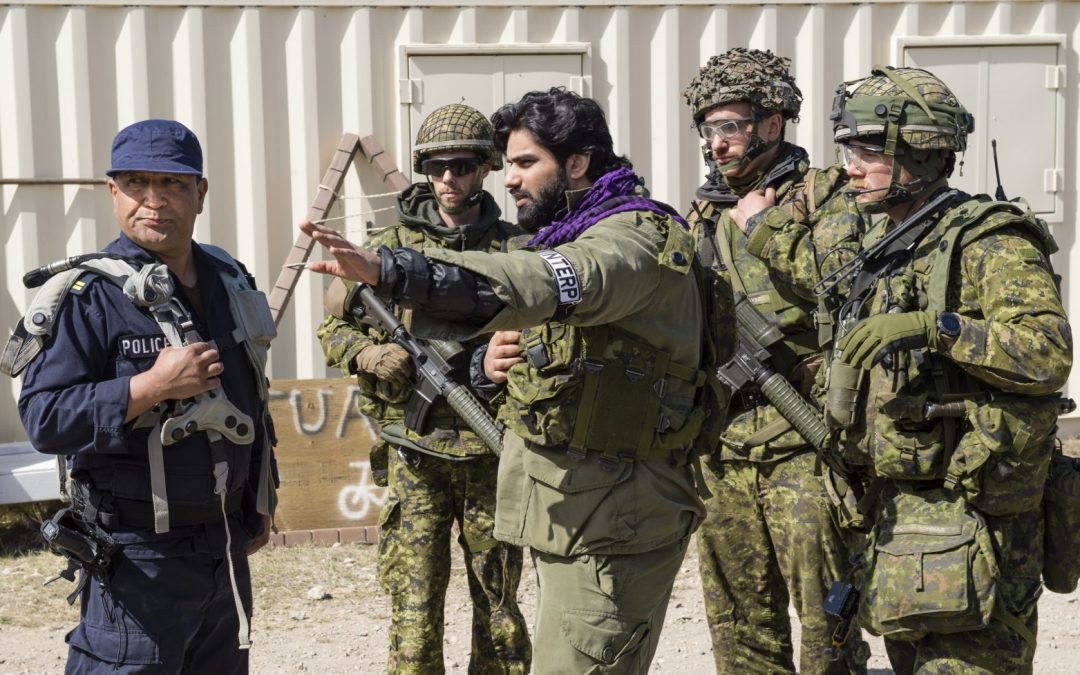 Exercise Maple Resolve (Ex MR 19) continues to bat above its weight when preparing Canadian soldiers to deploy. Nearly a third of the more than 3,000 troops from 1 Canadian Mechanized Brigade Group (1 CMBG) who took part in the annual event at the Canadian Manoeuvre Training Center at Canadian Forces Base Wainwright in May are, or will soon be, deployed on missions in Latvia, the Middle East and the Ukraine. More will follow.

“It is a marquee activity on the road to high readiness,” said Colonel Bob Ritchie, commander of 1 CMBG. “It provided us with an invaluable immersive force-on-force (training) opportunity.”

Maple Resolve is the culminating event in a series of training exercises designed to prepare a brigade and its soldiers for deployment globally over the following 12 months. The event is framed within a contemporary operating environment, using authentic role players contracted through Allied Container Systems Canada.

The exercise is far more than just a check in the box on what the Army calls the Road to High Readiness (RTHR). According to Ritchie, the 2019 iteration was informed by 1 CMBG’s “Way of War,” a philosophy about how the unit prepares for and conducts operations.

More specifically, the focus was on enhancing regional mobility and sustainability. This included training tactically and realistically in a harsh environment, with minimal access to services and infrastructure. Food, sanitation and accommodation were adjusted to minimize logistical support requirements.

“The result is a culture of austerity in which (our) soldiers thrived and not merely survived,” Ritchie explained.

Maple Resolve is largely a generic exercise that incorporates challenges the Canadian Armed Forces are likely to face in international operations. It does not train for the specifics of one theatre, but rather aims to provide commonalities supported by doctrine that soldiers can adapt to different operations.

The training scenarios were designed to force 1 CMBG to confront an enemy that had both conventional and asymmetric capabilities. These ranged from information and cyber warfare, to improvised explosive devices (IEDs) and CBRN (chemical, biological, radiological, nuclear) threats. The adversary effectively replicated the unpredictability, fog and friction which is inherent in conflict.

As the enemy frequently operated amongst the population to gain tactical advantage, 1 CMBG soldiers “had to distinguish who was friend and who was foe,” Ritchie explained. “At the same time, we did not want to be indiscriminately hard on the local population,” played by civilian actors. 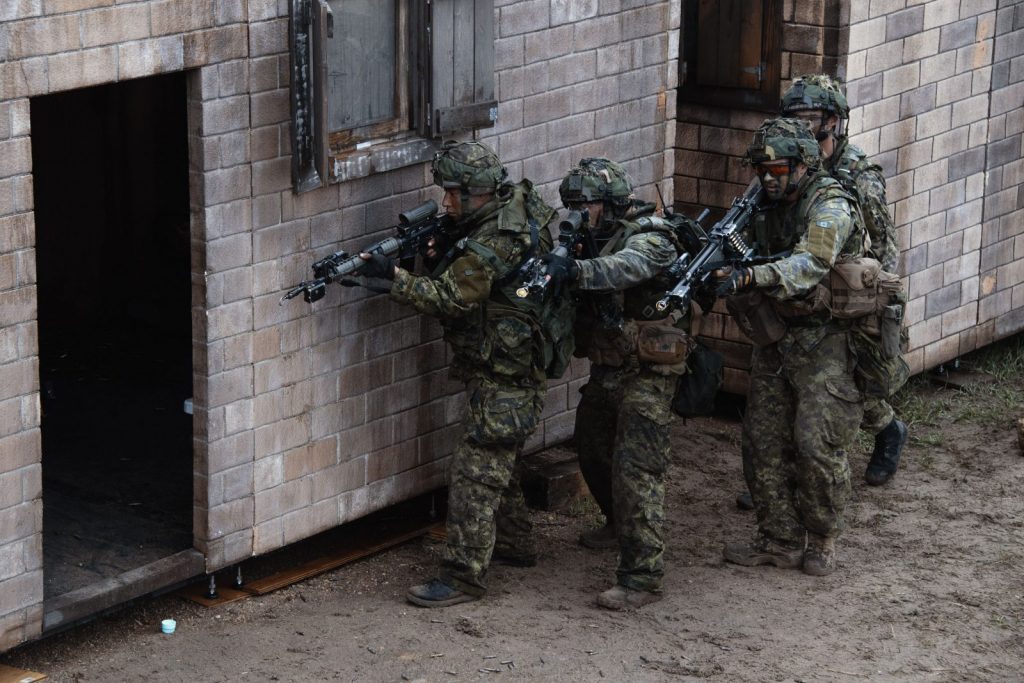 Among the many tests of the brigade and its commander’s experience were the numerous command and control, communications and security challenges generated by the sheer size of the exercise. “You are moving thousands of soldiers, hundreds of vehicles and pieces of equipment—it’s like an entire city,” said Ritchie, a member of the Princess Patricia’s Canadian Light Infantry who has commanded at various levels in international operations from Kosovo to Afghanistan. “To make it harder, you are doing this in a contested environment.”

That said, 1 CMBG was more than prepared to work through the frictions of the simulated conflict and successfully achieved the training effect desired by the exercise design.

The exercise not only certified 1 CMBG as a scalable, agile, and responsive force for concurrent global contingencies for the next 12 months, it also validated new capabilities and integrated new Army equipment, including the CU172 Blackjack unmanned aircraft system and the medium range radar.

More important, Ex MR 19 reinforced the point that armies are seldom decisive in modern warfare. “The idea that we will not operate alone is important,” said Ritchie, noting the economic, political and social forces at play in conflict and therefore in the exercise. Key to accomplishing their objectives, the brigade had to integrate and collaborate with participants from the Air Force and Navy, other government departments, and allied partners.

1 CMBG’s journey to domestic and international deployment began shortly after it assumed the RTHR mandate in July 2018. Through small-scale training to develop individual soldier skills to large collective exercises, the brigade has become an agile and capable force able to react on short notice as the government of Canada requires.

But Ritchie’s task is far from over. During the coming months, the brigade command team will be observing the performance of the 533 soldiers deployed on Operation Reassurance in Latvia, the 266 assigned to Operation Impact in the Middle East, and the 138 participating in Operation Unifier in the Ukraine.

The lessons he and the brigade have learned throughout the planning and execution of the RTHR will inform the next brigade as it prepares for high readiness training and its rotation into theaters of operations around the world.

“As a professional organization in the relentless pursuit of excellence, we never stop learning and growing,” he said.