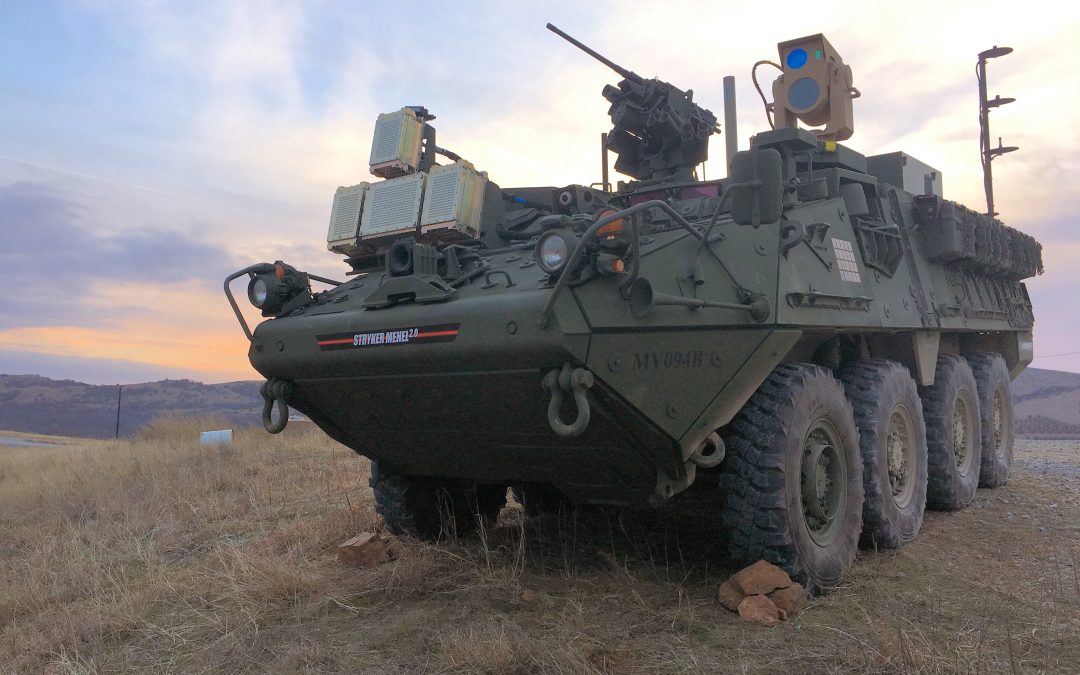 Mention military lasers and the first quip is often about sharks with head-mounted laser beams. Fans of the Austin Powers movies will recall that, were it not for bureaucratic red tape, Dr. Evil might have got his armed sharks on the first try instead of mutated, ill-tempered sea bass.

“It’s not that farfetched of an idea,” Major Joseph Miedema said with a chuckle. “I don’t think the navy is exploring sharks or dolphins, but it would be possible.”

Laser technology has played a role in military operations for decades, determining distances, illuminating targets, and even providing information on atmospheric conditions. But in recent years, armies, navies and air forces have invested significant research into new laser capabilities for force protection and target acquisition and strike.

“The application of a weapon or something that has offensive and defensive capabilities that can destroy, neutralize or otherwise exploit a threat is the most exciting component that has been happening in the last 10 years,” said Miedema, the lead for a Canadian Army project known as Advanced Improvised Explosive Device Detect and Defeat (AIEDDD) that could prove to be the stepping stone to a much larger joint forces laser procurement program. 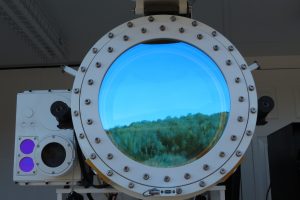 Countering the threat of homemade bombs has been a preoccupation of militaries since Europeans militarized Chinese black powder in the 14th century. But the pervasiveness of improvised explosive devices (IEDs) – brought home far too vividly in Afghanistan – has made the threat a particular focus of the Army.

Following in the footsteps of the U.S. Army, which in the mid-2000s deployed its Humvee-mounted laser ordnance neutralization system (HLONS) to Iraq, Canadian engineers have been exploring ways to use high energy laser (HEL) technology to detect and neutralize hard-to-identify IEDs, surface mines and unexploded ordnance.

In September 2011, the directorate of Land Requirements (DLR) and researchers with Defence Research and Development Canada (DRDC) in Valcartier initiated a buy-and-try project that later transitioned into a memorandum of understanding with the U.S. Army to acquire key laser components. Led by Dr. Dominik Pudo, DRDC has integrated the capability into a mobile trailer and fire control system, and has been conducting trials and analyzing data for the past two years with a two-kilowatt laser specific to counter-IED and explosive ordnance removal, and with a larger kilowatt laser for broader applications.

And those other applications have pique interest beyond the engineers. Earlier this year, Dr. Pudo and LCol Jake Galuga, then of DLR, co-authored a white paper that captured the state of HEL technology and made the business case for integrating it into an Army platform.

“That paper grab traction in the Army,” said Miedema. “When you come to a white board with other players within the Army and the military, you see there are a lot of other people with a vested interest. The scope was originally defined in terms of missions for engineers, but more missions and more requirements have been developed for the greater military as a whole.”

AIEDDD has yet to become a fully funded project and move into the identification phase of the procurement cycle, but money and resources have been assigned to support a technology demonstration project this year.

Miedema, who has been involved in the project for the past 18 months, acknowledged that while the engineers would undoubtedly be the early adopters as they strive to improve counter-IED (CIED), gunners seeking air defence solutions to counter unmanned aerial systems (UAS) and other stakeholders such as the navy, air force and special operations would likely force a separation into CIED and joint projects.

“Instead of the engineers funding the entire project out of their mandate, we will likely see a shift [during which] the joint requirements for the military would become consolidated,” he said, though the Army might retain the lead to ensure artillery, infantry, armour, and engineer requirements “are properly defined.”

One of the reasons for increased interest in weaponized capability is a dramatic change in the “overall characteristics of the technology,” Miedema said. Beyond a shift from chemical-based to solid state lasers, the demands for space, power, stability, among other requirements, have drastically reduced, making it much easier to integrate a laser system into an infantry vehicle, combat vessel, or aircraft.

Ships and planes, however, will have more latitude than a light armoured vehicle when it comes to accommodating a laser weapon, suggesting the eventual solution will likely be a purpose-built vehicle, perhaps with the capacity to incorporate other electronic warfare capabilities.

“It is hard to physically put in a compact laser weapon system without trading off something,” he said. “We’re still talking about large amounts of batteries, a large box, cabling, and the physical plane of the vehicle being consumed by a new piece of equipment. You can’t necessarily have an infantry fighting vehicle with eight to nine people in it and a weapon system.”

Miedema has looked at demonstrators like Boeing’s High Energy Laser Mobile Demonstrator, a 10-kilowatt solid state laser installed on an Oshkosh tactical vehicle to strike mortars and UAS, which has been billed as “the first mobile, high-energy laser, counter rocket, artillery and mortar platform to be built and demonstrated by the U.S. Army.”

“You can take a vehicle and, with a reasonable amount of space, weight, and power requirements, install a system capable of several different missions,” he said. “You can also link with a target acquisition and tracking system and you have a counter mortar and small projectile capability.”

Properly defining the roles and missions of a laser weapon capability will be critical before any procurement program is initiated, he added. “You need to be very specific with what you want to do with it.”

To date, DRDC has built its test systems with commercially available components, but the Army will be looking to industry for solutions on how best to integrate and operate a vehicle-mounted laser weapon, including how to track multiple targets and ensure weapon stability when the platform or target is moving.

“We are in that great time where the requirements box is wide open,” said Miedema. “We are actively pursuing available, and soon to be available, technologies. We are working to define the role, mission set and a lot of the requirements of what this would look like. And there are several big companies that are at that point where they have a ready-to-go solution.””

The AIEDDD project is not expected to begin options analysis until the early 2020s. But at the rate laser technology is advancing – Boeing is now considering a laser-mounted weapon for a future variant of the V-22 Osprey tiltrotor aircraft – and as IED and UAS threats continue to grow, Miedema would not be surprised if a solution is required much sooner.