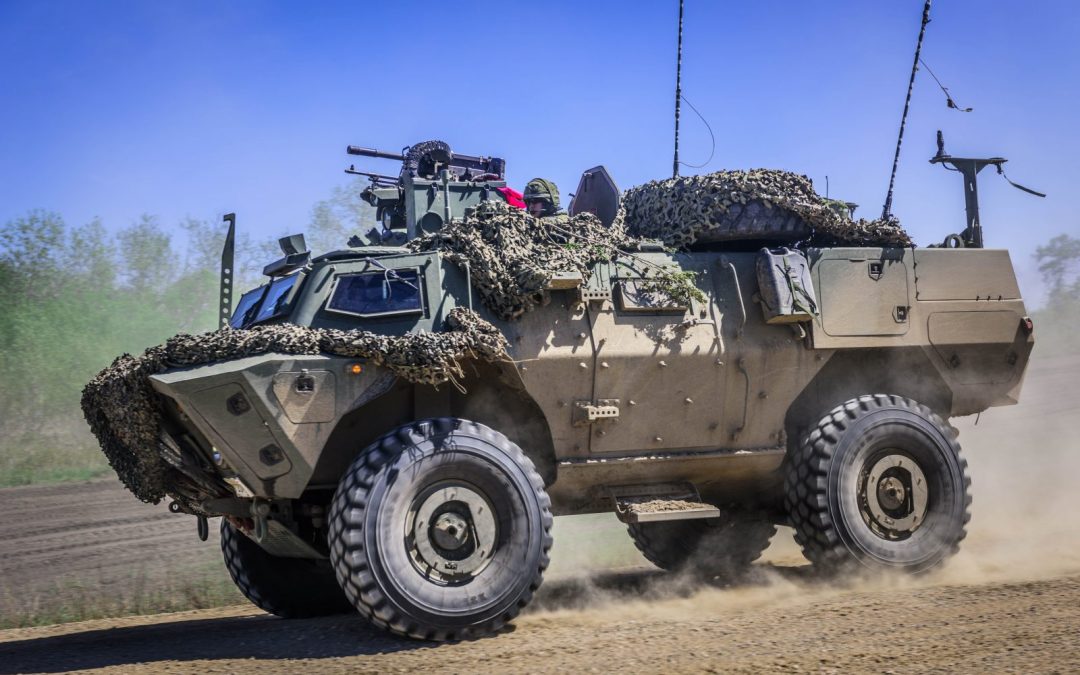 The 2017 defence policy, Strong, Secure, Engaged (SSE), brought clarity, funding and momentum to a large number of Canadian Army equipment projects, many of which had been stalled for some time.

But it also raised concerns about a perennial issue that has affected defence procurement in recent years: Insufficient staff with complex project management experience to steer dozens of Army projects – and as many Navy, Air Force, Special Operations Forces and National Defence – through the convoluted process.

Various deficit reduction measures in the 1990s and, again, after 2011, cut deeply into the procurement workforce across government. “Consequently, there are too few people with the necessary experience and training trying to do too much work at once,” he noted at the time.

Assistant Deputy Minister, Materiel (ADM Mat), the branch within the Department of National Defence responsible for military procurement, has taken strides in recent years to rebuild that capacity. In 2013, the department officially launched the Project Management Competency Development (PMCD) initiative, a program that had been in development since 2008 to help defence project managers improve their technical knowledge, management and leadership skills, and contextual understanding of the procurement and project management processes in DND and across government.

ADM (Mat) also seconded staff to a post-graduate program in complex defence procurement project management at Queensland University in Brisbane, Australia, and, more recently, to a similar program at the Telfer School of Management at the University of Ottawa.

However, far more of that expertise will be required as SSE rolls out over the next two decades. The policy contained 15 Army-specific initiatives, including 10 broad equipment-related programs, and committed $18.9 billion over 20 years to fund them – $8.8 billion for new projects and $10.1 billion to complete existing projects. Those broad categories have resulted in roughly 28 new projects to be delivered in the first 10 years of the policy.

“Our people will require our best efforts and focus as it takes time to ensure they have the required experience, education and training in program management,” acknowledged Brigadier-General Allan Benson. “The PMCD process is [something] my colleagues and I focus on quite extensively … because it really is going to be key for the success of our members and our program.”

Benson is the director general for Land Equipment Program Management (DGLEPM), a division within ADM (Mat) that oversees the delivery of Army-focused equipment for the Canadian Armed Forces. 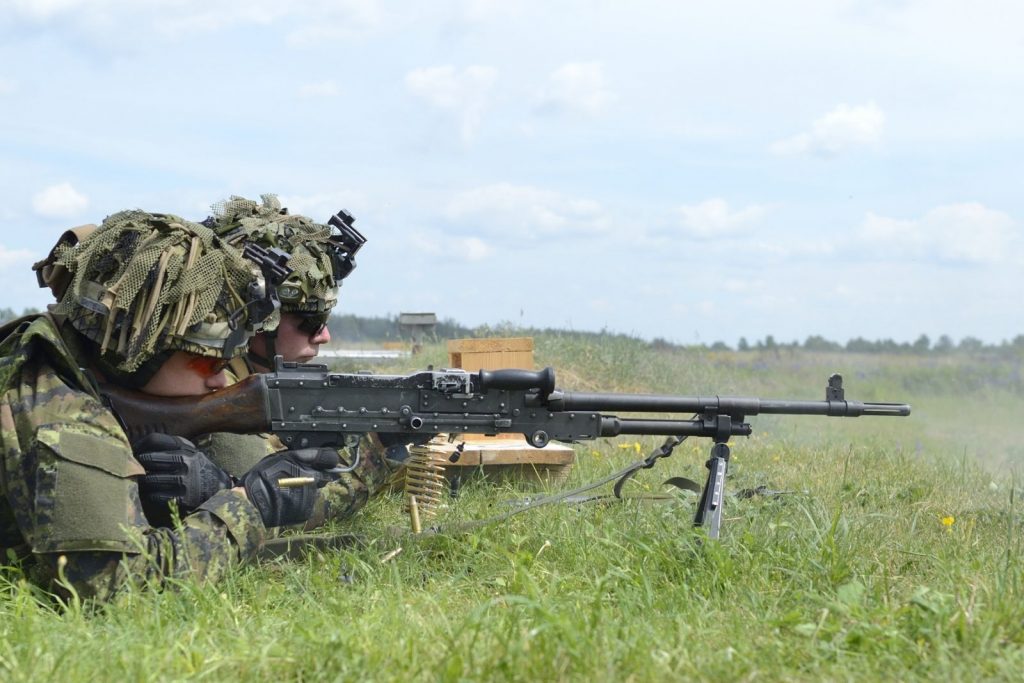 DGLEPM works in collaboration with the Director of Land Requirements (DLR) staff and other government departments, including Public Services and Procurement Canada (PSPC) and Innovation, Science and Economic Development (ISED) to define an equipment solution based on the Army’s requirements, manage the implementation into service, procure spare parts and other system upgrades throughout its lifecycle, and support the Army with engineering advice and services if required.

The PMCD program offers a systematic approach to education, training and experience that is starting to generate interest in other government organizations, Benson noted.

“One of my goals is to ensure that the women and men coming out of the field force into [DGLEPM] learn the business quickly and develop an understanding of what it takes to put a Treasury Board submission through, what it takes to actually get a ministerial approval process signed,” he said. “They understand the teams they need to lead and their responsibilities as project managers for the successful delivery and oversight of the program to ensure that the requirements are met, it’s within budget, it’s the best product for the money, and the soldiers have what they need. They will develop a real solid understanding of how to work in a whole-of-government environment.”

As a result of SSE, the Army made DLR a “priority one” posting, increasing staff to almost 100 percent capacity. DGLEPM, too, is a beneficiary of that new momentum. “We’re seeing a lot of that reinforcing fire,” Benson said.

Consequently, recruitment and professionalization of the workforce have been high priorities. DGLEPM has expanded internships and other means to introduce more students to project management, and developed initiatives in addition to PMCD to improve competency.

The organization manages about 70 projects a year and while there is a formal handover from DLR as a project transitions from the options analysis phase of procurement to definition and implementation, DGLEPM seeks to engage as early as possible in the life of a project to understand the Army’s requirements.

“With respect to project leadership, the Materiel Group is responsible for the definition and implementation phase of projects, but this is always conducted in close collaboration with the project sponsor,” said Benson. “Regardless of the fact that there is a handover of responsibility, that engagement between Chief of Staff, Strategy and myself is ongoing at all times, and that carries on down through the organization. My teams work directly with DLR and his team on the individual projects as we go forward.”

As examples, he pointed to the successful LAV 6.0 upgrade program – the last vehicle is expected to be delivered within the next 18 months – already deployed on Operation Reassurance in Latvia; ongoing implementation with DLR of the future headquarters shelter system; engineering and other support to modernize the Land Command Support System; procurement of the new C-6 general purpose machine gun; operational clothing, a complicated project with a lot of human factors engineering; and the Integrated Soldier System Suite, a three-phased project that is preparing requirements for cycles two and three even as it delivers cycle one.

Success is the result of the disciplined execution and a sound understanding of Army priorities and requirements, he said. “Don’t underestimate the importance of early engagement with those that we support.” 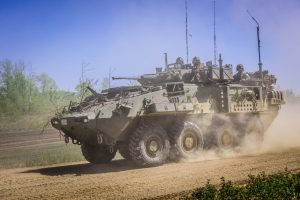 Central to the 2017 defence policy is the ability of the Army to conduct and sustain operations in multiple theatres concurrently. If sustaining new and legacy equipment across a country the size of Canada presented a challenge, DGLEPM is also procuring spare parts, training, and other services for multiple missions elsewhere.

Though supply chain logistics are determined by the theatre commander, working with Canadian Joint Operations Command and the Strategic Joint Staff, DGLEPM must coordinate with industry contractors to ensure LAVs, artillery and networking capability are maintained with the necessary components.

“Our challenge here is to build a system that is flexible enough to respond to the different demands,” said Benson. “Ideally, we aim to anticipate and plan ahead for the challenges and, for the most part, we do that. However, there are always challenges to be managed. With the demand for concurrent operations, we want to be sure we are ready to support regardless and we need to build capacity to meet the challenges that come up.”

To add another wrinkle to the sustainment mix, as of June 2016, every new and existing military maintenance and repair procurement valued at $20 million must follow the Sustainment Initiative, a collaborative effort across departments to tailor in-service support (ISS) solutions based on four principles: performance, value for money, flexibility and economic benefits.

“It is basically taking a business case approach to understanding what are the ISS requirements,” said Benson. “We may not have always jumped into a real detailed level of requirements in the past. Now we are getting a little deeper into what are the Army’s requirements. It is a new way of looking at it, which may mean more horsepower up front, but it will allow us to build something a little more flexible.”

The additional demand on staff at the front end, though, is partially offset by the “opportunity for us to really dig in and leverage a lot of best practices,” he said. Faced with a growing requirement to ensure almost every piece of equipment can share data across an Army network that must be protected, the early business case analysis should allow more flexibility to consider the sustainment requirements of multiple systems-of systems, he noted.

In-service support may soon be aided by a lot more health and usage monitoring systems (HUMS) as well on vehicles and weapon systems. Later this year, DGLEPM will assume the ISS for the Tactical Armoured Patrol Vehicle (TAPV), the first combat vehicle with a dedicated HUMS.

Working with the contractor, HUMS represents an opportunity to deliver better maintenance by understanding which spares are needed, where and why, but it requires “asking the right questions and pulling the right data,” he said.

Further innovation may come from emerging technologies such as artificial intelligence, but most of it will originate at the “grassroots” level in DGLEPM itself, he said. “The Sustainment Initiative gives us an opportunity to look at how we do business and seek to continually improve.”