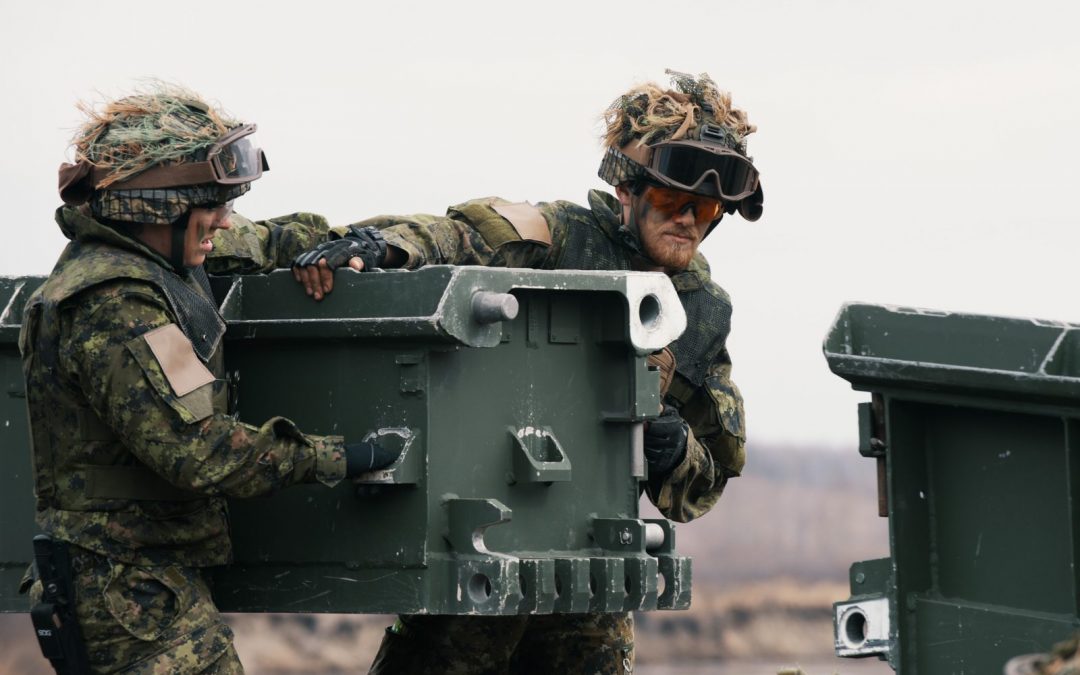 Tomorrow’s Canadian Army will get to the mission faster and safer, moving over a new generation of bridge and gap crossing equipment. At the Directorate of Land Requirements, Major François Langis has been working on the Bridge and Gap Crossing Modernization (BGCM) project to replace the current gap and bridging inventory with up to six new systems that will enable commanders to deliver assets to meet any operational challenge.

With 20 years of service and three years in the Reserve, and tours in Bosnia and Afghanistan, Langis well understands what the Army needs to keep moving. “This project is designed to replace all of our military gap-crossing equipment capabilities,” he said. “Some of the current equipment is now more than 30 years old. Much of the bridging equipment just doesn’t meet our requirement anymore because it can’t support our heavier vehicles. It is time to replace everything.”

With a budget between $250 million to $499 million, the BGCM project is a complex procurement that could deliver six capabilities: Short, medium and long support bridges; heavy assault bridges; line-of-communication bridges: and heavy floating bridges.

The Army uses support bridges to establish communications quickly in tactical operations, while the line-of-communication bridges typically remain in place for longer periods of time to sustain military forces. The floating rafts and bridge enable wide water crossing. Assault bridging is a capability the Canadian Army divested about 10 years ago, when the bridging equipment could no longer support the weight of newer equipment.

Assault bridges are put in place by tanks while under fire or threat of fire. However, as well as being mounted on tanks, “the same bridge can be mounted on the back of truck. Both of them can launch and recover the bridge,” Langis explained. “When you don’t have a threat and you’re moving faster, you can do it with a truck. Also, the truck can be used to resupply the tank. It can drop the bridge anywhere for the tank to pick it up. And it can go behind the tank, recover the bridge and bring it forward again.”

The project will also replace the medium girder bridge, the current support bridge that has been in use since the 1980s. “That is the most common support bridge in the world. Almost 50 countries procured that bridge in the ‘80s and ‘90s. It’s still being used but it does not meet our requirement completely anymore and it has done its time,” he said.

The current line-of-communication bridge, based on the famous Bailey design of the Second World War, is being replaced. As Langis pointed out, bridge companies have been improving the product with more modern materials and designs to enhanced capabilities, so there should be a good selection for the Canadian procurement system.

“Today’s bridging equipment offers more load-bearing, particularly in the support bridges. A lot of development has been done,” he said. “The medium girder bridge still provides great flexibility in that it can be used for a wide variety of gap widths, however, it is troop and time intensive to build; it used to take a full troop of engineers, 30 to 40 people, and a couple of hours, sometimes up to eight or 10, depending on the site and length.”

Today, he said, the replacement bridge will take about eight to 10 people and an hour and a half to two hours to build, and it will deliver an increased load capacity as well. “With the medium girder bridge, we used to have to lift about 100 pounds of weight per person for hours. It was all built by hand. The new bridges, we don’t need to do that anymore. It’s all mechanically assisted and you don’t have to lift manually,” he said.

The short support bridge will deliver a capability the Army has never had. It resembles the old medium girder bridge, but it is much smaller and lighter. “This is for the situations like we had in Afghanistan with a lot of culverts and very short gaps, where you don’t want to spend hours to bridge it. This new type will be buildable by four people. It’s very light and it will take about 10 minutes to install. And when you’ve [crossed], you can leave it or recover it and keep going.”

The ability to deliver and build bridges quickly is almost unique to military organizations, so the Canadian Army is often called in to deal with civilian emergencies. Under current planning, Langis said, “We’re going to have some of our bridges prepositioned across the country to allow us to move if there is a disaster in Canada or to assist the civilian authorities if they don’t have the capability.”

In these situations, he said, the Army’s familiarity with the line-of-communication bridge is a particular advantage, “because we know how to build them and we know how to build them fast. For example, in Laval two years ago when there was flooding, we actually built the line-of-communication bridge. We didn’t own it; the city of Laval rented it and we built it for them, because we could do that the next day.”

Strengthening the Army Reserve is a critical component of the 2017 defence policy and bridge building can be a visible demonstration of the value of Reserve units in their communities. “Currently, we have 10 engineer regiments across the country. Most of them own the small version of our line-of-communication bridge at the moment. This project will replace the bridge they have now with a new one,” he said.

These reserve units will also receive the short support bridge, greatly improving their capability to support their respective Reserve brigades during domestic operations and for all-arms training. 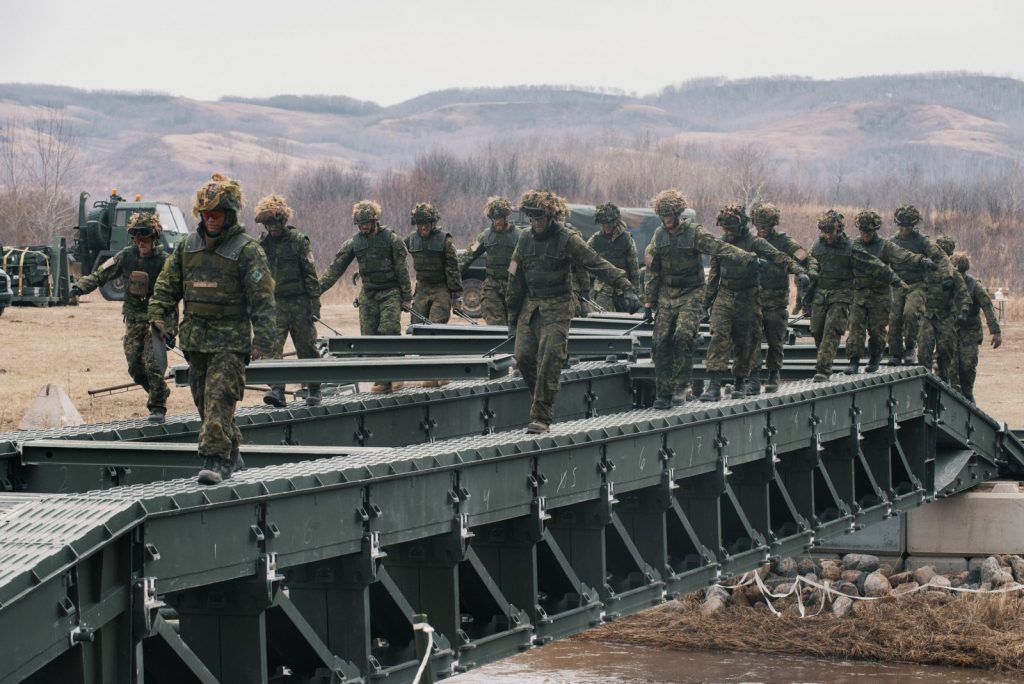 The Bridge and Gap Crossing Modernization project began around 2011 when the Army started to identify various requirements. “Since then we have been building on the ‘what do we need’ question, studying how many pieces of equipment we might need in each category,” said Langis. “We have determined the six types of equipment we want to deliver, and we have talked to allies to make sure we have coordinated our requirements so we are interoperable with each other.”

The project has successfully passed the Defence Capability Board twice and met with the Independent Review Panel on Defence Acquisition that advises the Minister of National Defence.

While all six capabilities might be bridges, the high-level requirements are different for each. In fact, said Langis, “it is like six sub-projects in the end, so when we analyze what we really require to be included in the full scope of the project, we can pick and choose. If we don’t have the budget for everything, we can choose not to procure or to postpone the procurement of one of the capabilities. We could also increase or reduce the quantities of the other ones, matching requirements to budget.”

The end result should be the best combination of bridge and gap crossing capabilities to carry the Army into the future.