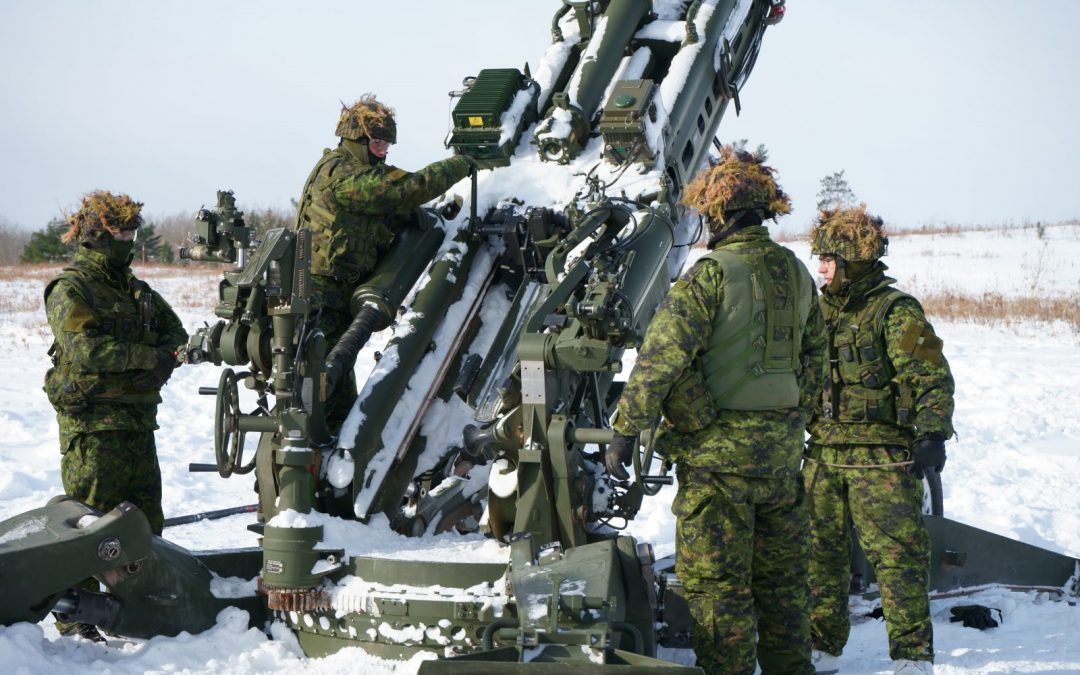 “The pressure hasn’t been too bad because you are enjoying it at the same time,” said Second Lieutenant Shannon Snape as she ducked behind a truck to get out of the wind breaking over the nearby treeline. “But there is always pressure as you are being evaluated, [because] there are lives on the line at the other end.”

Snape, of the 1st Regiment, Royal Canadian Horse Artillery (RCHA), was being assessed on her ability to conduct an open action, direct fire of the M777 Howitzer as a candidate on the Royal Regiment of Canadian Artillery School’s development period (DP) 1.2 course. She had been living outdoors for the better part of a week in snow and freezing rain, and although the temperature was hovering just above -25 Celsius on this mid November morning, neither she nor any of her troop on the gun line appeared ready to pack it in. Many, in fact, considered the brutal conditions a right of passage.

The DP 1.2 course prepares new junior officers for command of an artillery troop in the field force. It’s not only a tactical course that demands a high level of technical proficiency with the guns, it’s also a test of leadership.

Over the previous seven days, Snape had acquired experience as a command post officer, a reconnaissance officer, and a gun position officer, as well as how to clear artillery manoeuvre areas, place the guns, and set the gun line to correctly move into position.

“You add in the austere conditions, the stress of actual people and communication and equipment that doesn’t always do what you want it to do, changes to plans as the tactical scenario changes, and fatigue sets in,” said Major Joe O’Donnell, deputy commander of the Artillery School. “But that’s good. They are overcoming these barriers and next week they will be far better then when they started the exercise.” 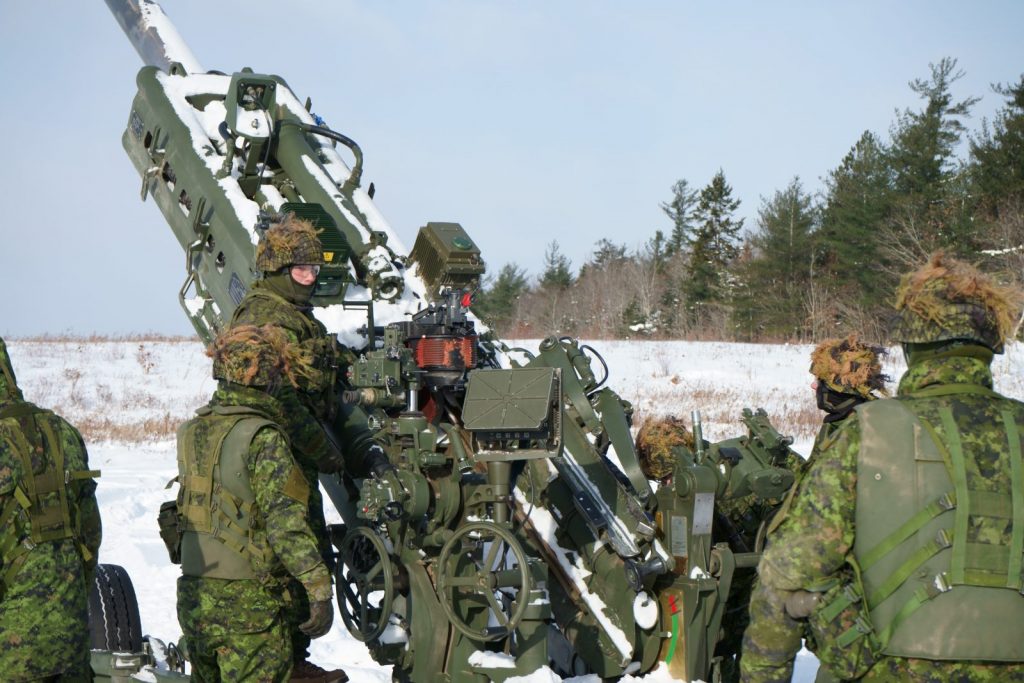 The DP 1.2 course was one of five being assessed during a large-scale culminating exercise, Autumn Gunner, conducted in the 5th Canadian Division Support Group Base Gagetown training area. Others included the DP 1 course for privates learning how to operate and fire the M777; the Gun Area Troop Sergeant Major course for warrant officers preparing to become troop sergeants majors and technical experts on the artillery systems; the Forward Observation Officer (FOO) course, an exhausting assessment of the ability of mostly captains to plan and call in fires and advise commanders in both a mounted and dismounted role; and the Instructor-in-Gunnery and Assistant Instructor-in-Gunnery course, the year-long flagship program of the school to ensure instructors are true experts in the art and science of artillery fires.

For the more than 80 candidates in the field, Autumn Gunner was a thorough assessment of their individual and collective skills. For the artillery school, though, the exercise was part of an ongoing effort to better align its courses around core training exercises.

“It allows us to be good stewards of our resources,” said O’Donnell. “Instead of having one bullet train a FOO student, and then another bullet the next week train a DP 1.2 junior officer in the command post, we have that same bullet train a FOO, a DP 1.2 candidate, an assistant instructor-in-gunnery, and perhaps a DP 1 private who is about to be gunner.” The exercise fired over 1,000 rounds.
Where previously some of the culmination exercises for each course might have been conducted separately, the school has since the summer of 2018 sought to align its programs around two core exercises, Common Gunner, a concentration exercise in the summer, and Autumn Gunner in the fall.

Autumn Gunner required about 120 personnel from the school and the base to deliver the exercise, including W Battery, the heavy lifters of the artillery school. This year, though, they were able to concentrate their efforts in the field for an intense, but compressed, period around the two exercises, rather than supporting different exercises over successive weeks.

“It took some flexibility, some creativity and a lot more effort and early planning from the operations cell, but the return on investment is … less time in the field, a more concentrated focus, and they are able to achieve more,” said O’Donnell. “I think this year [W Battery] averaged close to 200 days in the field, which is not as it was previously. And a lot of that is a testament to the way we have realigned our training and ability to focus on these two focal points.”

The larger scale of Autumn Gunner also created an overarching headquarters element on par with a regimental exercise, presenting the school with an opportunity to train more than the course candidates. “That is not what we are trying to achieve, but if we can train our operation officer because we have all these courses underneath us, then why not take those training opportunities when they arise,” he said.

For the final weekend, the exercise integrated members of 1st and 3rd Field Artillery Regiments, Reserve units from eastern New Brunswick, creating the equivalent of regimental fires with the additional callsigns. “You’ll often see one battery shooting at a number of targets with a number of FOOs; here you get three callsigns shooting, and that creates a whole other level of complexity. It brings us back to our core competency as gunners, to execute regimental fire missions. We really hold onto this exercise and try to nurture it as much as we can.”