Back in black: Refresh of an old combat boot 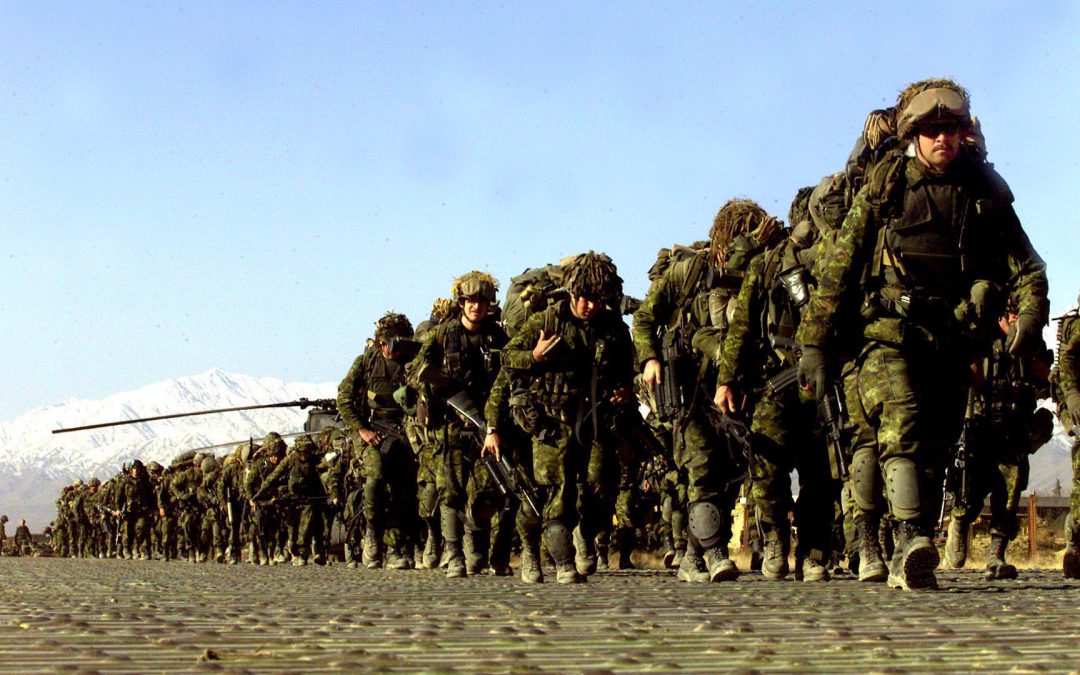 Ian Coutts is an author and journalist living in Kingston, Ontario.

“If you ever want to light up a townhall meeting,” my neighbour, the lieutenant-colonel, told me when he heard what I was writing, “bring up boots.”

That’s not surprising, really. Soldiers spend a lot of time on their feet. Napoleon claimed that an army marches on its stomach, but the reality is that its boots propel it forward.

To help them perform their work comfortably and safely, the armed forces keeps inventories of about 60 different types of footwear, ranging from mukluks to sea boots, with about half of those intended for operational use. 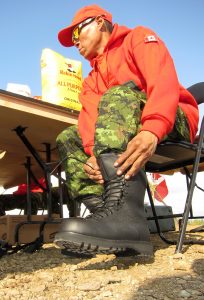 The Army is preparing to add to that inventory with a solicitation later this year for a new general-purpose boot.

Rather, it’s what Edwards called “a kind of continuous acquisition process” – new kit is constantly entering the Army’s inventory.

What is unusual, however, is that just three scant years ago, in 2014, the Army announced the acquisition of new boots under its Land Operation Temperate Boot (LOTB) program. Two models were selected, one created by Kodiak Holdings, the other by L.P. Royer.

“We’ve traditionally had all-leather combat boots, top to bottom, which give good support and good protection,” said Edwards. “But they’re heavy and they don’t ventilate well. And if they get wet, it takes them a long time to dry.”

Instead, the Army decided to go with a composite boot that combined a nu-buck leather base with fabric uppers (and in the case of the boot produced by Royer, came equipped with a zipper up the side for a better fit). Their brown colour would, it was expected, provide better camouflage than their black predecessors. As well, the new boots were much lighter in weight.

“We are always looking for lighter,” said Edwards. “That’s one of our overall principles because, in general, we put an awful lot of equipment on a soldier.”

In what Edwards says was an uncommon move, the boots were field-tested before they were adopted as a part of the acquisition process. “We targeted specific army units,” he said, in Quebec, Ontario and Alberta to test-wear the boots while carry out their day-to-day duties. “It could be long marches, exercises in the field, battle drills. They were able to wear them for a period of time and they were asked to give feedback on them…on how comfortable they were, how durable.”

The field test was “a decision piece of the actual evaluation” – no boot would be chosen unless it passed the critical appraisal of those soldiers.

The decision to go with two separate boots was a conscious one, part of what Edwards called “managed choice.”

“Our users span from infanteers to support trades, from people who are on their feet all day to those behind a desk, so we were trying to give them a way to find the boot that fit their requirements better,” he said.

The initial order called for 28,000 pairs of the boot developed by Kodiak, a deal worth $4.2 million, and 52,000 pairs from L.P Royer, worth $7.5 million. The contracts included an option to buy up to 70,000 additional boots over the course of the next four years.

Once the rubber hit the road – or the boots, the ground – on a more regular basis, “we came up with problems, mainly with the durability of the boot,” said Edwards. According to an article in the Toronto Star in June, these problems included the boots’ material breaking down and the zipper on the Royer boot coming apart in cold weather. There were also problems “with the supports to the soldier, the rigidity of the ankle supports.”

Soldiers also had issues with “the maintenance of the boot,” said Edwards. “It was difficult to keep clean, and it wasn’t quite the same as the whole leather boot that we’re used to.”

Soldiers will feel right at home with the proposed boot, which is, in fact, a return to a newer version of the old boot. If the procurement goes as planned, the Army will begin receiving the new footwear in August or September 2018. Heavier, black and all leather, and a little higher – 9 inches rather than the LOTB’s 6-7 inches.

The initial request calls for delivery of 40,000 pairs in a single type. “That concept of managed choice is still in our lexicon, and our planning for the future, but for the immediate term, with this particular procurement, we’re just buying one style of boot,” said Edwards.

Purchasing a piece of kit like boots will ultimately always involve trade offs. “One thing usually comes at the cost of another,” he acknowledged. “With the LOTB, we went to a composite boot, trying to go for a lighter boot. Now we’re swinging back because of the feedback we got. We’re always looking for that optimum balance.”