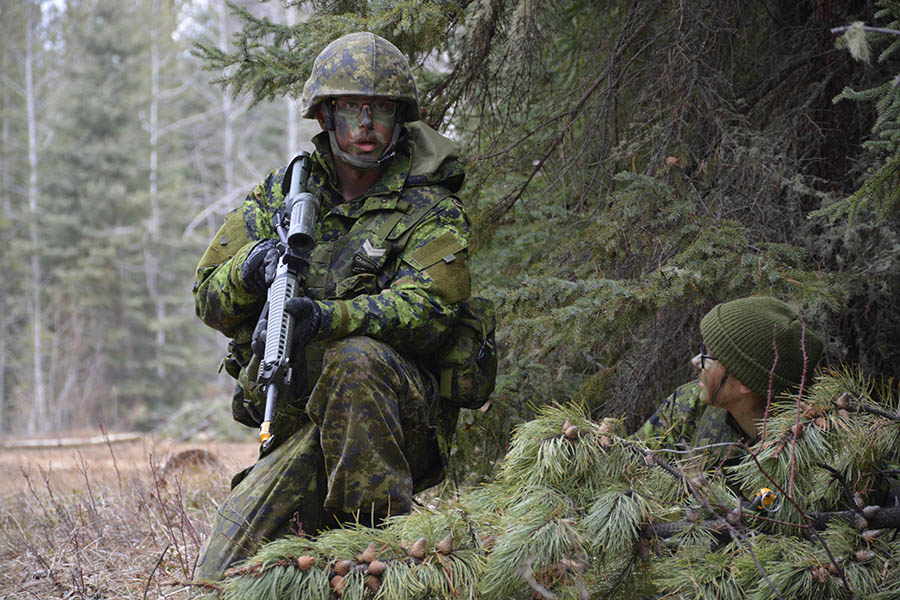 2018 will mark the start of a Full-time Summer Employment (FTSE) program in the ARes, through which new recruits will be guaranteed full-time summer work for the first four years of their service.

This is an ideal opportunity for students, who will now have reliable, predictable income to support their educations while exploring the wide range of trades that make the ARes an integral part of Canadian Army operations.

“FTSE gives our new soldiers the opportunity to explore stimulating careers in the Army Reserve, including non-combat careers that could potentially relate to their field of study,” said Lieutenant-Colonel Sonny Hatton, who is in charge of implementing the FTSE initiative nationally.

FTSE is not just good news for students, though. A number of instructor and support jobs will also be allocated to those who have joined the ARes since 2015.

“Reservists in their first four years, who so desire, can expect to be employed for the whole summer where they will primarily participate in individual training and various summer tasks typical of the ARes, such as participation in exercises and ceremonial duties,” LCol Hatton explained. “All while earning a very decent wage and gaining valuable work experience.”

“Our recruiters work with local units to offer opportunities to potential recruits that match their interests and can greatly expand their experience, knowledge and future employability after they finish high school, college or university. The ARes also creates opportunities to obtain valuable on-the-job-training, to network and gain references in the technical trades.” 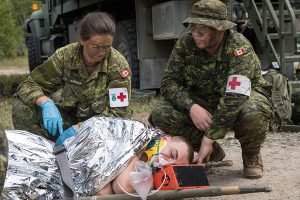 The ARes is a highly skilled and diverse workforce with a wide range of employment opportunities – and not all of them are combat roles. The ARes also needs engineers, cooks, mechanics, and communications and information systems specialists, to name just a few.

“For a musician, the ARes is a unique opportunity,” said Corporal Thomas Argent, a young Reservist who has been part of the Governor General’s Foot Guards (GGFG) for nearly three years.

The GGFG is an Ottawa-based Reserve infantry unit that also supports official ceremonies in the nation’s capital, where members can be seen in their distinctive scarlet tunics and bearskin hats.

“A lot of my musician friends are going from gig to gig just to make ends meet, and it seems a little stressful for my liking,” Cpl Argent added. “Even as a part-time Reservist, I was able to make good money just playing in the band. I’ve also been given a lot of opportunities to work in different places, including administrative roles, public duties on Parliament Hill, and in a music library.”

The ARes offers opportunities to serve Canada in a meaningful way in an equal-opportunity work environment – one that is stable, but has flexible work arrangements. Reservists are vital to the Canadian Armed Forces (CAF) and members of the ARes can volunteer to deploy on short notice, particularly in domestic operations, such as fires, floods and ice storms.

For example, in 2017, Reservists supported provincial authorities in responding to an ice storm in New Brunswick, forest fires in British Columbia, floods in Quebec and Ontario, and provided shelter to asylum seekers in Quebec.. Many more have deployed on international operations to Ukraine, Latvia, Kuwait and other places where the CAF in engaged in operations abroad.

2018 also marks the 20th anniversary of one of the largest Canadian natural disasters and peacetime deployments of troops in Canadian history: thousands of Reservists responded to the 1998 ice storm that affected Ontario and Quebec. During the crisis, Reservists provided shelter and medical care, and assisted in the restoration of the power grid.

The FTSE program is offered from May 1 to August 31. For more information, visit your local unit as soon as possible and talk to a recruiter or visit www.forces.ca where you can find a wealth of information about joining the Canadian Army Reserve.