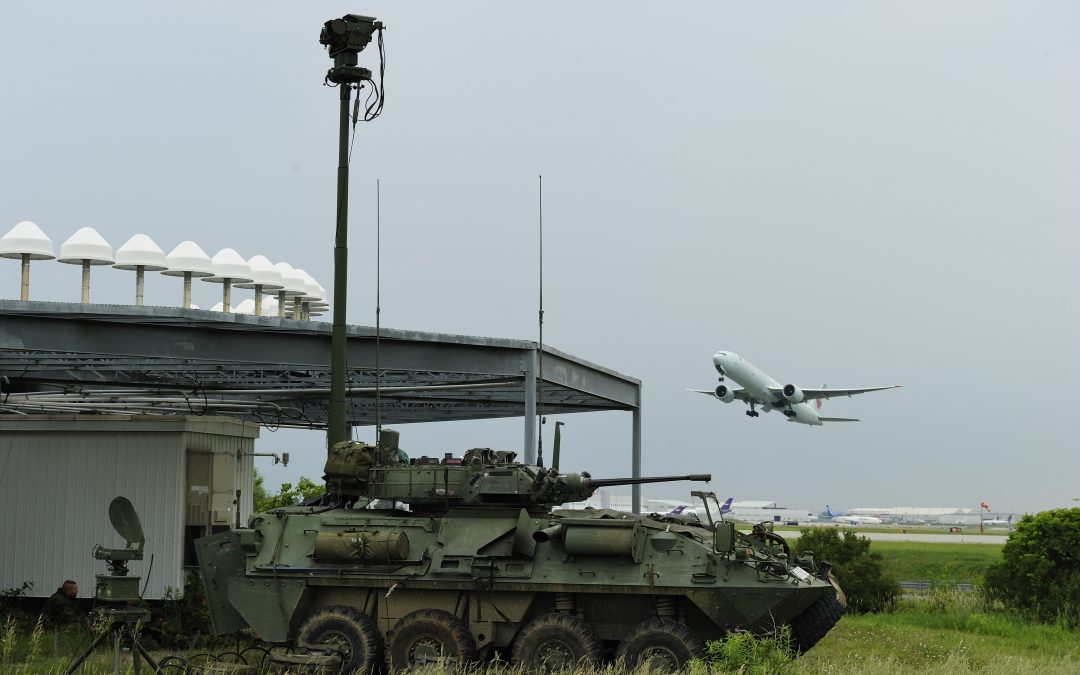 “There’s no such thing as a crowded battlefield.” The words are Alfred M. Gray’s. The former commandant of the United States Marine Corps, Gray was speaking metaphorically (the next words in the quote are, “Battlefields are lonely places”). In fact, the modern battlefield is, increasingly, a very crowded place.

“The tempo is so fast and the space so small, the potential for conflict between airspace users is always present,” said Master Warrant Officer Joseph Stirmey, one of the subject matter experts currently working on the Air Space Coordination Centre Modernization (ASCCM).

This is particularly true where aircraft are involved. The consequences can be catastrophic, as Canadians learned first hand in Afghanistan at Tarnak Farm in 2002. Four soldiers died as a result of battlefield confusion that saw them attacked by American aircraft, whose pilots were unaware of the Canadians’ presence. The Canadian board of inquiry that examined the incident concluded that it might have been avoided if certain deficiencies in air control and coordination had been corrected.

“One of the reports basically stated that there was no oversight on what was going on in the battlespace. Guys were doing their thing. But for lack of a better word, there was nobody stepping back and looking at the bigger picture.” 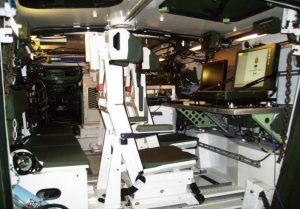 To address this deficiency, the Canadian Army created the Air Space Coordination Centre, drawing on members of the 4th Regiment (General Support), the Royal Canadian Artillery, a formation that had extensive experience in air space. The idea of the new centre was to enable this expertise to operate away from the battlegroup headquarters and work with troops forward, to attempt to “deconflict” the battlespace. The necessary equipment was hastily acquired and five LAV II Bisons were modified as ASCCs.

“Because it was so quick getting it in theatre,” said Stirmey, “the normal procurement process was accelerated. The equipment that they got was cutting edge at the time, but as time progressed new equipment was needed if they were to remain interoperable.”

Work on a replacement began in 2010, with Stirmey, an RCA member and a Master Gunner, joining in 2011.

“The modernization provides the research team with a great chance for the Army to see what is out there, to renew the equipment and to make sure that the support contracts are in place,” he explained. “That way equipment can be upgraded and updated as time goes on. It’s also an opportunity to see what the Navy and Air Force are doing and make sure that we are interoperable with our allies.”

That term “centre” is a little misleading. “I have had people ask if it’s a building, it’s not a building,” said Stirmey. “It’s a capability, basically software and radios, that can be housed in a LAV 6, an MSVS shelter or in a tactical operations centre environment, independent of the platforms. The radios will allow us to gather information from different sources – multi-use radars and so on. The software allows us to visualize this and have a look at it.”

“The modern battlespace is very different,” he added. “Not only do you have the ground forces with multiple airspace users like indirect fire, helicopters, close air support and unmanned aerial vehicles, but in some instances, civil aviation is in there as well.”

With the new ASCC system, an operator will have a radio and laptop with the radar picture of all aircraft in the area. “You can then close that tile and open another and see the ground forces,” he explained, allowing the operators to juggle artillery and mortars, helicopters and fast jets “to make sure that nobody gets in each other’s way.”

Plans are underway to develop five of the Army’s LAVs into mobile command posts, each with three workstations, to replace the Bisons. The system could also be set up in an ISO container configured as a command post.

Given the relatively confined spaces the operators will be working in, the Army is looking at acquiring new, smaller data link radios, shifting from “something the size of a desktop to something the size of an iPad” and ideally closer to 20 pounds in weight than the current 80, said Stirmey.

Currently, the research teams are looking at new data link radios, such as the VIASAT Small Tactical Terminal and the Rockwell Collins Tacnet Tactical Radio, as well as examining potential bidders for the tactical air coordination software.