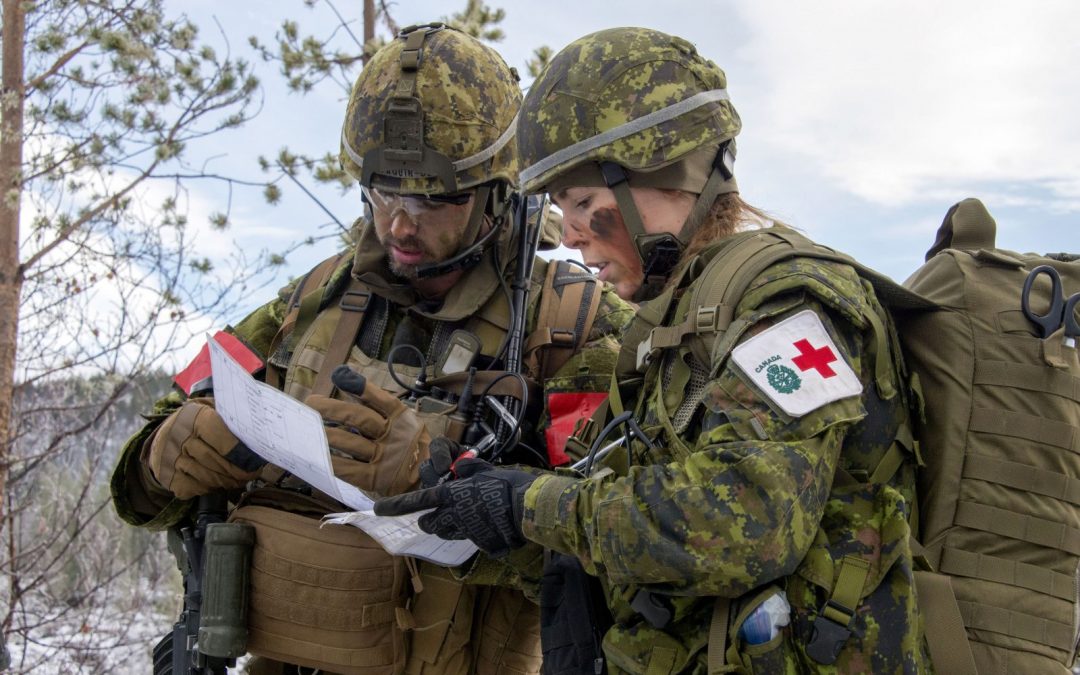 R&R used to mean “rest and relaxation” in the military lexicon. Nowadays, in the Canadian Armed Forces, it’s more about “recruitment and retention” as the all-volunteer service tries to attract new personnel and, perhaps more important, hang on to them in an era where one job for life often is no longer the norm.

That can be a challenge on the ground, at sea or in the air, but Colonel Stephane Boucher, the new Director Personnel Strategy at Military Personnel Command (MPC), clearly relishes the prospect of what he said is a new direction for CAF human resources.

The 32-year Army careerist and former commander of CFB Valcartier said he expects the transformation to a more “human” organization to be understood by all with the release of a CAF Human Resources Strategy in 2021.

“Kids today don’t want to just listen to their parents about how it’s a great opportunity,” he said. “Nor do they want to just read something on a website or whatever recruiters used to hand out. They really want to understand.”

That’s why the Army, like the other commands, is relying increasingly on open public events and on social media “influencers” – one of whom has more than 800,000 followers – to get out the message not only to Canadian youth, but also to the diverse elements that make up the country’s cultural quilt. “That’s us trying to modernize our approach.”

Operation Generation is “the recruitment piece” of the modern machinery, designed to meet the CAF’s employment equity goals for women, indigenous communities and visible minorities, all of whom have had to deal with what Boucher called “friction points” when considering the CAF.

Having made progress in the civilian public service, the federal government has given the CAF a similar mandate on such issues as sexual misconduct, which means “realigning behaviours and attitudes of personnel with the military ethos of ‘duty with honour’.”

Boucher said Operation Honour is the latest initiative in “a complex mission that will require a significant and sustained effort over many years” and that mission success will be achieved when all personnel can perform their duties free from assault, harassment and discrimination.

“We’ve truly ‘weaponized’ the chains of command to work at eliminating harmful and inappropriate behaviour,” he said, through training at all bases to address behaviour at its source.

The CAF is also modernizing how it relocates personnel, no mean feat in a federation where provincial and territorial policies often are unaccommodating. “It’s not about making military families ‘better’ or ‘preferential’. We want equitable treatment.”

One vehicle is Seamless Canada, an initiative to address some of the discrepancies between provincial and territorial policies by working with liaisons in provincial legislatures. Three major issues are health care, spousal employment and education.

Access to provincially-delivered health services and to primary care providers are a priority. “You move from province to province and just as you start to get close to the top of a waiting list at a clinic, you move and go back to the bottom,” said Boucher.

He threw his hands up when talking about spousal employment, saying he’d lost count of the spouses he has met over the years, notably teachers and nurses, who cannot transfer easily from province to province. He was equally frustrated by provincial differences in education, which “can have a huge influence on the CAF’s ability to retain valued personnel.”

As for the overall issue of retention, the CAF is expected to introduce a formal strategy this year. Canada fares better than many allies, but there are concerns about numbers when digging into the more than 100 CAF trades, many of them requiring skill sets prized in the private sector.

“The strategy will have something that I currently call targeted retention, finding out which trades are the most stressed or … groups where there’s an obvious shortage,” said Boucher, noting the directive from the Chief of the Defence Staff to increase women in the CAF to 25 percent of the force.

While the full impact of the initiatives may take time, he said he owes it to the next generation to ensure that all members get “a fair shake” going forward—including the three of his four sons who are in uniform.

He agreed there’s a societal shift looming in the CAF generally. “We have some fantastic leaders … and I think there’s a whole lot more humanity to the system now than there was 20-25 years ago. We’re in really good shape.”