A farewell to the Leopard 1 main battle tank 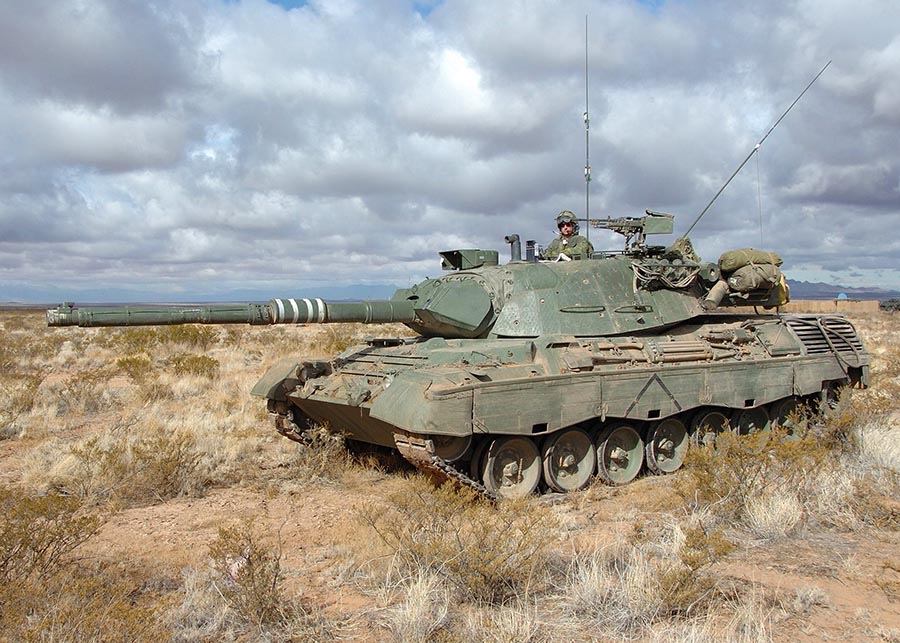 By Captain Scott Franklin, office of the Director Land Requirements

Gatineau, Quebec — Royal Canadian Armour Corps (RCAC) members who had the privilege of working with Leopard 1 Main Battle Tanks (MBTs) are saying farewell to the venerable workhorses, whose service to the Canadian Armed Forces (CAF) is coming to an end.

It is a bittersweet time for armour officers and soldiers, given that only last year, they were marking the 40th anniversary of the introduction of the first Leopard 1s to the CAF. The red ruby is the traditional 40th anniversary stone and they would undoubtedly see the Leopard 1 family as a precious stone in the CAF crown.

“These were by far the best vehicles I had the opportunity to work with in my 38 years of service,” said Major Robert Bouchard. “I went through my Armour Officer training when the Leopard 1 fleet was still new. All the young RCAC officers were hoping to serve in Germany or Gagetown on the Leopard 1 tank.”

The first Leopard 1 MBTs were loaned to the CAF by West Germany in 1977. Their superior accuracy, ease of use and reliability bore fruit early when the Royal Canadian Dragoons’ (RCD’s) B Squadron won the NATO tank gunnery competition that year against major Allied nations.

In the early 1990s, eight Leopard 1 Armoured Engineer Vehicles (AEVs), also known as Badgers, were acquired. These vehicles, based on the Leopard 1 Armoured Recovery Vehicle (ARV) chassis, were used by an engineer squadron in Germany and the engineer school at CFB Gagetown.

With the closing of CFB Lahr in 1993, the Leopard 1s were repatriated to Canada and redistributed to armour regiments and engineer squadrons stationed at Brigade Groups in Valcartier, Petawawa and Edmonton, as well as the Combat Training Centre at CFB Gagetown.

In 1995, the Leopard 1 C1s were upgraded with add-on armour to provide more protection. Two Leopard 1C1s of this configuration were deployed to Bosnia for use in engineering tasks using mine rollers and mine ploughs.

In 1999, further upgrades to the Leopard 1 MBT included replacing the welded turrets with cast turrets, a new gun sight, an improved hydraulic turret drive, and new turret armour. This upgrade was referred to as the Leopard 1 C2. An acceptance ceremony for the Leopard 1 C2 was held at the Cartier Square Drill hall in Ottawa in September 2001.

In 2006, a 15-tank squadron with five operational spares, four ARVs and four AEVs were deployed to Afghanistan to support operations in the Kandahar area and remained there until the repatriation of the Canadian contingent in 2011.

With the delivery of the new Leopard 2 Tank Mobility Implements in the fall of 2017, the last Leopard 1 tanks have been parked for good.

For 40 years, Canadian soldiers relied on the Leopard 1 to provide direct fire support to manoeuvring forces. They will continue their over-watch duties in front of many Canadian Army buildings and bases.