A day in the Army: Learning lessons for business 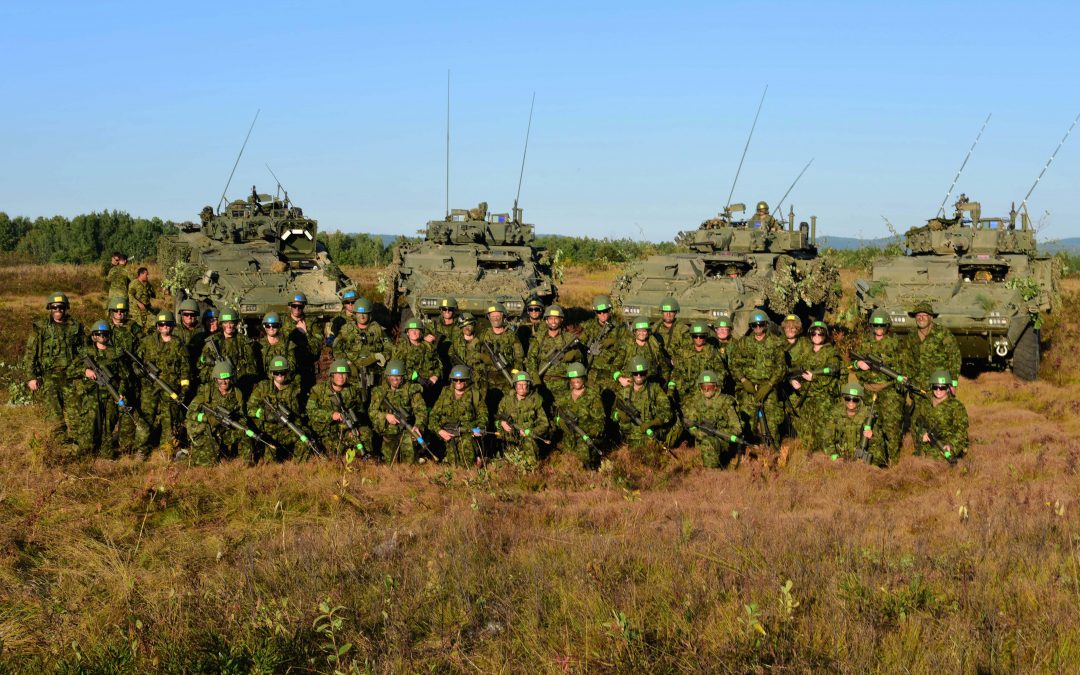 Kevin Ford admits he wasn’t sure what he was getting into when he agreed to join the soldiers of the Canadian Army’s 4th Division for a day on the training range of Canadian Force Base Petawawa.

Despite 10 hours in full combat rig, in sweltering temperatures that exceeded 30 degrees Celsius, the day was an eyeopener for the CEO of Calian Group: a new appreciation for the mental and physical toughness of the men and women in uniform; a new understanding of the role his company performs with the Canadian Armed Forces; and several invaluable lessons for business.

Held once a year in Petawawa, the Army’s Exercise Collaborative Spirit is a rare experience for business executives, government leaders and academics to engage with the army in its complex environment, a chance to fire many of the Division’s weapons, operate its vehicles, simulate parachute drops, and plan and execute ground attacks under the guidance of soldiers.

The exercise also serves as a way to familiarize key stakeholders with the combat capabilities of the Army and an “opportunity to build and strengthen relationships,” explained Army commander LGen Paul Wynnyk.

For Ford, his day included firing the remote weapon station of the Army’s new tactical armoured patrol vehicle and pulling the pin on a howitzer, planning and executing a simulated attack on a town, and securing a forward position from a LAV (Light Armoured Vehicle). It also involved lessons in applying camo paint – less black and more green on hot days – and an “enjoyable” ready-to-eat meal in the field.

More importantly, though, the day provided a series of business lesson, from the role of pre-briefing to ensure mission success, to honest and critical self assessment from the top of the command chain down during the post-mission debrief, “something we have to figure out how to transport from military culture to business culture.”

It was also “a great lesson to me on communications” throughout an organization, said Ford, and on the importance of teamwork. “Everyone had a role to play, a combination of skills critical to mission success.”

For the CEO of a company with multiple service contracts across the Forces, the day was a unique opportunity to see “how the services Calian provides actually connect with Army. “This was the first time I’ve been able to witness firsthand the impact Calian is having on the military,” he said.