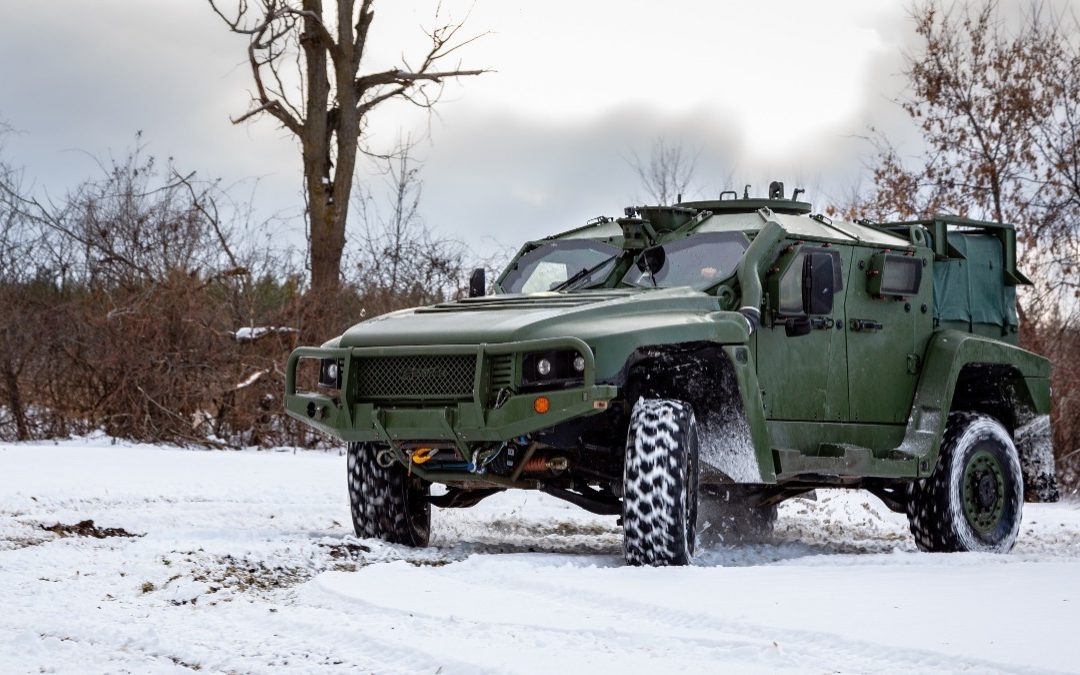 Not many Canadians were hoping for snow and freezing temperatures before Christmas, but few at Thales Canada complained when an Arctic wind and flurries blanketed the Ottawa Valley in early November.

The company has been highlighting the attributes of its Hawkei armoured vehicle, a 4×4 built by Thales Australia, to potential customers around the world, but mostly under hot and arid conditions. It still needed a demonstration of the vehicle’s mobility in ice and snow. Ottawa obliged.

“From our perspective, it was a challenge. [But] we wanted to get the vehicle into a harsh winter environment, and this was a great opportunity to showcase the vehicle [to the Canadian Armed Forces] in Ottawa and Petawawa,” said Ian Krepps, vice president for Thales Canada Defence and Security. “It was a good test … to demonstrate the mobility of the vehicle. While it does operate very well in hot weather, [this showed] it is equally capable, robust and reliable in winter conditions.”

The Hawkei will likely be among a wide range of trucks contending for the Army’s Light Utility Vehicle (LUV) project, which will replace over 2,000 versatile and multipurpose Mercedes G-Wagons and Chevrolet Silverados used by both Regular and Reserve units. It could also come under consideration for the Light Forces Enhancement (LFE) program, which is exploring mobility options for the light infantry battalions.

At seven tonnes, the Hawkei comes in at the high end of the LUV weight class. Project director Major David Gottfried told Canadian Army Today in September that the ideal solution would be in the two-tonne cargo capacity range to bridge a gap below new heavier logistics vehicles that are entering service or in the procurement pipeline. It might also be more truck than the LFE project requires. Trials to date have included ultralight off-road vehicles like the Polaris MRZR-D, but a truck isn’t out of the question.

Despite the weight, the Hawkei is considered a light vehicle – it can be transported by both CH-147 Chinook helicopter and CC-130J aircraft. The Australian Defence Force has procured almost 1,200 to replace the Army’s fleet of Land Rovers.

Finding that balance of armour and agility requires trade-offs, he noted, but the Hawkei has achieved both in combination with impressive options for fire power and integrated communications. “It is a very versatile platform,” he said, configurable for reconnaissance, command and control, electronic warfare, air defence or other missions.

What sets it apart from other platforms as a next-generation vehicle could be the “integration of the electronic systems,” added Krepps. The Hawkei comes with enough onboard power to service control systems, sensor integration and communications, with room to grow. The full extent of the LUV project mission management and communication systems requirements have yet to be determined, but the vehicle already has the “flexibility and growth” to incorporate systems as digital technology evolves, he said.

“We don’t necessarily see the Hawkei as a platform that fights independently. It is very well position to do that, but when you look at concepts such as collaborative combat [and] the network-enabled capabilities that we put into the battlespace, it is not how just one Hawkei operates, it is how several interact to deliver whatever effect you are trying to achieve on the battlefield.”

The LUV project is expected to release a request for information to vendors later this spring. Thales Canada intends to respond, but Krepps hopes the demonstration to members of both project teams under frigid conditions will help ensure they understand how the Hawkei can meet their mission tasks.

“I think there is lots of flexibility to look at everything from cable layers to electronic warfare versions. But at the end of the day, it’s important we recognize the customers’ requirements and decide how we position this vehicle, and whether it can address the broad spectrum of requirements of the program or not,” he said.