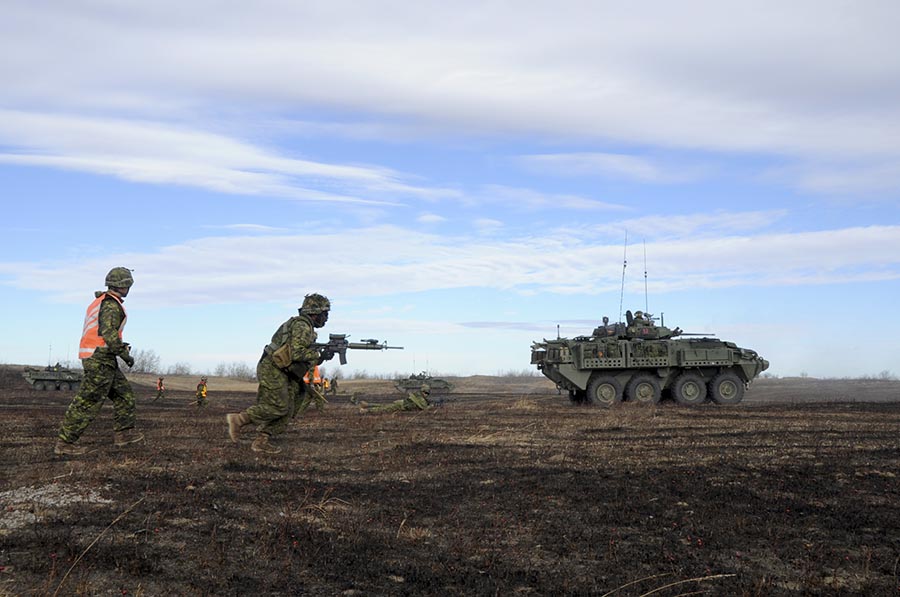 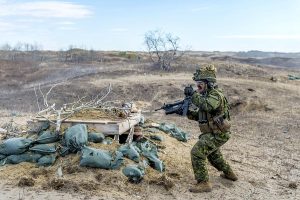 As an opportunity to be re-acquainted with living and working tactically, Ex IRON RAM is preparing 1 CMBG to fight against a near-peer enemy by challenging command and control, mobility, sustainment, and survivability.

“Canadian Army soldiers need to be able to anticipate, adapt and act in complex combat environments,” said Colonel William Fletcher, Commander, 1 CMBG. “Exercise Iron Ram ensures our troops and leaders are ready to do just that when called upon for operations at home or abroad.”

Units ran dry- and live-fire ranges of increasing complexity to enhance combined arms skill through Phase 1 of the exercise, culminating in Combat Team attacks in preparation for Phase 2 of the exercise.

As Ex Iron Ram shifts to its second phase, 1 CMBG is supporting the Combat Training Centre (CTC) in delivering four national-level individual training courses that will be conducted collectively. This phase will prepare future Canadian Army leaders to operate across the full spectrum of operations, and will involve roughly 120 students from units across Canada and 80 staff members from CTC, which is based at 5th Canadian Division Support Base Gagetown.